Projections of how much the melting of ice sheets will contribute to sea-level rise can vary by several meters based on the rate of iceberg calving at the edges of those ice sheets. To provide climate scientists with models that make more accurate forecasts, a postdoctoral researcher at Caltech has created a computer simulation of one of the key processes controlling glacial calving.

Glaciers are moving slabs of ice that slowly grind downhill. Where they end in the sea, chunks break off, forming icebergs in a process known as calving. When temperatures plummet in the winter, those icebergs can freeze together and create a traffic jam that prevents further icebergs from breaking off from the glacier.

During the winter, the glacier loses much less ice to the sea. The eventual spring breakup of what is known as the mélange—that frozen iceberg logjam—occurs suddenly, and is the focus of research by Caltech's Alexander Robel.

"I developed a computer model that simulates how the first iceberg calving of the warm season creates a shock wave that travels through the jammed mélange, breaking it up," says Robel, a National Oceanic and Atmospheric Administration (NOAA) Postdoctoral Scholar and a Stanback Postdoctoral Scholar at Caltech. His new model was featured in Nature Communications on February 28.

The mélange is a frozen granular material, so Robel adapted an open-source computer simulation called the Discrete-Element Bonded-Particle Sea Ice Model to show how icebergs freeze together in the winter and then transmit the shock of the first iceberg calving in the summer.

That first calving is made possible by the thinning of sea ice in warmer water, which reduces the ability of the mélange to act a bulwark against the glacier.

This animation shows how mélange responds to pressure applied by the movement of a glacier. Credit: Alexander Robel

Robel tailored his modeled glaciers to resemble fjords in Greenland. Those fjords are narrow channels of water that are prone to trapping mélange. Robel was able show that the threshold at which spring sea-ice breakup is likely to occur is based in part on the thickness of sea ice within the mélange, but also on the shape of the channel within which the mélange is trapped.

Robel, who is a researcher in Caltech's Division of Geological and Planetary Sciences, home to the Seismological Laboratory, says his work was inspired in part by seismological studies of the way fractures propagate through elastic materials—drawing a connection between earthquakes and iceberg calving.

Robel's paper is titled "Thinning Sea Ice Weakens Buttressing Force of Iceberg Mélange and Promotes Calving." His research was supported by NOAA and the Foster and Coco Stanback Postdoctoral Fellowship in Global and Environmental Science. 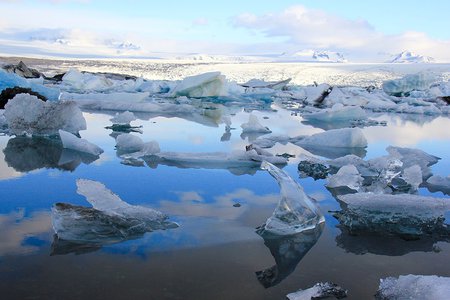 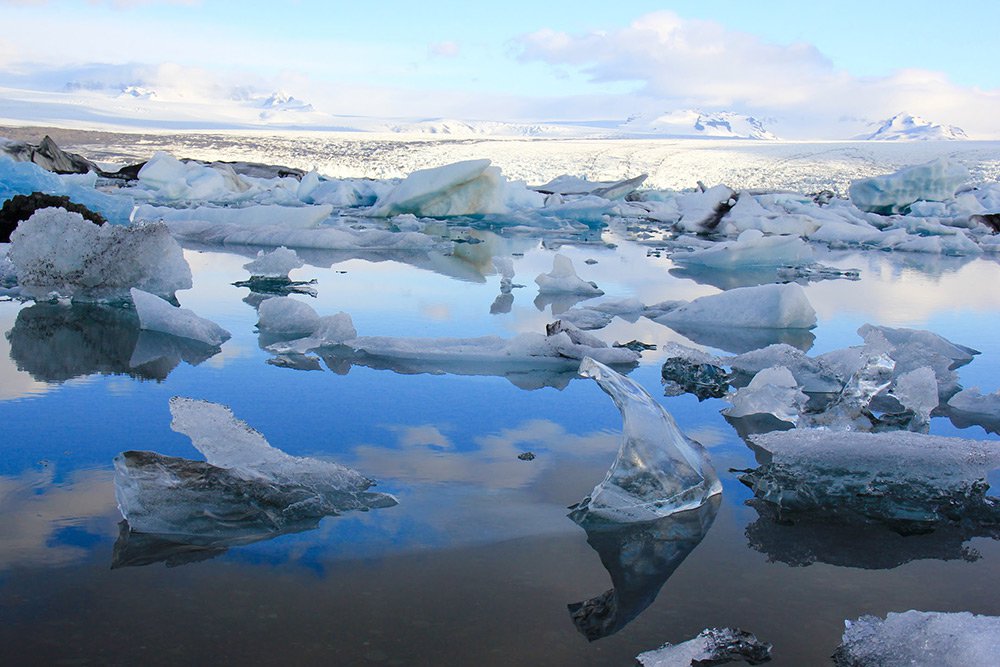