On February 18, 2015, an explosion rattled the ExxonMobil refinery in Torrance, causing ground shaking equivalent to that of a magnitude-2.0 earthquake and blasting out an air pressure wave similar to a sonic boom.

Traveling at 343 meters per second—about the speed of sound—the air pressure wave reached a 52-story high-rise in downtown Los Angeles 66 seconds after the blast.

The building's occupants probably did not notice a thing; the building shifted at most three-hundredths of a millimeter in response. But the building's seismometers—one is installed on every floor, as well as on the basement levels—noted and recorded the motion of each individual floor.

Those sensors are part of the Community Seismic Network (CSN), a project launched at Caltech in 2011 to seed the Los Angeles area with relatively inexpensive seismometers aimed at providing a high level of detail of how an earthquake shakes the Southern California region, as well as how individual buildings respond. That level of detail has the potential to provide critical and immediate information about whether the building is structurally compromised in the wake of an earthquake, says Caltech's Monica Kohler, research assistant professor in the Division of Engineering and Applied Science.

For example, if building inspectors know that inter-story drift—the displacement of each floor relative to the floors immediately below and above it—has exceeded certain limits based on the building's size and construction, then it is a safe bet that the building has suffered damage in a quake. Alternately, if inspectors know that a building has experienced shaking well within its tolerances, it could potentially be reoccupied sooner—helping an earthquake-struck city to more quickly get back to normal.

"We want first responders, structural engineers, and facilities engineers to be able to make decisions based on what the data say," says Kohler, the lead author of a paper detailing the high-rise's response that recently appeared in the journal Earthquake Spectra.

The keys to the CSN's success are affordability and ease of installation of its seismic detectors. Standard, high-quality seismic detectors can cost tens of thousands of dollars and need special vaults to house and protect them that can easily double the price. By contrast, the CSN detectors use $40 accelerometers and other off-the-shelf hardware, cost roughly $300 to build, and require minimal training to install. Approximately 700 of the devices have been installed so far, mostly in Los Angeles.

However, the CSN sensors are roughly 250 times less sensitive than their more expensive counterparts, which is why the ability to successfully detect and quantify the downtown building's response to the ExxonMobil explosion was such an important proof-of-concept.

"It's a validation of our approach," says CSN's project manager, Richard Guy.

Sonic booms have been noted by seismic networks dozens of times before, beginning in the 1980s with the first detections of seismic shaking caused by space-shuttle reentries. The sonic booms, found Hiroo Kanamori and colleagues at Caltech and the United States Geological Survey, rattled buildings that, in turn, shook the ground around them.

"Seismologists try to understand what is happening in the earth and how that affects buildings by looking at everything we see on seismograms," says Kanamori, Caltech's John E. and Hazel S. Smits Professor of Geophysics, Emeritus, and coauthor of the Earthquake Spectra paper. "In most cases, signals come from the interior of the earth, but nothing prevents us from studying signals from the air. Though rare, the signals from the air provide a new dimension in the field of seismology."

The earlier sonic boom detections were made using single-channel devices, which typically record motion in one direction only. While this information is useful for understanding ground shaking, a three-dimensional record of the floor-by-floor motion of a building can reveal how much a building is rocking, swaying, and shifting; two or more sensors installed per floor can show the twisting of the structure.

"The more sensors you have in a small area, the more detail you're going to see. If there are things happening on a small scale, you'll never see it until you have sensors deployed on that scale," Kohler says.

Kohler and her colleagues found that the air pressure wave from the explosion had about the same impact on the high-rise as an 8 mile-per-hour gust of wind. A pressure wave about 100 times larger would have been required to have broken windows in the building; a wave 1,000 times larger would have been necessary to cause significant damage to the building.

The ExxonMobil blast was not the first shaking recorded by the building's seismometers. A number of earthquakes—including a magnitude-4.2 quake on January 4, 2015, with an epicenter in Castaic Lake, about 40 miles northwest of downtown Los Angeles—also were registered by the seismic detectors on nearly every floor of the building. But the refinery explosion-induced shaking was an important test of the sensitivity of the instruments, and of the ability of researchers to separate earthquake signals from other sources of shaking.

Other authors of the Earthquake Spectra paper, "Downtown Los Angeles 52-Story High-Rise and Free-Field Response to an Oil Refinery Explosion," include Caltech's Anthony Massari, Thomas Heaton, Egill Hauksson, Robert Clayton, Julian Bunn, and K. M. Chandy. Funding for the CSN came from the Gordon and Betty Moore Foundation, the Terrestrial Hazard Observation and Reporting Center at Caltech, and the Divisions of Geological and Planetary Sciences and Engineering and Applied Science at Caltech. 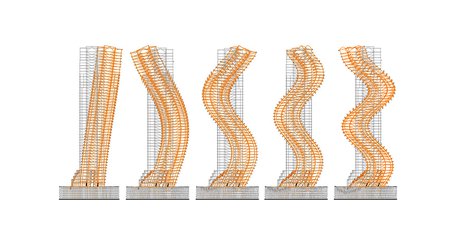 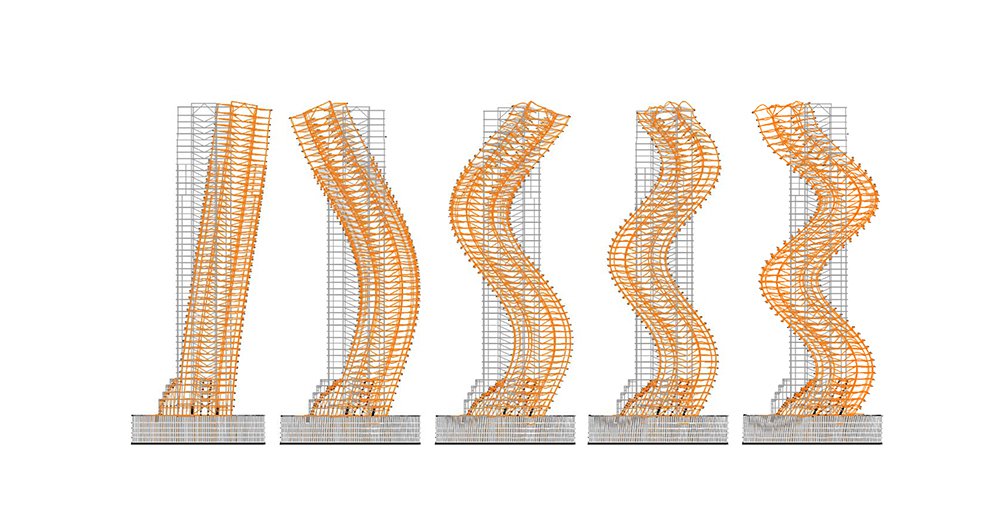