This was the second summer in a row that Hernandez participated in a program through the nonprofit organization Base 11, which connects high-achieving, underrepresented students from community colleges throughout the country with top research institutions like Caltech. Base 11 describes its mission as tackling the lack of qualified workers in STEM (science, technology, engineering, and math) fields, which in turn is fueled by an underrepresentation of women and minorities. Based in California, Base 11 seeks to create a pipeline of science and engineering students from community colleges into the workforce.

Hernandez, who lives with her parents in East Los Angeles, is a first-generation college student who leaves her house every weekday morning at 5 o'clock and spends all day on campus in Santa Monica, either in class or working as a tutor to help pay tuition, finally returning home around midnight to sleep. Through Base 11, she has had the opportunity to instead spend summers working at labs throughout Southern California, including with women engineers—like McKeon—who have given her the encouragement and guidance she has needed to chart her career path.

"This program gave me the inspiration to become an engineer," says Hernandez, now in her fourth year of college. "Throughout high school, I was always good at math, but I never really knew what engineering was. The closest thing to an engineer in the community I grew up in was a mechanic."

Caltech has partnered with Base 11 to bring around a dozen students to campus each year to work with Caltech faculty members. Caltech's involvement in the program was spearheaded originally by Guruswami Ravichandran, John E. Goode, Jr., Professor of Aerospace and Mechanical Engineering and Otis Booth Leadership Chair of the Division of Engineering and Applied Science, working in concert with Caltech volunteer and donor Foster Stanback, who has close connections with Base 11.

"These are low-resource, high-potential students who are creating top-quality research products," says Ravichandran.

Spending the summer at Caltech or another academic institution that Base 11 partners with has impacts beyond academics. "Most of these students are the first in their families to go to college, and so they have never even imagined themselves in a setting like Caltech," says Ingrid Ellerbe, executive director of Base 11. "To be made to feel at home there, to receive mentorship from people they can relate to, and to realize that they can meaningfully contribute to research is a truly life-changing experience that empowers them to believe they can achieve things they never thought possible."

Over the past two years, Beverley McKeon, Theodore von Kármán Professor of Aeronautics, and 2018 recipient of the Northrop Grumman Prize for Excellence in Teaching, has taken the lead in coordinating the relationship with Base 11. The students participate in one of two programs, one that runs for the full academic year, and one that runs during the summer. The academic-year program draws students from community colleges to campus once per month, nine times a year, to work with Caltech graduate students on research projects.

For the summer program, four students each year come to campus through the Caltech Student-Faculty Programs office to work on a research project in a faculty member's lab, akin to a Summer Undergraduate Research Fellowship (SURF). These Base 11 students work with a student mentor from the lab and ultimately present their findings in a seminar day at the end of the summer.

David Huynh, a graduate student in McKeon's lab, served as a student mentor from 2014 to 2017, helping students work on projects related to physics and fluid mechanics.

That energy and curiosity translated into impressive and successful final projects. "I have been blown away by the presentations that the Base 11 interns made. Their performance is as good or better than the undergraduates coming from the best of the best schools for summer research fellowships," Ravichandran says.

McKeon agrees. "Students who come have been really outstanding, and the research that they've done has been indistinguishable from any of the other summer programs. They have thrived in an environment that can be quite new and challenging," she says.

Exposure to laboratories is one of the key components of the program for Base 11 students, she says, giving participating students the opportunity to do research and then decide if it is something they would want to pursue as a career.

"Part of the point of the program is to enable people who may not be initially comfortable at a place like Caltech to feel at home in a technical environment and see whether research or graduate school is something they're interested in," McKeon adds. "For some, it's the first step toward a long and brilliant academic career. An equally valid outcome is that the student discovers that academia is not what they want. Either way, they've been able to sample it and make that decision," she says.

The program has so far been funded by Foster Stanback and his wife Coco. Caltech's Office of Technology Transfer and Corporate Partnerships is currently seeking additional collaborations and partnerships with the aerospace industry to ensure that the program continues at Caltech. 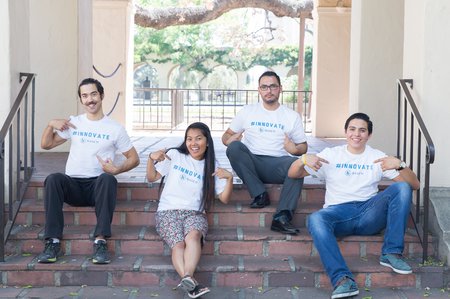 Base 11 students at Caltech
Image Lightbox 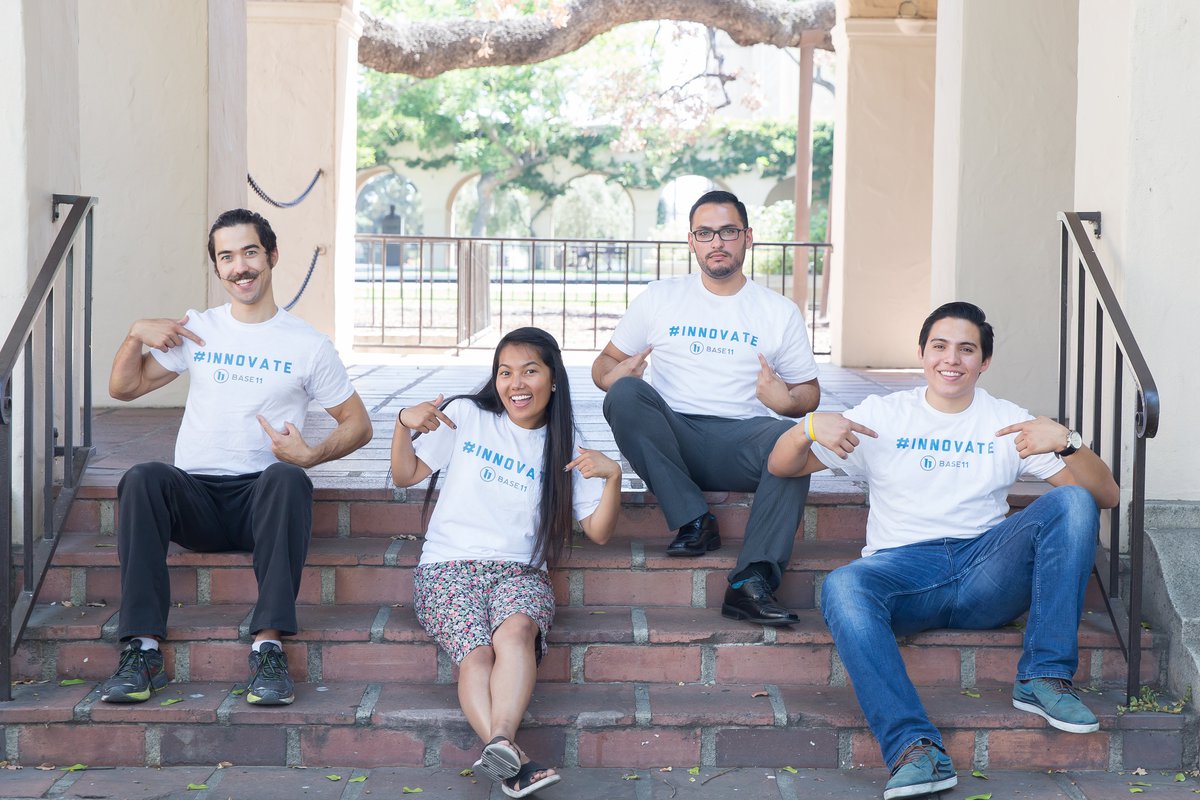