On Friday, June 11, Caltech's 127th Commencement ceremony will air at 10 a.m. PDT on commencement.caltech.edu. This virtual degree conferral and graduation ceremony will include remarks from Caltech president Thomas F. Rosenbaum and Board of Trustees chair David Lee, a keynote address, remarks from notable alumni, and the conferral of undergraduate and graduate degrees. Each student will be recognized individually as their name is read alongside the presentation of a personalized slide.

In addition, the Institute will host an in-person gathering on June 11 that will allow bachelor's, master's, and doctoral degree candidates to celebrate together on campus in the company of their peers and to watch the virtual commencement ceremony outdoors. In accordance with public health requirements, this event is open only to pre-registered, fully vaccinated graduating students. Attendees will have access to staged photo areas for individual and group pictures. In a letter to the community, Rosenbaum, Provost David A. Tirrell, and Vice President for Student Affairs Kevin M. Gilmartin explained that the in-person celebration was created with input from the community. "We have heard very clearly from our student leaders and representatives that what is most valued this June is the opportunity for our graduating students to return to campus and to safely gather with one another to celebrate their achievements," they wrote.

The 2021 commencement keynote speaker will be Norman R. Augustine, a longtime leader in the aerospace industry. In the private sector, his career began with the Douglas Aircraft Company in 1958 and led him to Martin Marietta Corp., which he led when it merged with the Lockheed Corp. to form the aerospace and defense company Lockheed Martin. In the public sphere, he has served as assistant secretary of the Army and undersecretary of the Army. Augustine has been president of the American Red Cross, chairman of the National Academy of Engineering, and a member of the President's Council of Advisors on Science and Technology. He has been awarded the National Medal of Technology and Innovation and the Department of Defense Civilian Distinguished Service Medal, which he has received five times.

Friends and family of Caltech graduates are encouraged to organize their own watch parties to view the June 11 broadcast of the virtual commencement ceremony and are invited to join President Rosenbaum and Katherine T. Faber, Simon Ramo Professor of Materials Science, for a virtual toast to celebrate the new graduates and their families immediately following the commencement ceremony, from 11:30 a.m. to noon. All of the graduates who are on campus for the commencement screening event and celebration will join the virtual champagne toast to connect with their classmates across the globe.

More details can be found on commencement.caltech.edu. 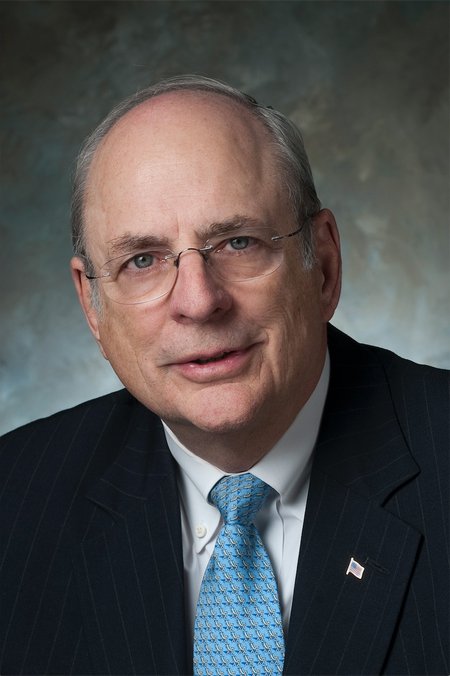