On Friday, April 21—the evening before Earth Day—Congressman Adam Schiff hosted a climate change panel discussion at Caltech. Schiff and each of the three panelists gave an opening statement, then took questions from an audience of nearly 800 constituents and local community members.

"This is going to be quite literally the fight of our lives because the health and safety of our planet depends on it," Schiff said of the need to support climate change research.

Panelist Tapio Schneider, Caltech's Frank J. Gilloon Professor of Environmental Science and Engineering and a Jet Propulsion Laboratory senior research scientist, noted that "we know a few things for certain" about climate change, including that carbon dioxide is at its highest levels in 800,000 years and that "this is almost entirely due to human activities." But, he added, "there are a number of things that are not so certain." For one, he says, it's still not known exactly how much warmer the earth will get as a result of increased quantities of the heat-trapping CO2 molecule.

What is clear, however, said Schneider, is that "there will be warming and the majority of the effects will be adverse."

Francesca Hopkins, assistant professor of climate change and sustainability at UC Riverside, talked about the ways in which carbon dioxide is sequestered in the soils and in the oceans' waters, keeping it out of the atmosphere and thus keeping some check on global temperatures. The issue, she noted, is how long that protection will last. "We know that these systems are providing a tremendous service to us," she said, "but we don't know if they are going to be able to do that into the future." For instance, as the oceans' surface waters warm, they are less able to hold onto CO2, and there are similar changes afoot on land.

But CO2 isn't the only way we can address climate change, she said. Take methane, which Hopkins said "has a much shorter lifetime in the atmosphere than CO2," and is a much more powerful heat-trapper. "If we can reduce methane, we might have an immediate impact on our climate," she noted.

Alex Hall, professor of atmospheric and oceanic sciences at UCLA, was pragmatic about the future. "There's a certain amount of climate change that's baked in because of the choices we've made in the past," he said. "The stakes and the actions that we must take couldn't be clearer. … We have to make serious efforts now to move to a carbon-free economy."

Audience questions revolved around how scientists can bridge the gap between data and public perceptions, how to address the economic needs of developing countries without increasing environmental issues, and how laypeople can become more involved in these issues.

"Don't underestimate the power of your own activism," Schiff said, noting that legislators in Washington are seeing "people who are really motivated to get out and make a difference and who are going to make a difference, one way or another."

Asked to look to the future, the panelists agreed that there is reason for optimism. "It's important to take a bit of a longer view," said Schneider. "It's an issue we have to tackle, but we have the means to tackle it."

Schiff, summing up the evening, agreed. "I think we're winning the fight when it comes to climate," he said. 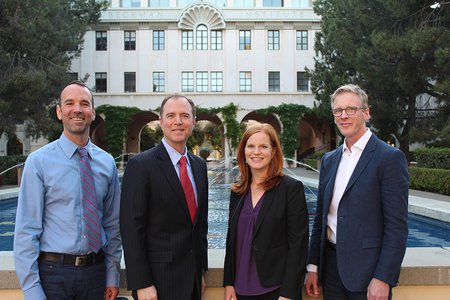 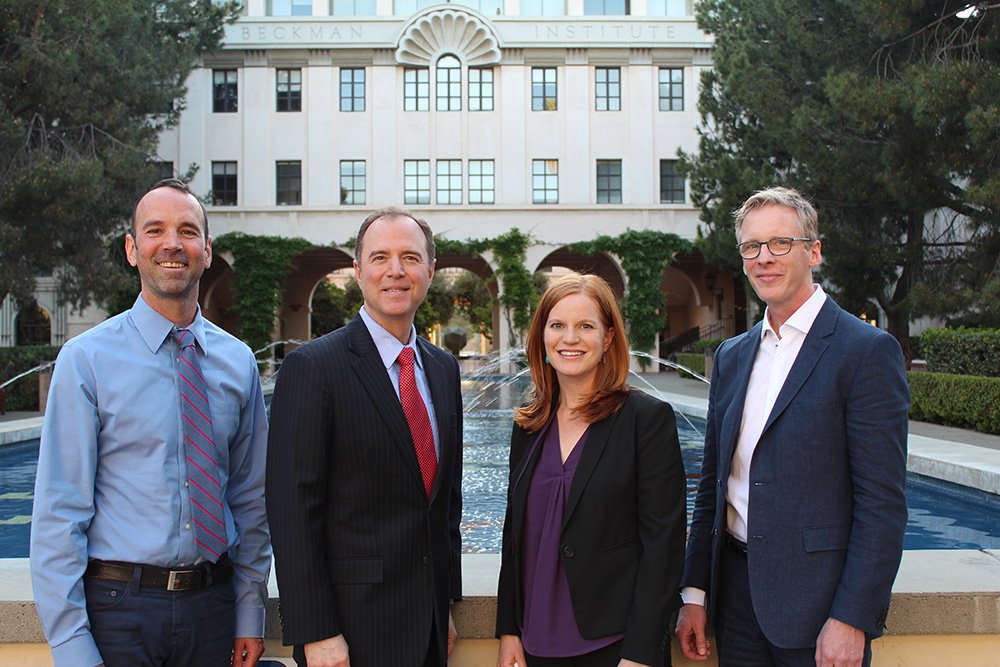