André Hoelz, Caltech's newest assistant professor of chemistry, recalls the exhilaration he felt when he solved his first biological structure. At the time, he was a grad student at Rockefeller University and had been working for years to make crystals of a large brain enzyme known as CaMKII that would capture the macromolecular complex in just the right way, enabling him to resolve its atomic structure using X-ray crystallography.

"With crystallography there's this one moment where you know exactly how something looks," Hoelz says. "It's sort of a grand prize. You're the first one who can think about how it works and then generate experiments. It's like you cheated nature for a big secret."

Hoelz thinks structural biologists are born to seek that feeling and that once they've experienced it, they're hooked and will strive to experience it again and again. He puts himself squarely in that category of born structural biologists. "I'm lucky because I do what I really love to do," he says. "It's not really work."

Hoelz, originally from Lüdenscheid, Germany, comes to Caltech following a long association with Rockefeller University, where he was first a graduate student, then a postdoc, a research associate, and finally a research assistant professor. He has started an ambitious study to fully characterize the nuclear pore complex, a cellular component made up of many copies of about 30 different proteins—perhaps 1,000 proteins in all and 10 million atoms—which forms a transport channel in the membrane of the nuclear envelope. Hoelz calls the complex "the gatekeeper of the nucleus" because the pore provides a means for the cell to regulate which proteins and other molecules can access the genetic material stored within the nucleus.

Hoelz's approach is to divide the nuclear-pore-complex problem into more manageable chunks. During cell division, the nuclear envelope falls apart, and as a result, the nuclear pore complex also breaks into smaller subcomplexes. "We try to understand these subcomplexes with the idea that if we solve the structures of these subcomplexes, we can ultimately piece together the entire pore," Hoelz says. "We think of it as a three-dimensional jigsaw puzzle."

So far, his group has solved the structure of the first four-protein unit and aims to do the same for all of the remaining subcomplexes. The crystallographic task before them is enormous. Biochemists estimate that anywhere from 500 to 1,000 individual pieces make up the three-dimensional jigsaw puzzle of the nuclear pore complex.

"You don't really know how the pore is built if you don't have all of the structures, but for every new structure that you solve, you can formulate a structurally informed hypothesis of how it may work, and you can test those ideas," Hoelz says. His goal is to understand how the nuclear pore complex normally works so he can tackle the problem of what happens when mutations or other defects change its operation in ways that are associated with disease, such as some kinds of leukemia.

"The bigger the problem, the more crystallography becomes a dark art," Hoelz says. "We need essentially unlimited access to an X-ray source, because a lot of the process is trying to squeeze structural information out of less-than-ideal crystals, and that involves a lot of empirical trial." Indeed, Hoelz says one of the key reasons he came to Caltech was the Institute's Molecular Observatory, which includes a completely automated radiation beam line at the Stanford Synchrotron Radiation Laboratory, which Caltech researchers control remotely. "This project is really pushing the envelope of what's possible by X-ray crystallography, but it's only possible if you have a certain infrastructure."

He hopes that he'll one day "cheat nature" out of its secret of the full structure of the nuclear pore complex so that he can begin structurally informed biochemical and in vivo experiments related to its function and to problems associated with its dysfunction.

"If you look at details in nature on the level that you can look at with your eyes, it's incredible. If you look at a flower or a tree, there's a lot of detail that's very beautiful, very intricate," Hoelz says. "That sort of detail and beauty goes down all the way to the atomic resolution. Looking at what nature came up with to solve particular problems is just amazing. But it's something that most of the time is not obvious before you solve the structure." 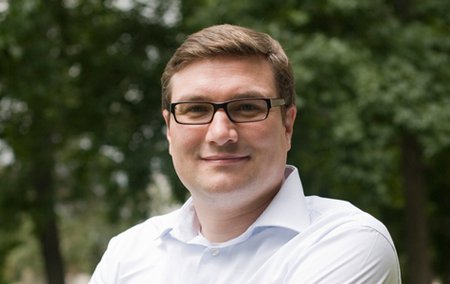 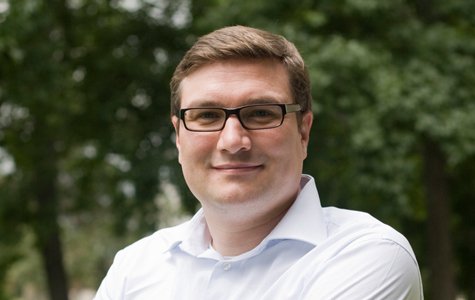