A Centennial Celebration for Richard Feynman

On May 11, 2018, Richard Feynman—beloved Caltech physicist, Nobel Prize-winner, and masterful storyteller—would have turned 100 years old. When he died in 1988 at age 69, the Caltech community mourned, hanging a sign on the campus's tallest building that read "We love you Dick." In celebration of the great physicist's 100th birthday, Caltech hosted a two-day event, May 11 and 12, featuring talks by Feynman's family, friends, and top scientists from around the world.

Caltech president Thomas F. Rosenbaum, Sonja and William Davidow Presidential Chair and professor of physics, kicked off the celebration. "Welcome to this grand celebration of the legacy, life, and lasting influence of Richard Feynman—explorer, teacher, and seer, attributes rarely found alone and even rarer combined in one individual," he said.

The Friday evening festivities centered on Richard Feynman himself while a symposium on Saturday covered today's cutting-edge science and visions for the future.

Ninety-one-year-old Joan Feynman was the first to speak, earning many laughs from the audience. She started off her presentation with the clarification, "I'm Richard's younger sister," and told stories of growing up with her brother, for instance when she worked as his lab assistant at age 6 for four cents a week—her first paid job—doing important work such as pulling a lever when asked.

Joan is an astrophysicist who studied space science, climate change, and geophysics for more than 50 years, spending the latter part of her career at the Jet Propulsion Laboratory, which is managed by Caltech for NASA. "My brother urged me to work hard, to be the very best I could," she said. "It took courage to be a woman scientist, and determination and hard work."

Several of the speakers mentioned that they were inspired by Richard Feynman when they were growing up, in particular by his famous red-colored textbooks, The Feynman Lectures on Physics, which Caltech made available to read online in 2014. Thorne told a story about attending an informal class in 1976 called Physics X, where Feynman would answer questions about anything from students. Thorne said the class was not formally advertised, and he would hear about the location by word of mouth. He recalled that in one class, Feynman worked with students to calculate the speed of water waves on Mars—if Mars were warm enough to have water waves—taking into consideration the weaker gravity of the planet. "I emerged from the class that day just so tremendously inspired that I remember it to this day," he said.

Stories of Feynman's brilliance and intuitive way of thinking about physics were a highlight of the night. Susskind talked about how Feynman would close his eyes to picture what was happening in a physical system. He said that Feynman wanted to teach the lesson that "jargon, the mumbo jumbo, the overly precious mathematics … generally did not help you think about phenomena. The way to think about phenomena, well maybe you don't close your eyes, but you think about the phenomena themselves and then you convert it to mathematics."

Robbert Dijkgraaf, director of the Institute for Advanced Study, similarly said that Feynman had a remarkable physical intuition in science and could also solve problems with mathematical rigor. He said one lesson to come out of the 100th birthday celebration is that talented people like Feynman can have an exceptional impact on the world. "There are many, many, many Feynmans around the world, both Richards and Joans, and they need to be discovered. They have to be taught, they have to be inspired. There must be places like Caltech that can host them and make them bloom so that they again can inspire next generations. And I think actually that's the great lesson of Richard Feynman."

Michelle Feynman told stories of her father making her laugh. For example, he would pretend to be a radio and she would twist his nose to change the radio stations, or he would pretend to speak in Italian to a waiter in an Italian restaurant. "He loved to cause mischief," she said. "My hope is that generations from now at least some people know that, in addition to the genius who could peer into the quantum realm, he was also my irrepressible, fun-loving, lovable dad."

Perhaps the most notable speaker on Friday night was Richard Feynman himself. At the very end of the program, audience members were surprised when a ghostly animated version of Feynman strode onto stage and gave a lecture about his safe-cracking adventures. The projection was the creation of Seamus Blackley, Xbox co-inventor and chief executive officer of Pacific Light & Hologram, who worked in collaboration with event co-organizers from Caltech's Institute for Quantum Information and Matter (IQIM). The projection was an optical illusion somewhat similar to those seen in Disneyland's Haunted Mansion (an actual hologram is a picture drawn in laser light that can be seen in 3D from all sides).

Over the next few weeks, Blackley and his co-creators plan to make more refinements to the "virtual Feynman" and install it in Caltech's new Feynman exhibit at the Beckman Institute.

"I thought it would be something very special to have Feynman there in person in three-dimensionality, walk on the stage, greet everyone, thank everyone for being there, and create this more interactive experience," says Spiros Michalakis, outreach manager and researcher at IQIM, who came up with the idea for a virtual Feynman with Ralph Leighton, a friend of Feynman's whose audio recordings of the physicist formed the basis of several books, including Surely You're Joking, Mr. Feynman!

Saturday's symposium included notable scientists discussing quantum gravity, quantum computing, dark matter, exoplanets, gravitational waves, and more. A recurring theme of the day was a phrase summing up the spirit of Feynman and the future of science: "I don't know, let's find out."

Sponsors of the "Feynman100" celebration included the Kavli Foundation and the Gordon and Betty Moore Foundation. 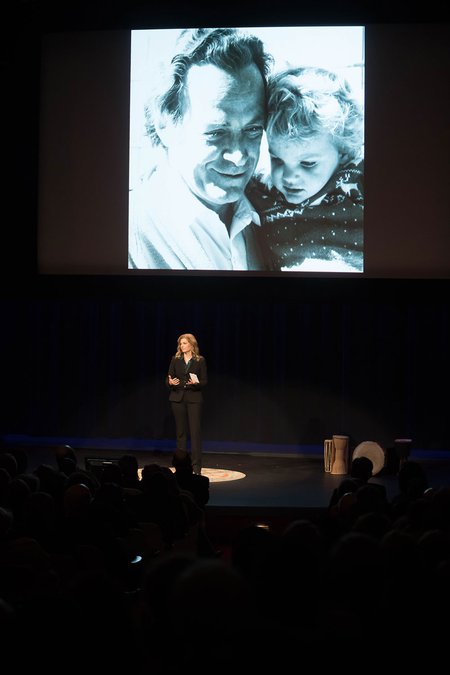 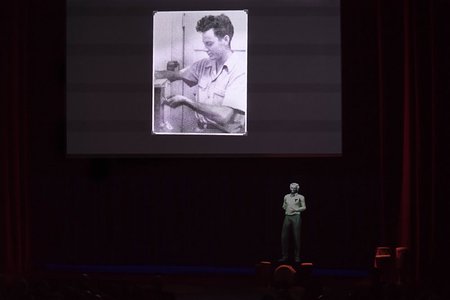 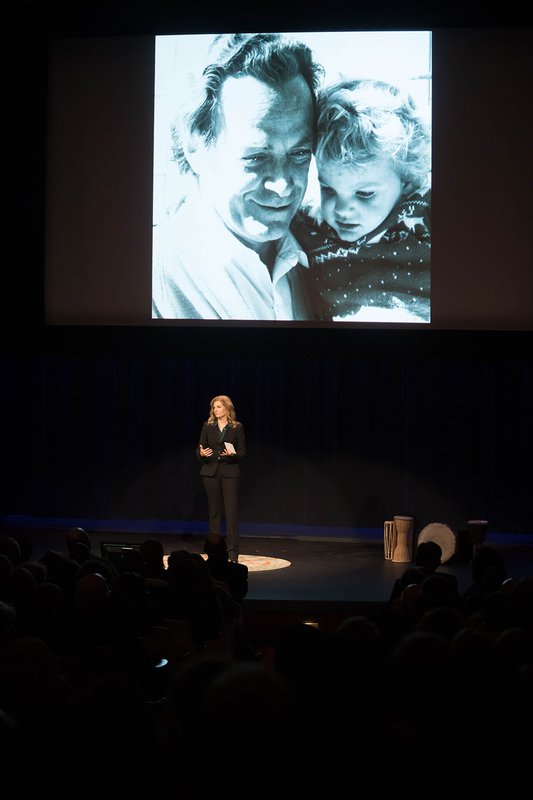 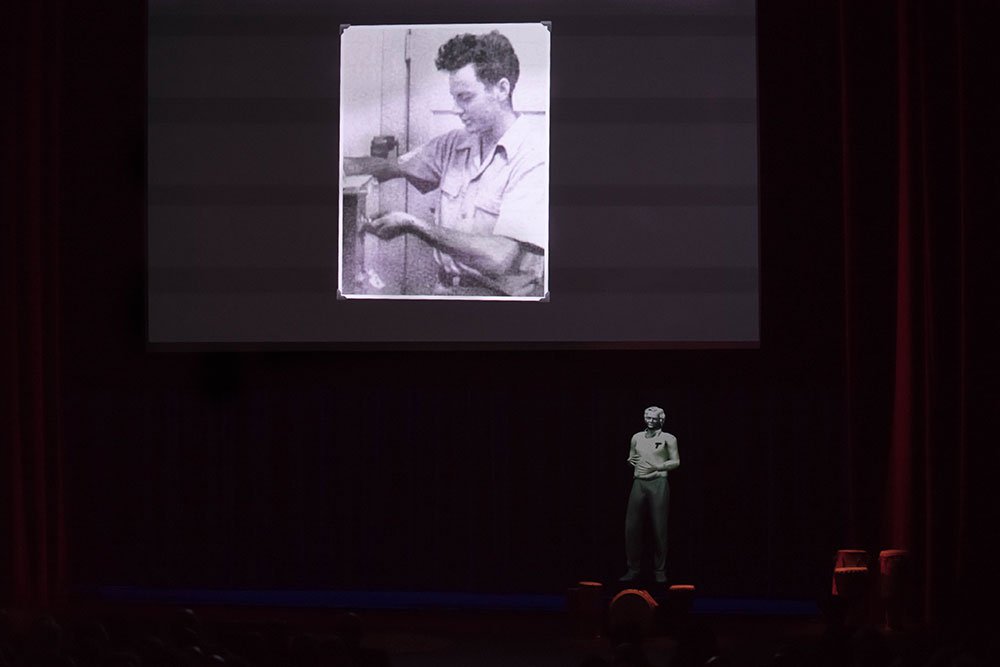