Pasadena, Calif.—Researchers at the California Institute of Technology (Caltech) have proposed a novel model that differs from a widely held hypothesis about the mechanisms by which developing animals pattern their tissues and structures.

Cells in a developing animal require information about their position with respect to other cells so that they can adopt specific patterns of gene expression and function correctly. The most accepted paradigm is that this positional information comes in the form of chemical signals called morphogens; morphogens are differentially distributed across the developing field, with cells acquiring the information about their position relative to their neighbors by "measuring" and interpreting the local concentrations of the morphogen.

Despite the identification of several families of morphogens in many organisms, the hypothesis that cells differentially respond to morphogen concentrations generally hasn't been directly tested.

The Caltech researchers, led by assistant professor of biology Angelike Stathopoulos, used an approach that combines mathematical modeling and developmental genetics experiments to examine the mechanisms underlying patterning of the developing wing in the fruit fly, Drosophila melanogaster. They found that cells cannot adopt multiple patterns of gene expression solely by measuring the local concentration of a morphogen.

"During metamorphosis, imaginal disc tissues need to form structures that contribute to the adult body plan," explains Stathopoulos. Imaginal discs are parts of the insect larva that will become structures that contribute to the adult body plan. "This imaginal disc tissue is plastic, in that the cells are still making decisions about what part of the organ they should develop into. A decision has been made that these cells must make 'body part X,' but how do they determine whether to make the proximal or distal portion, or decide which is facing up or down? This is where morphogens come in."

In fruit flies, a regulatory molecule called Hedgehog provides such information, along the anterior-posterior axis (from base to tip) of the developing wing. For the wing to properly form, cells along this axis need to "act" by turning on the Hedgehog signaling pathway, although not all of the cells do so, Stathopoulos says.

"We found that in the developing wing of the fruit fly, cells do not acquire positional information by only measuring the concentration of the Hedgehog morphogen at a given time, but instead require information about their history of exposure," says Marcos Nahmad, a graduate student in control and dynamical systems at Caltech, jointly supervised by Stathopoulos and John Doyle, the John G. Braun Professor of Control and Dynamical Systems, Electrical Engineering, and Bioengineering. Nahmad is the first author of a paper about the research, coauthored by Stathopoulos, that appears in the September 29 issue of the open-access online journal PLoS Biology.

In a sense, says Stathopoulos, the cells are able to "remember" that they've been exposed to the morphogen. "What I mean is they remember having 'seen' a morphogen concentration that activates a signal within them. Even if the concentration of the morphogen decreases subsequently, cells still retain the ability to activate the pathway.

"An exciting outcome of our model is that the ability of cells to respond to the history of morphogen exposure is wired in the gene network architecture that controls patterning of the developing wing. As the Hedgehog pathway architecture is widely conserved from flies to humans, this mechanism of patterning may explain how cells in other developing systems acquire positional information," Nahmad says.

"As developmental biologists, we want to understand how the body plan is specified, and how different animals exhibit different shapes and patterns. What we've shown here is that it's important to consider the temporal sequences of events," Stathopoulos says.

"The dynamics of the system are instructional. In the past, for the most part, this has been ignored, because it's just too complicated. People have formulated models by looking at the endpoint. We believe that even more insights into patterning have likely been missed for this reason," she adds.

The work in the paper, "Dynamic Interpretation of Hedgehog Signaling in the Drosophila Wing Disc," was funded by the National Institutes of Health and the Searle Scholar Program. 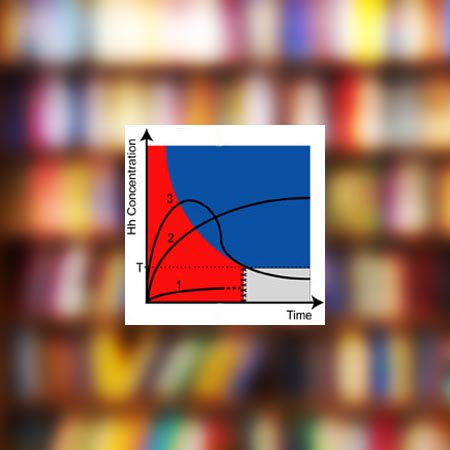