Caltech's solar-powered toilet has won the Reinventing the Toilet Challenge issued by the Bill and Melinda Gates Foundation. Caltech engineer Michael Hoffmann and his colleagues were awarded $100,000 for their design, which they demonstrated at the Reinvent the Toilet Fair, a two-day event held August 14–15 in Seattle.

Last summer, Hoffmann, the James Irvine Professor of Environmental Science at Caltech, and his team were awarded a $400,000 grant to create a toilet that can safely dispose of human waste for just five cents per user per day. The lavatory can't use a septic system or an outside water source, or produce pollutants.

The challenge is part of a $40 million program initiated by the Gates Foundation to tackle the problems of water, sanitation, and hygiene throughout the developing world. According to the World Health Organization, 2.5 billion people around the globe are without access to sanitary toilets, which results in the spread of deadly diseases. Every year, 1.5 million people—mostly those under the age of five—die from diarrhea.

Hoffmann's proposal—which won one of the eight grants given—was to build a toilet that uses the sun to power an electrochemical reactor. The reactor breaks down water and human waste into fertilizer and hydrogen, which can be stored in hydrogen fuel cells as energy. The treated water can then be reused to flush the toilet or for irrigation.

The team built a prototype inside the solar dome on the roof of Caltech's Linde + Robinson Laboratory, and after a year of designing and testing, they—along with the other grantees—showed off their creation. The Gates Foundation brought in 50 gallons of fake feces made from soybeans and rice for the demonstrations.

The $60,000 second-place prize went to Loughborough University in the United Kingdom—whose toilet produces biological charcoal, minerals, and clean water—and the $40,000 third-place award went to the University of Toronto's design, which sanitizes feces and urine and recovers resources and clean water. Eawag (Swiss Federal Institute of Aquatic Science and Technology) and EOOS won $40,000 as a special recognition for their toilet interface design. 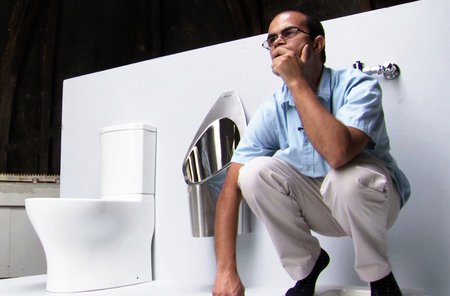 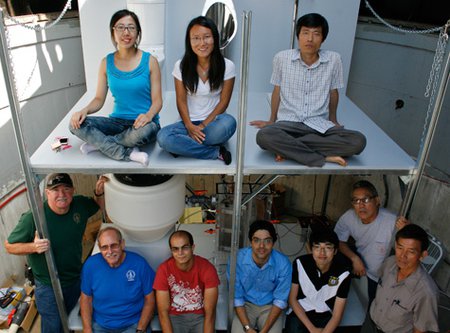 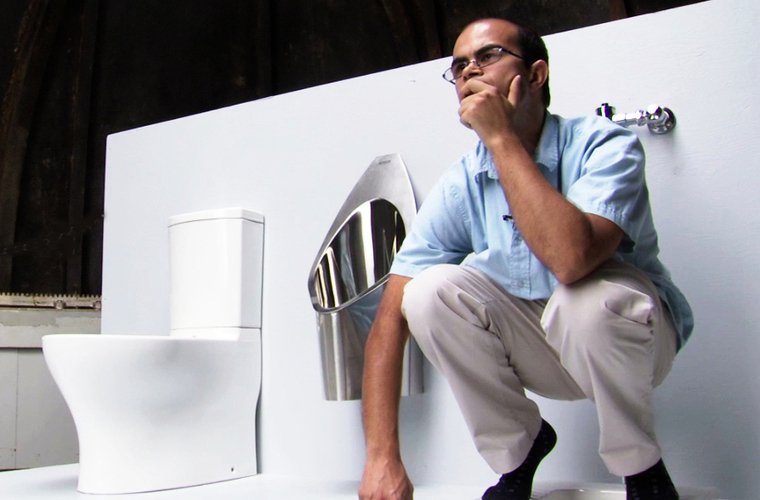 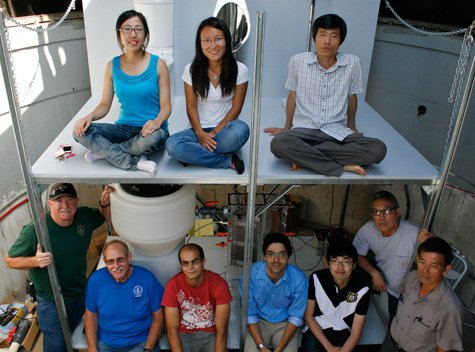