Michelle Wang, a senior in electrical engineering in the Division of Engineering and Applied Science, has been selected to receive the Thomas J. Watson Fellowship, a grant that offers graduating seniors the opportunity to pursue academic scholarship abroad. Wang is one of just 40 students to receive the fellowship this year.

Leaving in late July, Wang will spend a year abroad working on a series of projects related to the augmentation of humanity through machines. "A Watson Year provides fellows with an opportunity to test their aspirations, abilities, and perseverance through a personal project that is cultivated on an international scale," according to the press release announcing the winners. Wang will receive $30,000 for 12 months of travel and college loan assistance as needed.

Wang's project is titled "Re-engineering Humanity" and seeks to explore how bioelectrical and biomechanical augmentation will affect humanity and might one day expand human abilities. "Exploring human prostheses and augmentation, I hope to develop a trajectory for the future of biotechnology intervention and the perception of ourselves as we embrace it," she says.

To start her Watson year, Wang will spend several months in India working with a team of doctors and entrepreneurs on developing low-cost prosthetics created on 3-D printers. From there, she will travel to Bolivia, where she will be embedded in a school for amputees.

"Prosthetics for children need to be flexible, durable, and need to be able to grow with the child so that they don't have to be replaced constantly," she says. "But beyond that, we want to find ways to make them proud of their prosthetics. We don't just want to give them mobility but dignity."

In October, she will travel to Australia for the 2018 Invictus Games, in which disabled veterans compete in a variety of sporting events. "These are former military members who now compete at a high athletic level," she says. "I want to hear their opinions on the prosthetics they use and how they can be improved."

And from there, she will travel to Singapore and the U.K. to study diagnostics and neural implants.

In addition to analyzing and improving prosthetic devices, Wang wants to better understand how humanity itself might grow and change as mechanical components are integrated into our biological selves. She sees a future in which prosthetics do not just replace limbs but improve upon them, and she wonders where that will take us as a species. "We won't just make up for disabilities, but we will provide extra abilities," she says.

Wang's faculty adviser is Bren Professor of Electrical Engineering and Medical Engineering Ali Hajimiri, and she has done research under Caltech postdoctoral scholar Alex Pai. She says her experiences at Caltech have helped to prepare her for her upcoming year abroad because faculty members helped her to build the connections she needed abroad in order to make this project a reality.  Wang has also had considerable support from the Caltech alumni body.

"Caltech is a very intense environment but one where if you ask for help and resources, they're there," she says.

This is the 50th Class of Thomas J. Watson Fellows; the first year of fellows went abroad in 1969. The program was established in memory of Thomas J. Watson, former chairman and CEO of IBM. Previous Watson Fellows include Lauren Li (BS '17), who studied the effects of music therapy on trauma survivors; Janani Mandayam Comar (BS '15), who used dance to reflect the experiences of various "outsider" communities; and Aaron Krupp (BS '15), who worked on low-tech projects to improve the quality of life at sites in India, Southeast Asia, and Nepal.

Watson Fellows have gone on to become CEOs of major corporations, college presidents, Emmy, Grammy and Oscar award winners, Pulitzer Prize awardees, and other luminaries of their respective fields. 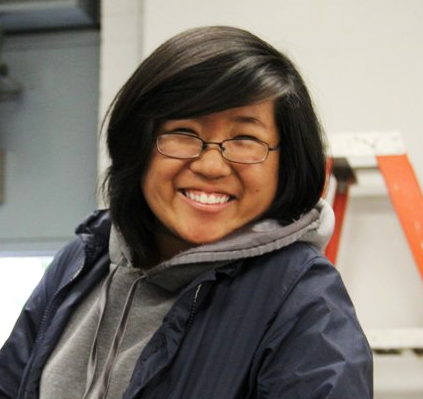