Skip to main content
Home  /  About  /  News  /  Caltech Scholars are Charged to 'Sculpt' Their Own Experience, Learning

Caltech Scholars are Charged to 'Sculpt' Their Own Experience, Learning

Gathered together on campus for the first time, Caltech's newest community members—undergraduate and graduate students and postdoctoral scholars—were formally welcomed to the Institute by Vice President for Student Affairs Joseph E. Shepherd and President Thomas F. Rosenbaum at this year's convocation ceremony on Sunday, September 23. The event, which was held in Beckman Auditorium, launched a week of orientation activities and offered the incoming scholars a glimpse into the opportunities ahead of them.

"You are about to enter into a world rich in tradition and profoundly connected to the greatest achievements of humanity," said Rosenbaum, who holds the Sonja and William Davidow Presidential Chair and is also a professor of physics. "It is the start of a lifelong relationship with Caltech that will evolve and deepen as you progress from student to alum. Most exciting, it is a dynamic world that is ready to be sculpted by the power of your ideas."

Throughout his speech, Rosenbaum encouraged the diverse group to take full advantage of the breadth of experiences and opportunities Caltech has to offer. He urged them to "delve deeply into subjects at the boundaries of discovery" through research, to seek to understand other cultures and perspectives through study abroad, and to expand their own abilities and interests through theater, the arts, and music on campus and through the exploration of Pasadena and Los Angeles.

"You will crack open many books as you master the intricacies of science and engineering, but a full resonant education requires much more," he noted.

Gathered in the nearly full auditorium were many—if not all—of the 487 students joining Caltech this year, as well as incoming postdoctoral scholars, family members and friends, and current faculty and administrators.

The incoming class of 233 undergraduates is one of Caltech's most diverse to date, with women making up 46 percent of the class and a quarter of those enrolled identifying themselves as being part of historically underrepresented ethnic groups. Along with the first-time freshmen, Caltech welcomed two transfer students who are enrolled through the Institute's 3/2 program—a partnership that invites students at a select group of liberal arts colleges to transfer to Caltech after the completion of their junior year and eventually earn degrees from both institutions.

The incoming class of 254 graduate students is composed of scholars and researchers from around the world.

Throughout the program, Shepherd, the Allen V. C. Davis and Lenabelle Davis Leadership Chair and event emcee, spoke about the Caltech journey the attendees were about to embark upon, emphasizing the range of activities and opportunities that will be afforded to each of them. The primary focus on Sunday, was in the performing and visual arts as the Institute has traditionally used the convocation ceremony as an opportunity to highlight and celebrate a single area that supports students intellectual and personal growth beyond the classroom and the lab.

Glenn Price, director of performing and visual arts (PVA) and band director, spoke to how the arts can help to provide balance in students' lives, while also refreshing and invigorating their academic and scientific pursuits. Price highlighted the breadth and depth of Caltech's programs, which range from silk screening and virtual reality, to improvisation, musicals, symphony orchestra, and guitar classes. "Whatever your interests and prior level of experience, I'm sure there is a place for you in PVA," he said.

Also featured during the program were graduate student Matteo Ronchi and postdoctoral scholars Rajib Schubert and Sandra Koenig, who shared the ways in which they have been inspired by courses and training in the art of storytelling. Undergraduates Sarah Fish and Tara Porter also played an instrumental duet.

"Every day I come to lab to work on being the best version of a computer vision scientist that I can," said Ronchi, a fifth-year graduate student in computer science. "And I know as a fact that I am the best computer vision scientist on my block in north Pasadena. This and all the parts of the journey that brought me here are what makes me happy, and makes [my computer] happy. Now she sees people in 3-D, just like me."

For Fish, a sophomore who is pursuing a degree in mathematics while also participating in the Chamber Music Program, what was particularly noteworthy was how her involvement in that group has helped her to further make the Caltech experience her own.

"You can choose what kind of music you want to play, from baroque to modern, and you can choose what instrument you play," she said. "I am actually a violinist, but I chose to play the viola for a term just to try it out. And it's been a lot of fun."

In the upcoming week, these newest Caltech scholars will continue to have opportunities to learn about and experience Caltech's academic and social environment through orientation programs run through the offices of the Dean of Undergraduate Students and the Dean of Graduate Students. Classes for the 2018-19 academic year will officially begin on Monday, October 1. 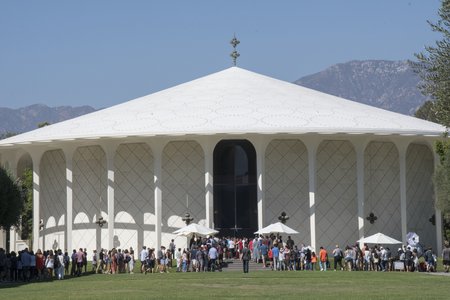 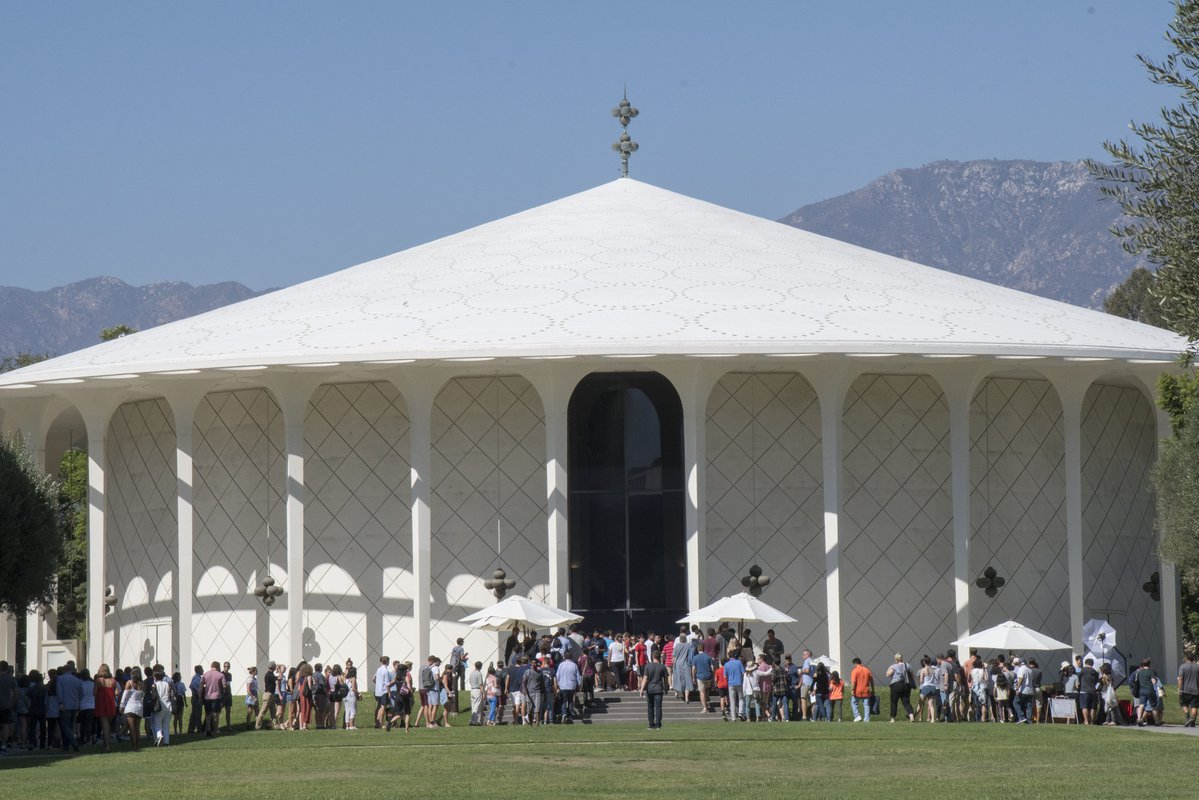