As farming strategies have evolved to provide food for the world's growing population, the manufacture of nitrogen fertilizers through the conversion of atmospheric nitrogen to ammonia has taken on increased importance.

The industrial technique used to make these fertilizers employs a chemical reaction that mirrors that of a natural process—nitrogen fixation. Unfortunately, vast amounts of energy, in the form of high heat and pressure, are required to drive the reaction. Now, inspired by the natural processes that take place in nitrogen-fixing microorganisms, researchers at Caltech have synthesized an iron-based catalyst that allows for nitrogen fixation under much milder conditions.

In the early 20th century, scientists discovered a way to artificially produce ammonia for the manufacture of commercial fertilizers, through a nitrogen fixation technique called the Haber-Bosch process. Today, this process is used industrially to produce more than 130 million tons of ammonia annually. Microorganisms in the soil that live near the roots of certain plants can produce a similar amount of ammonia each year—but instead of using high heat and pressure, they benefit from enzyme catalysts, called nitrogenases, that convert nitrogen from the air into ammonia at room temperature and atmospheric pressure.

In work described in the September 5 issue of Nature, Caltech graduate students John Anderson and Jon Rittle, under the supervision of their research adviser Jonas Peters, Bren Professor of Chemistry and executive officer for chemistry, have developed the first molecular iron complex that catalyzes nitrogen fixation, modeling the natural enzymes found in nitrogen-fixing soil organisms. The research may eventually lead to the development of more environmentally friendly methods of ammonia production.

Natural nitrogenase enzymes, which prime inert atmospheric nitrogen for fixation through the addition of electrons and protons, generally contain two metals, molybdenum and iron. Over decades of research, this duality has caused a number of debates about which metal was actually responsible for nitrogenase's catalytic activity. Since a few research groups had modest success in synthesizing molybdenum-based molecular catalysts, many in the field believed that the debate had been settled. The discovery by Peters' group that synthetic iron complexes are also capable of this type of catalytic activity will reopen the discussion.

This finding, along with a wealth of data from structural biologists, biochemists, and spectroscopists, suggests that it may be iron—and not molybdenum—that is the key player in the nitrogen fixation in natural enzymes. The iron catalyst discovered by Peters and his colleagues may also help unravel the mystery of how these enzymes perform this reaction at the molecular level.

"We've pursued this type of synthetic iron catalyst for about a decade, and have banged our heads against plenty of walls in the process. So have a lot of other very talented folks in my field, and some for much longer than a decade," Peters says.

The finding is a first for the field, but Peters says that their current iron-based catalyst has limitations—the Haber-Bosch process is still the industrial standard. "Now that we finally have an example that actually works, everyone wants to know: 'Can it be used to make ammonia more efficiently?' The simple answer, for now, is no. While we're delighted to finally have our hands on an iron fixation catalyst, it's pretty inefficient and dies quickly. But," he adds, "this catalyst is a really important advance for us; there is so much we will now be able to learn from it that we couldn't before."

Funding for the research outlined in the Nature paper, titled "Catalytic conversion of nitrogen to ammonia by an iron model complex," was provided by the National Institutes of Health and the Gordon and Betty Moore Foundation. 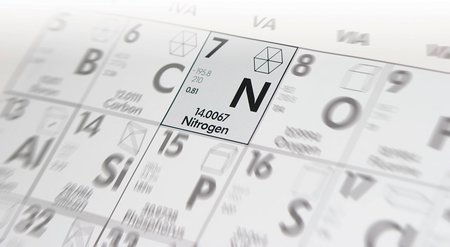 Researchers at Caltech have synthesized the first iron-based catalyst for the conversion of atmospheric nitrogen to ammonia. Credit: iStockphoto
Image Lightbox 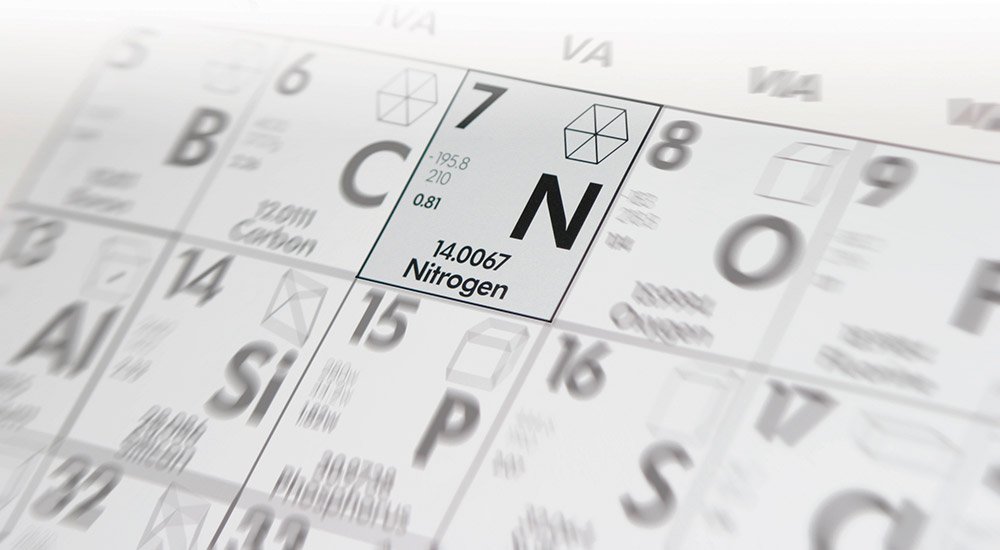 Researchers at Caltech have synthesized the first iron-based catalyst for the conversion of atmospheric nitrogen to ammonia.
Credit: iStockphoto
Download Full Image
Subscribe
The Caltech Weekly