PASADENA, Calif.—For decades, science texts have told a simple and straightforward story about a particular protein—a transcription factor—that helps the embryo of the fruit fly, Drosophila melanogaster, pattern tissues in a manner that depends on the levels of this factor within individual cells.

"For 20 years, this system of patterning has been used in textbooks as a paradigm for patterning in embryos, controlled by transcription factors," says Angelike Stathopoulos, assistant professor of biology at the California Institute of Technology (Caltech).

Now Stathopoulos and her Caltech colleagues, reporting in the online edition of the Proceedings of the National Academy of Sciences (PNAS), have called that paradigm into question, revealing a tale that is both more complicated and potentially more interesting than the one previously described.

The football-shaped embryo of the fruit fly has a dorsal (back/top) side and a ventral (front/bottom) side. During development, the cells in each of these regions begin to differentiate and take on specific, specialized roles.

Those decisions are influenced, at least in part, by chemical signals in the cells' environment, including signals called transcription factors—proteins that, by promoting the transcription of particular DNA sequences, regulate whether specific genes are turned on or off.

In Drosophila, the textbooks said, decisions in the early embryo are made by a transcription factor called Dorsal (which, confusingly, is found primarily in the cells in the ventral part of the embryo, and is absent in those in the dorsal part). Dorsal was said to be the key determinant of the ultimate fate of the cells in which it is present—as long as it is present in high enough concentrations to be noticed by the nuclei.

"There's a threshold," says Caltech postdoctoral scholar Greg Reeves. "Depending on the level of the signal, the decision of whether to differentiate one way or another is made."

And the strength of the signal the nuclei are exposed to, he says, is determined at least in part by their position; the signal changes on a gradient along the dorsal-ventral axis of the embryo that goes from high to nearly nonexistent levels of the factor.

"The gradient sets up boundaries of gene expression," explains Reeves. "It's like a radio-tower signal; you can tell how far away you are from the tower by how clear a signal you receive. At some distance, you won't be able to hear the signal at all."

But if you look closely at the patterning that occurs in the Drosophila embryo, Stathopoulos notes, this theory that Dorsal is the main determinant of patterning falls short of explaining the whole process. That's because, as their study showed, some of the nuclei in the embryo are responding to a signal they shouldn't be able to hear.

"These are places where the levels of the factor flatline," she points out, "and yet you still have patterns forming there."

Why hadn't this disparity been seen before? Because previous measurements in the Drosophila embryo had looked at overall levels of Dorsal—at its levels not only in the nuclei, where the transcription factor does its work, but in the cytoplasm as well. Because cytoplasmic levels of Dorsal rise when nuclear levels fall, cells with little to no working transcription factor in the nucleus may still show significant levels of the factor overall, due to its presence in the cytoplasm.  Thus, researchers have always believed that Dorsal signaling is critical in a large portion of the embryo.

The Caltech team—which included Stathopoulos, Reeves, and former Caltech graduate student Louisa Liberman, now at Duke University—showed in their PNAS paper that the actual signaling from nuclear Dorsal works over quite a short range. "We think, now, that it's only controlling half the patterning that goes on in these embryos," Stathopoulos says.

In their paper, the Caltech team looked not only at the nuclear levels of the transcription factor, but at how those levels change throughout the early stages of embryonic development. They found that Dorsal provides constantly changing positional information to the nuclei, raising the question of how such a dynamic signal could be interpreted.

"We've shown that, instead of a steady amount of signal telling the cells what to do, the signal changes over time," says Reeves.

Still, the researchers say that Dorsal clearly is critical for patterning in parts of the embryo. "It's just not controlling all of the domains all of the time," says Stathopoulos.

The researchers propose that the key to understanding patterning in Drosophila embryos is to identify other transcription factors that work with Dorsal to control patterning in dorsal regions. Even if the levels of Dorsal flatline here, these other factors may provide the necessary additional information cells need to decipher their relative positions.  The group is actively searching for such transcription factors.

The work described in the PNAS paper, "Quantitative imaging of the Dorsal nuclear gradient reveals limitations to threshold-dependent patterning in Drosophila," was supported by grants from the National Institute of Health's National Institute of General Medical Sciences and the Jane Coffin Childs Memorial Fund for Medical Research. 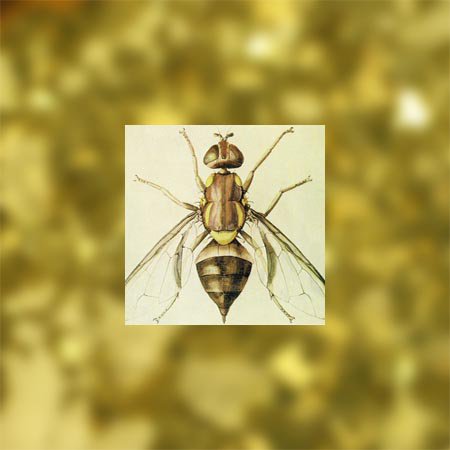