PASADENA, Calif.—Our bodies are full of tiny superheroes—antibodies that fight foreign invaders, cells that regenerate, and structures that ensure our systems run smoothly. One such structure is myelin—a material that forms a protective, insulating cape around the axons of our nerve cells so that they can send signals quickly and efficiently. But myelin, and the specialized cells called oligodendrocytes that make it, become damaged in demyelinating diseases like multiple sclerosis (MS), leaving neurons without their myelin sheaths. As a consequence, the affected neurons can no longer communicate correctly and are prone to damage. Researchers from the California Institute of Technology (Caltech) now believe they have found a way to help the brain replace damaged oligodendrocytes and myelin.

The therapy, which has been successful in promoting remyelination in a mouse model of MS, is outlined in a paper published February 8 in The Journal of Neuroscience.

"We've developed a gene therapy to stimulate production of new oligodendrocytes from stem and progenitor cells—both of which can become more specialized cell types—that are resident in the adult central nervous system," says Benjamin Deverman, a postdoctoral fellow in biology at Caltech and lead author of the paper. "In other words, we're using the brain's own progenitor cells as a way to boost repair."

The therapy uses leukemia inhibitory factor (LIF), a naturally occurring protein that was known to promote the self-renewal of neural stem cells and to reduce immune-cell attacks to myelin in other MS mouse models.

"What hadn't been done before our study was to use gene therapy in the brain to stimulate these cells to remyelinate," says Paul Patterson, the Biaggini Professor of Biological Sciences at Caltech and senior author of the study.

"Researchers had been skeptical that a single factor could lead to remyelination of damaged cells," says Deverman. "It was thought that you could use factors to stimulate the division and expansion of the progenitor population, and then add additional factors to direct those progenitors to turn into the mature myelin-forming cells. But in our mouse model, when we give our LIF therapy, it both stimulates the proliferation of the progenitor cells and allows them to differentiate into mature oligodendrocytes."

In other words, once the researchers stimulated the proliferation of the progenitor cells, it appeared that the progenitors knew just what was needed—the team did not have to instruct the cells at each stage of development. And they found that LIF elicited such a strong response that the treated brain's levels of myelin-producing oligodendrocytes were restored to those found in healthy populations.

The researchers note, too, that by placing LIF directly in the brain, one avoids potential side effects of the treatment that may arise when the therapy is infused into the bloodstream.

"This new application of LIF is an avenue of therapy that has not been explored in human patients with MS," says Deverman, who points out that LIF's benefits might also be good for spinal-cord injury patients since the demyelination of spared neurons may contribute to disability in that disorder.

To move the research closer to human clinical trials, the team will work to build better viral vectors for the delivery of LIF. "The way this gene therapy works is to use a virus that can deliver the genetic material—LIF—into cells," explains Patterson. "This kind of delivery has been used before in humans, but the worry is that you can't control the virus. You can't necessarily target the right place, and you can't control how much of the protein is being made."

Which is why he and Deverman are developing viruses that can target LIF production to specific cell types and can turn it on and off externally, providing a means to regulate LIF levels. They also plan to test the therapy in additional MS mouse models.

"For MS, the current therapies all work by modulating or suppressing the immune system, because it's thought to be a disease in which inflammation leads to immune-associated loss of oligodendrocytes and damage to the neurons," says Deverman. "Those therapies can reduce the relapse rate in patients, but they haven't shown much of an effect on the long-term progression of the disease. What are needed are therapies that promote repair. We hope this may one day be such a therapy."

The work done in this study, "Exogenous Leukemia Inhibitory Factor Stimulates Oligodendrocyte Progenitor Cell Proliferation and Enhances Hippocampal Remyelination," was funded by the California Institute for Regenerative Medicine, the National Institutes of Neurological Disorders and Stroke, and the McGrath Foundation. 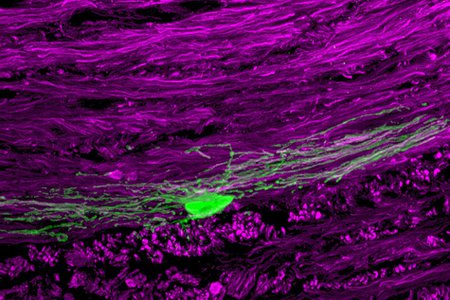 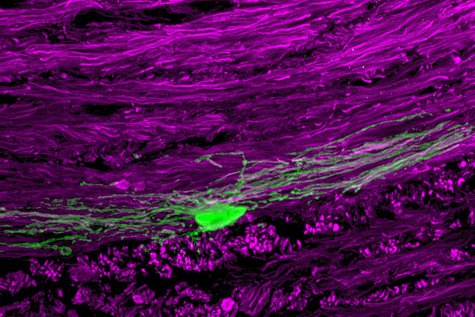