PASADENA, Calif.—The California Institute of Technology has received two gifts totaling $600 million, half from Intel cofounder Gordon Moore and his wife Betty and half from the Gordon and Betty Moore Foundation. Together they are the largest donation ever to an institution of higher learning.

"These gifts are one of the great events in Caltech's history," said Caltech president David Baltimore. "They will allow us to realize research dreams, to maintain our greatness in the many areas in which we are preeminent, and to provide a special Caltech education for generations of students to come. It is testament to the great love that Betty and Gordon Moore have for this community of scholars and of the confidence the foundation has in this institute. The community will forever be grateful for their unprecedented generosity."

Moore, who received his PhD in chemistry from Caltech in 1954, made the announcement at the Caltech Board of Trustees meeting this weekend. He said the gift is intended to allow Caltech to continue to do what it does best – collaborative work between disciplines – and to keep Caltech on the forefront of science and technology.

"Caltech has a unique ability to do multidisciplinary work – partly because of its size and partly because of its history. It is described as being a national treasure and it certainly is," said Moore. "The education I received there has served me well. We are hoping this gift will position the institute well as it moves forward."

Betty Moore, a graduate of San Jose State College in journalism, is very active in the couple's numerous philanthropic activities. She says Caltech has been an important part of her life during her 51-year marriage and she is pleased to be able to support it with this gift.

"We've been very fortunate in our lives and we feel it's time to give back," said Betty Moore. "We enjoy seeing the students and knowing that we're helping them."

The couple formed the Moore Foundation in November 2000 and set up offices in San Francisco. The foundation's main focus is the environment, scientific research, higher education, and the Bay Area.

The foundation's grants of $300 million over a 10-year period and the Moore's $300 million gift over five years are for educational and scientific programs to be mutually agreed upon.

"We are delighted to be able to make significant long-term grants to Caltech. These grants and the projects they will fund will help this outstanding institution remain at the forefront of higher education in the world," said Lew Coleman, president of the Gordon and Betty Moore Foundation.

"The Moore name has long been associated with world leadership in industry and technology," said Benjamin M. Rosen, chairman of the Caltech Board of Trustees. "Today, Gordon and Betty Moore extend this leadership to university education and research. From the seminal Moore's Law for semiconductors to this precedent-breaking Moores' Gift for Caltech, this couple's impact on the world at large and on Caltech is remarkable."

In 1968, Moore and a colleague from the Fairchild Semiconductor Division of Fairchild Camera and Instrument in Mountain View created a start-up to focus on large-scale integrated products. They typed a one-page business plan, received $2.5 million in venture capital in two days, and named the company Intel, short for "integrated electronics."

Among their early successes was the design of a general-purpose logic chip that could execute a string of instructions. This chip changed history by making programmable intelligence so cheap that it could be embedded into household appliances and was powerful enough for computers that tackle the largest scientific problems. The microprocessor was hailed as one of the top inventions in American technology history, ranking with the invention of the light bulb, the telephone, and the airplane.

Moore was chief executive officer at Intel from 1975 to 1987, and was chairman until 1997 when he became chairman emeritus. He is widely known for "Moore's Law," which he formulated in 1965. The law stated that the number of transistors the industry would be able to place on a chip would double every year, a trend he forecast would continue through 1975. In 1975 he updated his prediction to once every two years. While originally intended as a rule of thumb, it has become the guiding principle for the industry, which endeavors to deliver ever more powerful semiconductor chips at proportionate decreases in cost.

Moore is a director of Gilead Sciences Inc. and Conservation International. A member of the National Academy of Engineering and a fellow of the Institute of Electrical and Electronics Engineers, he received the National Medal of Technology in 1990 from then-president George Bush. 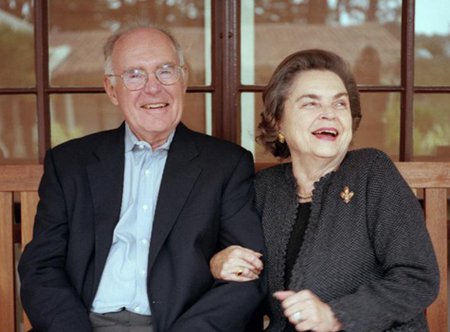 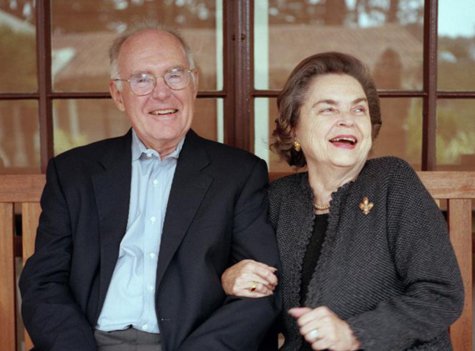