Barry Simon, IBM Professor of Mathematics and Theoretical Physics at Caltech, is a 2012 recipient of the Henri Poincaré Prize, awarded by the International Association of Mathematical Physics and funded by the Daniel Iagolnitzer Foundation.
Originating in 1997, the prize is awarded every three years in recognition of outstanding contributions in mathematical physics and accomplishments leading to novel developments in the field.
According to his citation, Simon was recognized for "his impact on many areas of mathematical physics including, in particular, the spectral theory of Schroedinger operators, for his mentoring of generations of young scientists, and for his lucid and inspirational books.
The prize was awarded on August 6 at the International Congress of Mathematical Physics in Allborg, Denmark. Other 2012 Henri Poincaré Prize winners are Nalini Anantharaman of Université de Paris-Sud; Freeman Dyson of the Institute of Advanced Study, Princeton University; and Sylvia Serfaty, Université Pierre et Marie Curie, Paris, and the Courant Institute, New York University.
Written by
Brian Bell
Contact
Caltech Media Relations
mr@caltech.edu 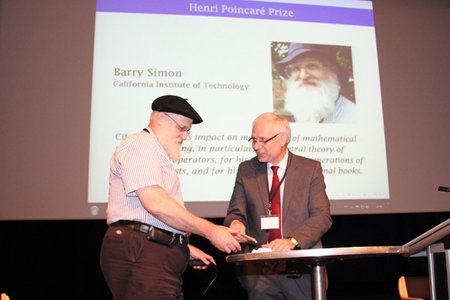 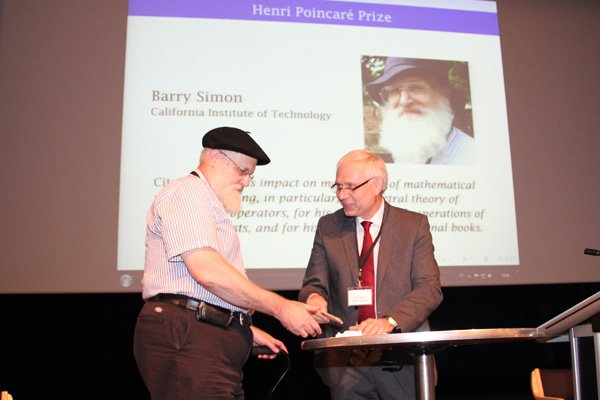