NASA announced today that Caltech's Jessica Watkins, GPS Chair's Postdoctoral Scholar and California Alliance for Graduate Education and the Professoriate (AGEP) Fellow, has been selected for the 2017 Astronaut Class. A native of Gaithersburg, Maryland, Watkins graduated from Stanford University in 2010 and earned a PhD from UCLA in 2015. For the past two years, she has worked at Caltech on the Mars Science Laboratory mission's Curiosity rover with John Grotzinger, the Fletcher Jones Professor of Geology and Ted and Ginger Jenkins Leadership Chair in the Division of Geological and Planetary Sciences. A multi-sport athlete, Watkins has also served as an assistant coach for the Caltech women's basketball team. In just two months, she will depart from Pasadena to begin two years of astronaut training in Houston—the realization of a dream that began when she was nine years old.

Watkins recently talked with us about how she got where she is today, and what is next for her.

What inspired you to become an astronaut?

I've been trying to remember what that moment was for me. I was doing an afterschool enrichment program at Judith A. Resnik Elementary School [in Gaithersburg, Maryland]. Judy Resnik was an astronaut. I must have had a conversation with my parents at some point about "Who is Judy Resnik? What did she do?" I think I was inspired by her story and decided I wanted to be an astronaut, and that never went away.

What do you do to prepare to become an astronaut?

It's kind of a tough question because there's really no way to prepare to be an astronaut. There's no degree in being an astronaut. From what I understand about the selection process, they're really looking for a diverse team with a diverse set of backgrounds and experiences. So what they want to see is that you are well-rounded but that you've also chosen a path, are passionate about it, and have excelled in that field, whatever that field may be—as long as it's a STEM field. To that end, I've pursued my passion for planetary geology and studying Mars, and built a career around that with the assumption that if being an astronaut didn't happen, I'd still be fulfilled and enjoy planetary geology.

How do you prepare physically for this training?

I've played sports all throughout my life. In high school I played basketball, soccer, and ran track, and in college I picked up rugby. I played rugby at Stanford for four years and also played on the national team. Those have helped me maintain my health, but also there are important teamwork and discipline aspects that have helped me to get to this point.

Tell us about getting the call from NASA, letting you know that you had been selected.

We knew that the call was coming on May 25, either way. There was some speculation among the interviewees about what time they would call, and what that would mean. Or who was calling, and what that would mean. But all of that was speculation. You get a phone call, and you're just nervously listening to the tone of the voice on the other end, trying to figure out what they're going to say.

Where were you when you got the call?

I was actually in bed. I had come down with a cold—a poorly timed cold—so I was in bed and resting. I picked up the phone and I was talking to Brian "BK" Kelly, who is the director of the Flight Operations Directorate at Johnson Space Center in Houston. And he said "How are you doing?" And I said, "I'm actually a little under the weather." And he said, "Maybe we can help with that." And that was when I knew.

What did you do next?

I hung up the phone and just sat there for a second. I was going back through it in my mind, saying "They did say yes, right? And they got the right person?" I had half a mind to call them back and double check. But I let it sink in for a second, then called my parents and my sister to share the good news, and I went back to sleep at that point. My excitement was too much to handle.

Do you have to relocate for training?

The new class of astronauts is going to report to Johnson Space Center later this summer, in August. There's a two-year training period that we are signed up for. We have been selected to be astronaut candidates, which makes us eligible for that training. Once we complete it, then we'll be astronauts and eligible to be selected for a mission.

From my understanding, we will do everything as a team, and that becomes your family in a lot of ways. Especially during that first two years of training, you're going through that intense learning process together.

How soon could you be going to space?

NASA has informed us that it will probably be close to five to seven years before we fly. The first two years are training, and following that you're put on a waitlist as missions become available. The class that was selected in 2013 has not all been assigned yet, so we would join the waitlist behind the 2013 class. Currently we are only sending up about two Americans per year because we're at this transition point between the shuttle program ending and starting to get our private industry spacecraft and Orion, our long-duration spacecraft, up and running. We're at a critical and exciting point here, where things are going to start changing, and human spaceflight is going to start looking different in terms of private industry involvement and in terms of where we're going, how far we can go, and how often.

What would you say to students who want to follow in your footsteps?

For young kids, I'd strongly encourage exploring the STEM fields. I think that's a great place to start. Incite a passion for exploration and a curiosity about the world around you. Ask a lot of questions. That's how you can stimulate the kind of curiosity and intellectual passion that will carry you through in a STEM field.

As you get a little bit older, remember that whenever it feels like one door is closing, another is opening. That is something that has been true for me. I had a path that I'd thought I'd laid out for myself and that seemed to be not panning out, but there was a different path that worked out with a little bit of persistence.

What didn't seem to be panning out? And how did that ultimately work out?

I went into Stanford as a mechanical engineering major, with the assumption that that was the path I needed to take in order to be an astronaut. I took those classes for about a year and a half and just didn't love it. It wasn't exactly the right fit for me. I wasn't passionate about it, and I was doing it because I felt like I had to, or because it was just what I needed to do in order to reach this goal. But I found that a bachelor's in science is included as an option in the basic requirements for astronaut selection so I could expand my search a little bit for a major, and that's when I fell into planetary geology as a means of studying the planets and the solar system. I haven't looked back since! 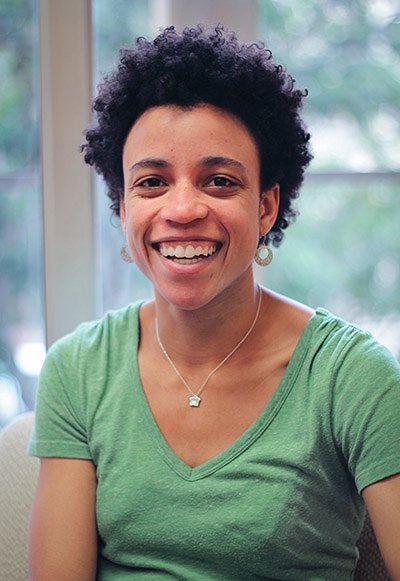