Caltech Physicists are Awarded New Funding from the Simons Foundation

For nearly 20 years, the Simons Foundation has worked to advance mathematics and the physical sciences through grants and educational programs. Now the organization is taking its support of research one step further by naming 21 scientists as the first-ever Simons Investigators. Caltech physicists Chris Hirata and Hirosi Ooguri are among this inaugural group of recipients, each of whom are eligible to receive more than $1.3 million over the next ten years to fund innovative research.

According to the foundation, the goal of the new program is "to provide a stable base of support for outstanding scientists in their most productive years, enabling them to undertake long-term study of fundamental questions." Nine theoretical physicists, seven mathematicians, and five computer scientists were appointed as Simons Investigators. Each recipient will be granted funds to be applied to their individual research, their department, and their institution for an initial period of five years, beginning in August. The foundation anticipates renewing the grants for an additional five years in 2017.

Hirosi Ooguri, the Fred Kavli Professor of Theoretical Physics and Mathematics at Caltech and deputy chair of the Division of Physics, Mathematics and Astronomy, was recognized in his award citation as a "mathematical physicist and string theorist of exceptional creativity and breadth." He was chosen as an investigator for his "innovations in the use of topological string theory to compute Feynman diagrams in superstring models," as well as for his cutting-edge work on the relationship of supersymmetric gauge theories to string theory and to gravity.

"Theoretical physicists are like travelers without maps—to bring back wonderful things from far places, we need to take a long view and take risks," says Ooguri, who has been at Caltech since 2000. "The stable and unrestricted support from the Simons Investigator program will enable us to make such long journeys. I am excited about the opportunity and will try my best to live up to the expectation."

Chris Hirata, professor of astrophysics, was cited as "an outstanding young cosmologist and astrophysicist whose research ranges from purely theoretical investigations to original data analysis." He will receive funding for his work with experimental and observational groups on systematizing the extraction of cosmological data from the cross correlation of different extragalactic surveys—work that "is having an important impact on precision cosmology," according to the foundation.

"We are very proud that the Simons Foundation has recognized two of our outstanding faculty in theoretical physics through these awards," says Thomas Soifer, professor of physics, and chair of the Division of Physics, Mathematics and Astronomy at Caltech. "The Simons Foundation is visionary in recognizing the importance of significant, stable funding for these brilliant researchers, which will give them the resources so that they are limited in what they achieve only by their own imaginations."

The Simons Foundation is a private foundation based in New York City and was founded by mathematician James Simons and his wife, Marilyn. The organization also promotes research in the life sciences and launched the Simons Foundation Autism Research Initiative (SFARI), a program designed to improve the diagnosis and treatment of autism spectrum disorders. SFARI is a funding source for a number of research projects at Caltech. 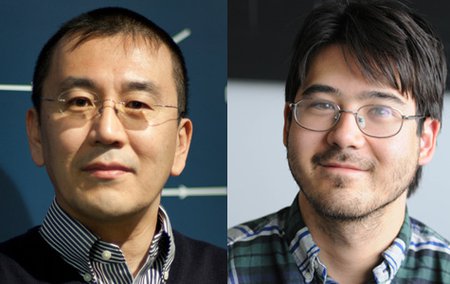 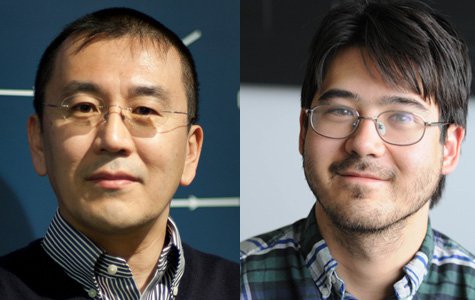