PASADENA, Calif.—Alexei Kitaev, professor of theoretical physics, computer science, and mathematics at the California Institute of Technology (Caltech), has been named an inaugural winner of the Fundamental Physics Prize—a $3 million award that represents the largest academic prize given to an individual in the history of science.

The prize, funded by Yuri Milner, a Russian entrepreneur and venture capitalist, was given with "the aim of providing the recipients with more freedom and opportunity to pursue even greater future accomplishments," according to the Fundamental Physics Prize Foundation website. In addition to Kitaev, eight other physicists received the award, for a grand total of $27 million in prize money. The individual awards are more than twice what Nobel laureates receive, and that amount—about $1.2 million—is often split among a few winners.

"It was a great surprise and honor to learn that I was a recipient of the prize along with some very famous and renowned physicists," says Kitaev. "At first, I was confused because I didn't think that the money could be just for me—I assumed such a big prize would be shared among all the recipients. I feel very happy and extremely lucky."

Kitaev, a member of the new Institute for Quantum Information and Matter (IQIM) at Caltech, is known for developing algorithms and theories to enable quantum computing, which has the potential to perform in seconds certain tasks that would take an ordinary computer thousands of years to complete. The award citation recognized his "theoretical idea of implementing robust quantum memories and fault-tolerant quantum computation using topological quantum phases with anyons and unpaired Majorana modes."

"I'm delighted that Alexei is getting the recognition he so richly deserves for making the fundamental and profound contributions to one of the most exciting areas of fundamental physics," says Tom Soifer, professor of physics and chair of the Division of Physics, Mathematics and Astronomy at Caltech. "His work is blazing the path toward what we hope will be the next major technical revolution in computing, the realization of quantum computers."

With a joint appointment at Caltech in the Division of Physics, Mathematics and Astronomy and the Division of Engineering and Applied Science, Kitaev explores the mysterious behavior of quantum systems and their implications for developing practical applications, such as quantum computers.

"Every physicist is excited to get new opportunities to test theories, and quantum computing would eliminate a lot of stumbling blocks that we face in making connections between theory and experiments," says Kitaev, who was named a MacArthur Fellow in 2008. He is unsure how he will use the prize money. Beyond his family needs and personal spending, he would like to help support educational efforts.

Kitaev received an MS from the Moscow Institute of Physics and Technology in 1986 and his PhD from Russia's Landau Institute for Theoretical Physics in 1989, where he continued to work until 1998. He was a researcher at Microsoft Research from 1999 until 2001 and spent a year at Microsoft Station Q in 2005–2006. He first came to Caltech as a visiting associate and lecturer in 1998, and he was named professor of theoretical physics and computer science in 2002.

Milner chose the inaugural recipients of the prize, but these recipients will work together to choose next year's winner, or winners. The recipients are also invited to give annual public lectures as part of an effort to raise the profile of fundamental physics and communicate advances to a wider audience.

The other winners are Nima Arkani-Hamed, Juan Maldacena, Nathan Seiberg, and Edward Witten from the Institute for Advanced Study at Princeton University; Alan Guth from MIT; Maxim Kontsevich from the Institute of Advanced Scientific Studies in France; Andrei Linde from Stanford; and Ashoke Sen from the Harish-Chandra Research Institute in India.

Caltech's IQIM is a Physics Frontier Center supported by the National Science Foundation and the Gordon and Betty Moore Foundation. 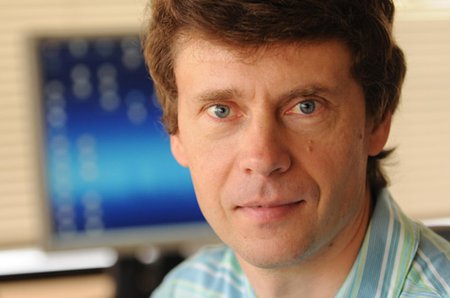 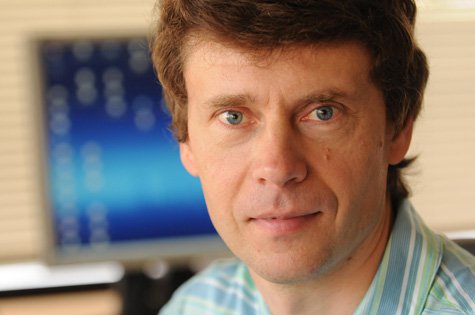