Ed Brown, general manager of event productions in the Office of Strategic Communications, passed away on November 9, 2021. He was 59 years old.

Brown joined Caltech in 2012 as a lighting designer and stage technician in Campus Programs, bringing to the Institute extensive expertise in theatre arts, television scriptwriting, and live event production. During his time at Caltech, he worked behind the scenes as a stage technician, event manager, and, ultimately, as manager of both the Beckman and Ramo auditoriums and the ticket office, to produce hundreds of campus events and lectures that highlighted faculty research; celebrated the performing arts, theater, and chamber music; and cultivated community among members of the campus and beyond. Brown and the event productions group were central to the success of the Institute's annual commencement and convocation ceremonies, including the two virtual commencements and recent in-person celebrations the Institute hosted during the pandemic for students and their families.

"Ed was a remarkable person on a remarkable campus,"says Diana Jergovic, vice president for strategy implementation. "He had an effortless command of his craft, a tireless work ethic, an unlimited reserve of kindness, and a vast capacity for friendship. Those who worked closely with Ed will miss him always."

A cross-campus collaborator, Brown will be remembered for his affable personality, sense of humor, hardworking nature, and ability to make friends out of coworkers. He was vocal about his personal commitment to diversity, representation, and accessibility, values he displayed in his life as an ally and participant in Black Lives Matter protests and that he brought to his work on campus in his approach to facilities and team management.

Brian Brophy, director of Theater Arts at the California Institute of Technology (TACIT), noted that Brown served as the lighting designer for nearly all of TACIT's shows since 2010. "Through the colorful blend of lights, Ed transported people to other worlds and heightened our imagination with the tools of his trade: light and shadow," Brophy says "People trusted Ed and knew they could get straight answers with a sweet, sly side of snark. He had a big heart and a quick wit and always found ways to resolve conflicts in a gentle way."

Prior to coming to Caltech, Brown worked for nearly a decade at the University of Arizona, supporting its UApresents program. He also worked for several years as a staff writer for various ABC and CBS studios television programs.

Brown is survived by his adult son, Noah, who he described as his "greatest accomplishment in life"; his father, Phil Brown; his sister, Mary Brown; and his former spouse, Tamera Brown. 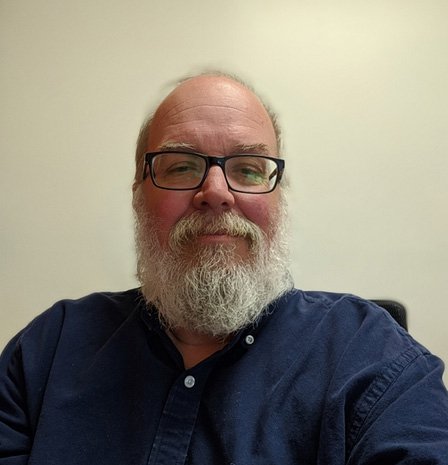