PASADENA, Calif.—Were dinosaurs slow and lumbering, or quick and agile? It depends largely on whether they were cold or warm blooded. When dinosaurs were first discovered in the mid-19th century, paleontologists thought they were plodding beasts that had to rely on their environments to keep warm, like modern-day reptiles. But research during the last few decades suggests that they were faster creatures, nimble like the velociraptors or T. rex depicted in the movie Jurassic Park, requiring warmer, regulated body temperatures like in mammals.

Now, a team of researchers led by the California Institute of Technology (Caltech) has developed a new approach to take body temperatures of dinosaurs for the first time, providing new insights into whether dinosaurs were cold or warm blooded. By analyzing isotopic concentrations in teeth of sauropods, the long-tailed, long-necked dinosaurs that were the biggest land animals to have ever lived—think Apatosaurus (also known as Brontosaurus)—the team found that the dinosaurs were about as warm as most modern mammals.

"This is like being able to stick a thermometer in an animal that has been extinct for 150 million years," says Robert Eagle, a postdoctoral scholar at Caltech and lead author on the paper to be published online in the June 23 issue of Science Express. (Click here for video and additional images.)

"The consensus was that no one would ever measure dinosaur body temperatures, that it's impossible to do," says John Eiler, a coauthor and the Robert P. Sharp Professor of Geology and professor of geochemistry. And yet, using a technique pioneered in Eiler's lab, the team did just that.

The researchers analyzed 11 teeth, dug up in Tanzania, Wyoming, and Oklahoma, that belonged to Brachiosaurus brancai and Camarasaurus. They found that the Brachiosaurus had a temperature of about 38.2 degrees Celsius (100.8 degrees Fahrenheit) and the Camarasaurus had one of about 35.7 degrees Celsius (96.3 degrees Fahrenheit), warmer than modern and extinct crocodiles and alligators but cooler than birds. The measurements are accurate to within one or two degrees, Celsius.

"Nobody has used this approach to look at dinosaur body temperatures before, so our study provides a completely different angle on the longstanding debate about dinosaur physiology," Eagle says.

The fact that the temperatures were similar to those of most modern mammals might seem to imply that dinosaurs had a warm-blooded metabolism. But, the researchers say, the issue is more complex. Because large sauropod dinosaurs were so huge, they could retain their body heat much more efficiently than smaller mammals like humans. "If you're an animal that you can approximate as a sphere of meat the size of a room, you can't be cold unless you're dead," Eiler explains. So even if dinosaurs were "cold blooded" in the sense that they depended on their environments for heat, they would still have warm body temperatures. 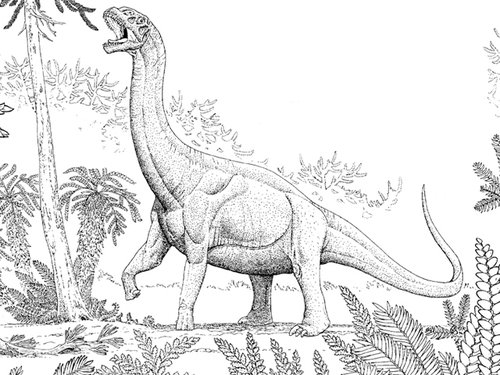 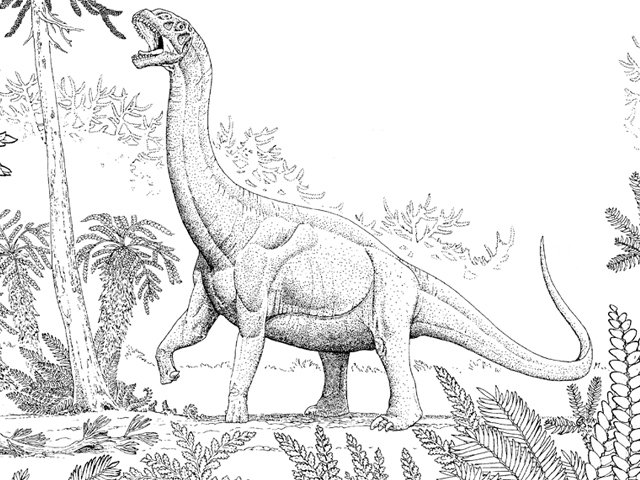 "The body temperatures we've estimated now provide a key piece of data that any model of dinosaur physiology has to be able to explain," says Aradhna Tripati, a coauthor who's an assistant professor at UCLA and visiting researcher in geochemistry at Caltech. "As a result, the data can help scientists test physiological models to explain how these organisms lived."

The measured temperatures are lower than what's predicted by some models of body temperatures, suggesting there is something missing in scientists' understanding of dinosaur physiology. These models imply dinosaurs were so-called gigantotherms, that they maintained warm temperatures by their sheer size. To explain the lower temperatures, the researchers suggest that the dinosaurs could have had some physiological or behavioral adaptations that allowed them to avoid getting too hot. The dinosaurs could have had lower metabolic rates to reduce the amount of internal heat, particularly as large adults. They could also have had something like an air-sac system to dissipate heat. Alternatively, they could have dispelled heat through their long necks and tails.

Previously, researchers have only been able to use indirect ways to gauge dinosaur metabolism or body temperatures. For example, they infer dinosaur behavior and physiology by figuring out how fast they ran based on the spacing of dinosaur tracks, studying the ratio of predators to prey in the fossil record, or measuring the growth rates of bone. But these various lines of evidence were often in conflict. "For any position you take, you can easily find counterexamples," Eiler says. "How an organism budgets the energy supply that it gets from food and creates and stores the energy in its muscles—there are no fossil remains for that," he says. "So you just sort of have to make your best guess based on indirect arguments."

But Eagle, Eiler, and their colleagues have developed a so-called clumped-isotope technique that shows that it is possible to take body temperatures of dinosaurs—and there's no guessing involved. "We're getting at body temperature through a line of reasoning that I think is relatively bullet proof, provided you can find well-preserved samples," Eiler says. In this method, the researchers measure the concentrations of the rare isotopes carbon-13 and oxygen-18 in bioapatite, a mineral found in teeth and bone. How often these isotopes bond with each other—or "clump"—depends on temperature. The lower the temperature, the more carbon-13 and oxygen-18 tend to bond in bioapatite. So measuring the clumping of these isotopes is a direct way to determine the temperature of the environment in which the mineral formed—in this case, inside the dinosaur. 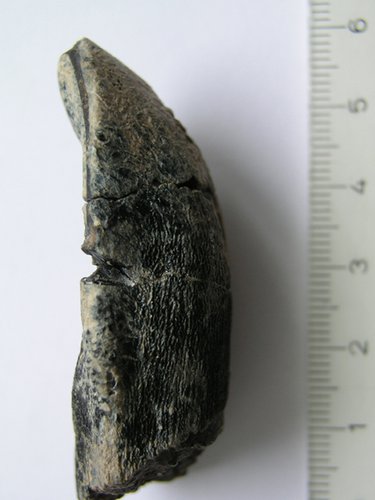 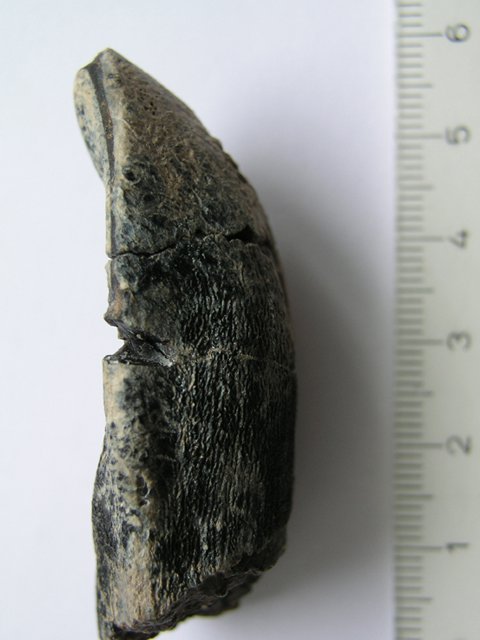 "What we're doing is special in that it's thermodynamically based," Eiler explains. "Thermodynamics, like the laws of gravity, is independent of setting, time, and context." Because thermodynamics worked the same way 150 million years ago as it does today, measuring isotope clumping is a robust technique.

Identifying the most well-preserved samples of dinosaur teeth was one of the major challenges of the analysis, the researchers say, and they used several ways to find the best samples. For example, they compared the isotopic compositions of resistant parts of teeth—the enamel—with easily altered materials—dentin and fossil bones of related animals. Well-preserved enamel would preserve both physiologically possible temperatures and be isotopically distinct from dentin and bone.

The next step is to take temperatures of more dinosaur samples and extend the study to other species of extinct vertebrates, the researchers say. In particular, taking the temperature of unusually small and young dinosaurs would help test whether dinosaurs were indeed gigantotherms. Knowing the body temperatures of more dinosaurs and other extinct animals would also allow scientists to learn more about how the physiology of modern mammals and birds evolved.

The Science paper is titled, "Dinosaur body temperatures determined from isotopic (13C-18O) ordering in fossil biominerals." In addition to Eagle, Eiler, and Tripati, the other authors are Thomas Tütken from the University of Bonn, Germany; Caltech undergraduate Taylor Martin; Henry Fricke from Colorado College; Melissa Connely from the Tate Geological Museum in Casper, Wyoming; and Richard Cifelli from the University of Oklahoma. Eagle also has a research affiliation with UCLA.

This research was supported by the National Science Foundation and the German Research Foundation. 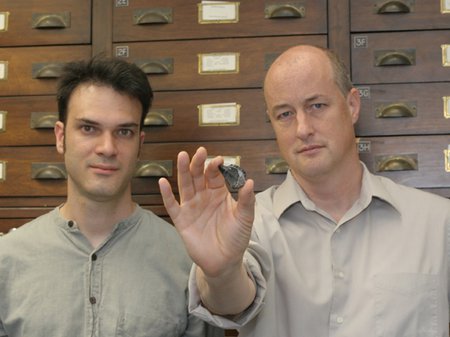 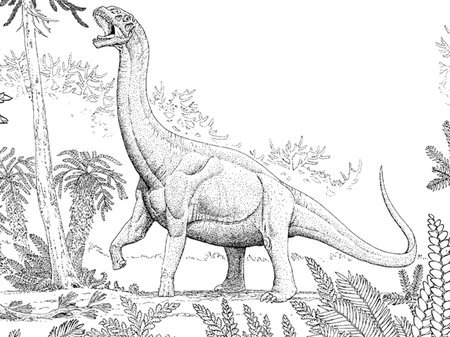 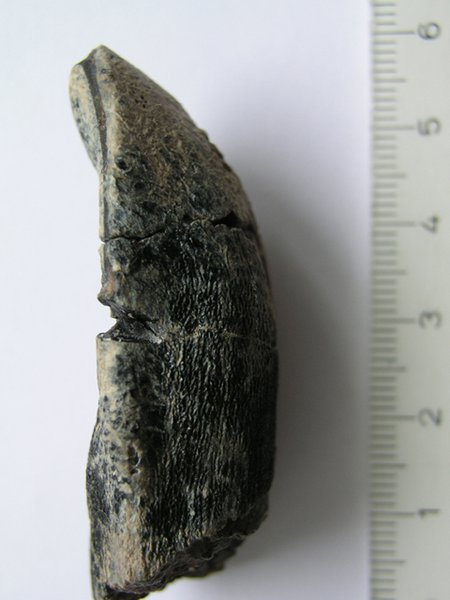 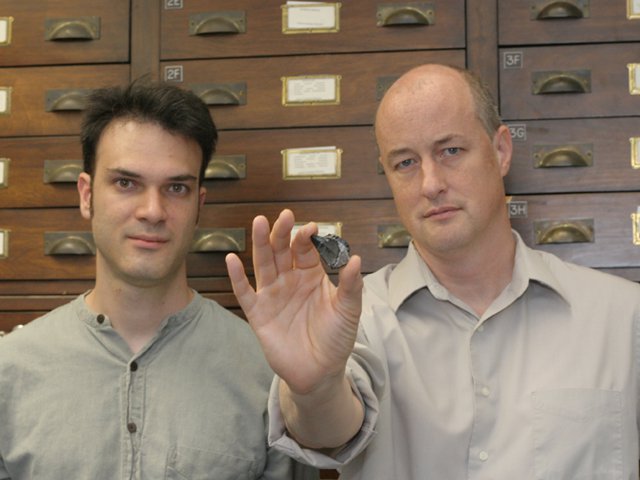