PASADENA, Calif.-- Brain-imaging studies reveal that voting decisions are more associated with the brain's response to negative aspects of a politician's appearance than to positive ones, says a team of researchers from the California Institute of Technology (Caltech), Scripps College, Princeton University, and the University of Iowa. This appears to be particularly true when voters have little or no information about a politician aside from their physical appearance.

The research was published online in the journal Social Cognitive and Affective Neuroscience (http://scan.oxfordjournals.org) on October 28.

Deciding whom to trust, whom to fear, and indeed for whom to vote in an election depends, in part, on quick, implicit judgments about people's faces. Although this general finding has been scientifically documented, the detailed mechanisms have remained obscure. To probe how a politician's appearance might influence voting decisions, Michael Spezio, an assistant professor of psychology at Scripps College and visiting associate at Caltech, and Antonio Rangel, an associate professor of economics at Caltech, examined brain activation in subjects looking at the faces of real politicians.

Using a functional magnetic resonance imaging (fMRI) scanner at the Caltech Brain Imaging Center, the researchers obtained high-resolution images of brain activation as volunteers made decisions about politicians based solely on their pictures.

The researchers conducted two independent studies using different groups of volunteers viewing the images of different politicians. Volunteers were shown pairs of photos, each with a politician coupled with their opponent in a real election in 2002, 2004, or 2006. Importantly, none of the study subjects were familiar with the politicians whose images they viewed.

The results correlated with actual election outcomes. For example, politicians who were thought to look the most physically threatening in the experiment were more likely to have actually lost their elections in real life. The correlation held true even when volunteers saw the politicians' pictures for less than one tenth of a second.

Importantly, the pictures of politicians who lost elections, both in the lab and in the real world, were associated with greater activation in key brain areas known to be important for processing emotion. This was true when volunteers simply voted and also when they closely examined the politicians' pictures for character traits. The studies suggest that negative evaluations based only on a politician's appearance have some effect on real election outcomes--and, specifically, may influence which candidate will lose an election. This influence appears to be more uniform than the influence exerted by positive evaluations based on appearance.

This finding fits with prior studies in cognitive neuroscience as well as in political theory.

"The results from our two studies suggest that intangibles like a candidate's appearance may work preferentially, or more uniformly, via negative motives, and by means of brain processing contributing to such negative evaluations," says Michael Spezio, the lead author on the study.

"It's important to note that the brain region most closely associated with seeing pictures of election losers, known as the insula, is known to be important in processing both negative and positive emotional evaluations. Its increased activation in response to the appearance of election losers is consistent with its association with negative emotional evaluations in several domains, including the sight of someone who looks disgusted or untrustworthy," Spezio says.

"Candidates try to evoke emotional reactions when they campaign for office, and this research gives us a new perspective on how much emotions might matter, and how they might matter, in terms of how voters view candidates," says study coauthor R. Michael Alvarez, a professor of political science at Caltech and codirector of the Caltech/MIT Voting Technology Project.

One surprise in the study is that negative evaluations, such as the perception that a candidate is threatening, influence election loss significantly more than positive evaluations like attractiveness influence election success. "While these findings are certainly very provocative, it is important to note their limitations," says study senior author Ralph Adolphs, Bren Professor of Psychology and Neuroscience and professor of biology at Caltech, and director of the Caltech Brain Imaging Center.

In particular, Adolphs says, the observed effects, while statistically significant, were rather small. "There is no doubt that many, many sources of information come into play when we make important and complex decisions, such as will happen in the upcoming elections. We are not claiming that how the candidates look is all there is to the story of how voters make up their minds--or that this is even the biggest part of the story. However, we do think it has some effect--and, moreover, that this effect may be largest when voters know little else about a candidate."

Adds Spezio, "Given the size of the effects we see, we are likely detecting the influence of voters who have little or no information about a candidate's views or life story, for example, or who choose not to pay attention to that information. Our finding is consistent with literature showing that humans prioritize negative information about outgroups"--groups of individuals who are perceived to not belong to one's own group, as defined by characteristics such as profession, age, gender, social community, and shared values, but to an outside group. "A voter who knows nothing about a candidate will likely put that candidate into a default outgroup position. From there, negative attributions are expected to get the primary weight in decisionmaking. And that is precisely what we see," he says.

"Earlier behavioral studies showed that rapid, effortless inferences from facial appearance predict the outcomes of political elections," says study coauthor Alex Todorov, an assistant professor of psychology and public affairs at Princeton University. In 2005, Todorov published the first study to show that voter decisions are significantly associated with character-trait judgments that are based entirely on the visual appearance of political candidates.

"However," Todorov adds, "these studies did not show how these inferential processes could play out at the level of individual voters. Two types of evidence will be critical to delineate the causal effects of appearance on electoral success: work by political scientists studying real voting decisions and work by cognitive neuroscientists studying the proximal mechanisms of the effects of inferences on decisions. The fMRI studies are an important step in the latter direction."

The coauthors of the study, titled, "A neural basis for the effect of candidate appearance on election outcomes," are John O'Doherty, associate professor of psychology at Caltech, Kyle Mattes of the University of Iowa, and Hackjin Kim of Korea University. 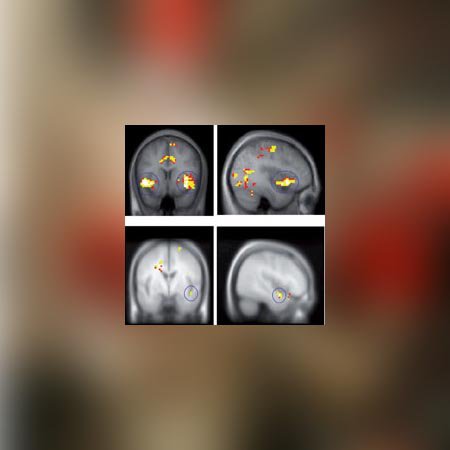