PASADENA, Calif.—Paul D. Asimow, professor of geology and geochemistry at the California Institute of Technology (Caltech), has been awarded the Richard P. Feynman Prize for Excellence in Teaching—Caltech's most prestigious teaching honor.

Asimow was selected for his "exceptional energy, originality, and ability to explain complicated concepts effectively," according to the award citation.

The Feynman Prize was established in 1993 "to honor annually a professor who demonstrates, in the broadest sense, unusual ability, creativity, and innovation in undergraduate and graduate classroom or laboratory teaching." Any member of the Caltech community—including faculty, students, postdoctoral scholars, alumni, or staff—may nominate a faculty member for the award. A committee appointed by the provost selects the winner.

"I'm both utterly surprised and deeply gratified, as the classes I teach are pretty small and specialized," says Asimow, who teaches Introduction to Geology and Geochemistry, and Thermodynamics of Geological Systems, among other courses. "I never expected to be considered alongside the professors who shoulder the hard work of teaching the big classes. I'm inspired by this recognition to keep putting my efforts into improving and updating what and how I teach."

Asimow says he credits his success in academia to a teacher he had as an undergrad at Harvard. "My own career path was determined by one incredible professor, James B. Thompson, Jr., who recently passed away," he notes. "I'd like to acknowledge the legacies of both Feynman and Thompson."

A member of the faculty since 1999, Asimow earned his MS and PhD at Caltech in 1993 and 1997, respectively. His research focuses on characterizing the mineralogy and melting of the earth's mantle, the formation of crust, and the nature of the core-mantle boundary.

In nomination letters written by students, Asimow was commended for his enthusiasm, clarity, and depth of knowledge. Several students described him as the professor to whom graduate students in the Division of Geological and Planetary Sciences turn when confused about a paper, when they can't agree on the answer to a scientific question, or when they're starting a new project or finishing a composition. The award citation also highlighted what the committee called a "striking innovation" of Asimow's curriculum for an advanced graduate class in petrology; in that class, he "invites his students to vote on the subject matter of the course on the first day of the term, laying the foundation for the extensive teacher-student interaction that forms a critical part of his teaching style."

"He is as inspiring as he is informative, and a great role model for us aspiring professors," said June Wicks, a graduate student in geochemistry, in her letter nominating Asimow for the prize. "He pours his energy into describing concepts both precisely and thoroughly."

Asimow says that the best thing about teaching at Caltech is its dynamic, engaged, talented, and curious student population.

"It makes all the difference to a teacher when the students are able and willing to interact, question, and even challenge the professor," says Asimow. "With small class sizes and suitable encouragement, I often get a group of students that help me and help each other to explore a subject in a satisfying and complete way. That's very rewarding." 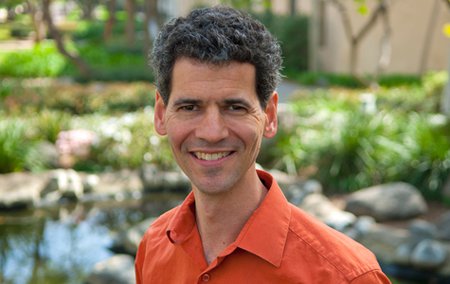 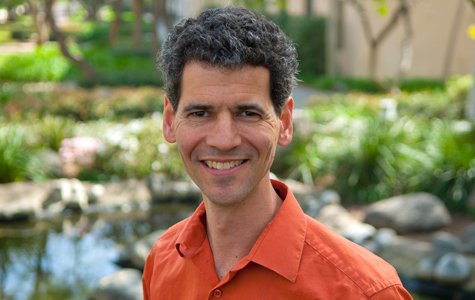