Caltech's Center for Autonomous Systems and Technologies (CAST) and the Technology Innovation Institute (TII) in Abu Dhabi, United Arab Emirates, have signed an agreement to begin a global strategic partnership to collaborate on key research priorities. 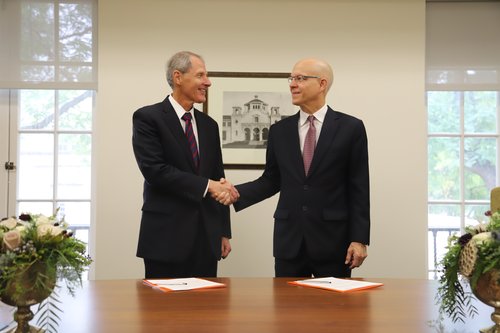 Thomas F. Rosenbaum (left) and Ray O. Johnson (right) at the signing of the partnership agreement on December 15.
Image Lightbox 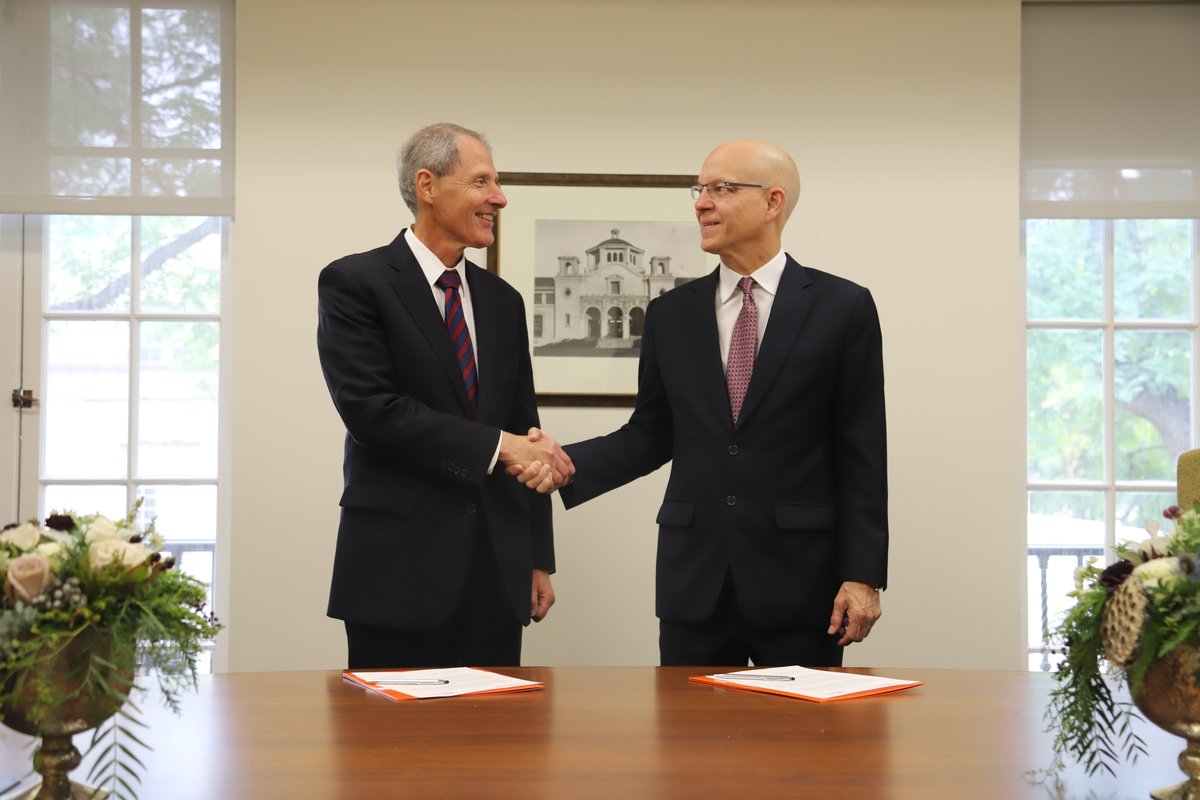 The partnership will also focus on sustainable technologies to address environmental challenges, and will support the training and development of young researchers in the early stages of their careers. The collaboration aims to provide opportunities for individuals to exchange between the two institutes and for new researchers to learn from some of the established figures in their fields.

"Since launching CAST in 2017, we've pushed the boundaries of research in autonomous systems. Through this partnership with TII, we're about to push that boundary even further," says Caltech's Mory Gharib (PhD '83), the Booth-Kresa Leadership Chair of CAST and the Hans W. Liepmann Professor of Aeronautics and Medical Engineering, as well as the director of GALCIT. While CAST will manage the relationship, the research that will be supported through the partnership reaches beyond CAST and across the Institute.

The partnership was spearheaded by Caltech's Anima Anandkumar, Bren Professor of Computing and Mathematical Sciences, and TII's Najwa Aaraj, Chief Researcher at the Cryptography Research Center and Acting Chief Researcher of the Autonomous Robotics Research Center. Anandkumar and Aaraj first recognized the potential for collaboration in many areas of science and engineering between the two institutes, with AI and autonomous systems as an initial focus.

All research projects under the partnership will be driven by real-world use cases. The quantum team will target the development and optimized encoding of new quantum algorithms and quantum neural networks, while the AI research projects will focus on low-precision AI and the emerging topic of developing new neural network models for the energy-constraint edge devices. The biotech emphasis will be on advancing cell therapy frameworks, and the propulsion experts will collaborate on emission-reduction systems.

"Caltech is one of the most prestigious universities in the world, and we are delighted to be collaborating with them on such critical research," says Ray O. Johnson, CEO of TII. "Caltech is globally renowned for its relentless pursuit of excellence and its first-class research. This mindset is one that we have adopted at TII, so I'm excited to see what the partnership will deliver."

The agreement between Caltech and TII was signed on December 15 by Johnson and Caltech President Thomas F. Rosenbaum, the Sonja and William Davidow Presidential Chair and professor of physics.