PASADENA—The California Institute of Technology broke ground for the Broad Center for Biological Sciences at noon, September 12, at the site of the future building, at the southeast corner of Wilson Avenue and Lura Street in Pasadena.

Expected to be completed in the year 2002, the Broad Center will be the site of up to a dozen key research groups that will expand Caltech's existing strengths and position the Institute for leadership in a number of critical areas of investigation. Principal funding for the building was provided by a gift of more than $20 million from Edythe and Eli Broad. Eli Broad is chairman and CEO of SunAmerica Inc. and has been a Caltech trustee since 1993.

The Broads' gift is part of a $100 million fund-raising effort for the biological sciences at Caltech.

Pei Cobb Freed & Partners is known for its work on the U.S. Holocaust Memorial Museum in Washington, D.C.; the Museum of Modern Art in Athens; the Miho Museum of Shiga, Japan; the Rock and Roll Hall of Fame and Museum in Cleveland; the Grand Louvre in Paris; and the Morton H. Meyerson Symphony Center in Dallas.

Caltech's Broad Center will be located on the northwest corner of campus, near the Beckman Institute. Measuring 120,000 square feet, with three floors above ground and two below, the building will include laboratories and offices for 10 to 12 research teams, as well as conference rooms, compact libraries, a lecture hall, and a seminar room. The latest modular design elements will be used to allow the greatest flexibility for rearranging labs and offices to accommodate future needs at minimum cost. The square modern design is intended to maximize scientific interaction within.

The building will contain several major research facilities including an imaging center and a biomolecular structures laboratory.

A mall covered by red Chinese pistache trees will line one side of the building. The exterior walls of the building will be travertine on the south-facing wall adjacent to the Beckman Institute, and etched stainless steel on the other walls. 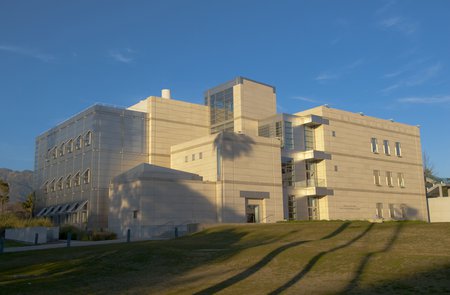 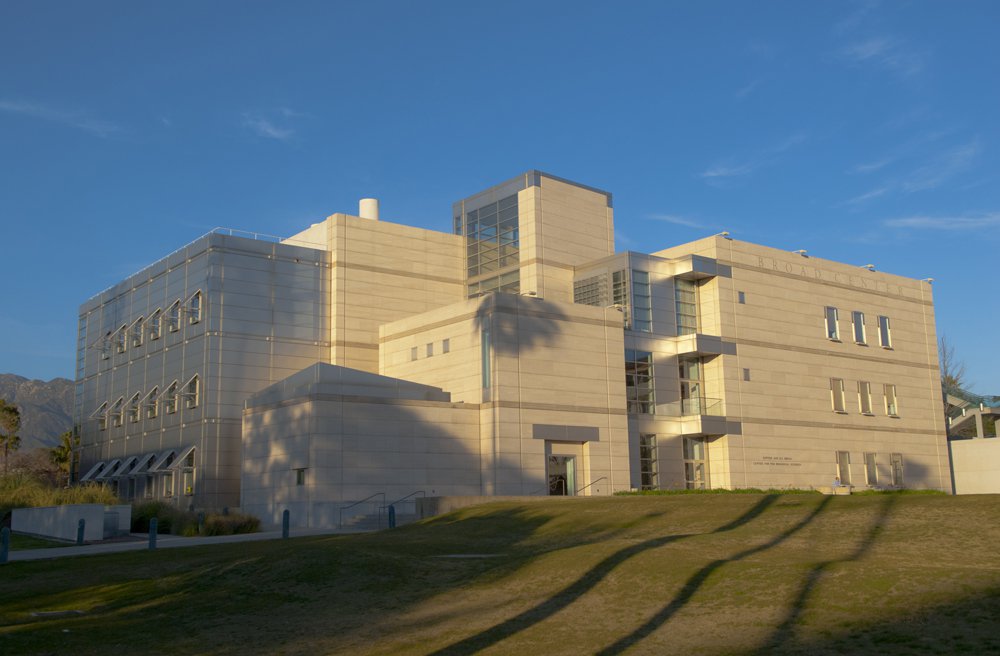