PASADENA, Calif.—Stephen L. Mayo, chair of the Division of Biology and Bren Professor of Biology and Chemistry at the California Institute of Technology (Caltech), has been named the William K. Bowes Jr. Foundation Division Chair. The William K. Bowes, Jr. Foundation, based in San Francisco, endowed the new division leadership chair with a $5 million gift, supplemented by an additional $2.5 million provided by the Gordon and Betty Moore Matching Program.

Unlike typical professorships, which fund salaries, the Bowes Foundation Chair—also called a leadership chair—is a permanent endowment that will provide funds that Mayo and future biology division chairs will use to support innovative research projects with potential for scientific and societal impact. It will also be used to support Caltech's education mission and outreach programs.

"The Bowes Chair is unprecedented at Caltech and will be a tremendous asset to advance our science and engineering research and teaching," says Caltech president Jean-Lou Chameau. "This is the first in what will be a series of leadership chairs providing high-leverage, unrestricted support that the faculty who head our divisions will use to seed the Institute's most ambitious educational and research ideas. We are extremely grateful for Bill Bowes's inspirational and generous support."

Bowes has been connected with Caltech for more than 30 years, most notably through the founding of Amgen, which included Caltech biologists Norman Davidson and Leroy Hood as two of its scientific founders; they were also original members of the company's scientific advisory board.  "I have known firsthand for years that Caltech faculty have the unique intellectual skills, imagination, and track record to propel promising entrepreneurial ventures," says Bowes. "With the Bowes Foundation Division Chair, I hope to give Caltech's extremely talented biological scientists the freedom to turn more of their ideas into reality. This is really a carefully considered investment in the future."

"Bill Bowes's important gift will give Caltech's biology division critical unrestricted funding to foster valuable research, teaching, and outreach programs," says Mayo. "It is an honor to be named the first Bowes Foundation Division Chair, not only because this is such a groundbreaking initiative for Caltech, but also because Bill has been so instrumental in launching entrepreneurial ventures that have improved so many people's lives."

Bowes has had both a varied and an influential career. After service in the Army infantry in the South Pacific and Japan during and after World War II, Bowes received a BA in economics from Stanford and then an MBA from Harvard. He was an investment banker in San Francisco for nearly three decades before founding U.S. Venture Partners in 1981. He founded and served as the first chairman and treasurer of Amgen, which would become the world's largest biotech company.

U.S. Venture Partners has played a leading role in the development of the software, health-care, and e-commerce industries, building companies such as Sun Microsystems and Applied Biosystems. It has also been one of the leading investors in Caltech start-ups, including Axiom Microdevices, Cleave Biosciences, Contour Energy Systems, and Proteolix. (For more on these companies, see "A Snapshot of Start-ups.")

In recent years, Bowes has focused his energies on philanthropy, supporting nonprofit organizations in such areas as medical research, higher education, and the environment. He has also served on numerous committees and boards for a broad range of institutions, including the Environmental Defense Fund, the San Francisco Exploratorium, the Hoover Institution, and the San Francisco Conservatory of Music.

"Bill Bowes has not only been one of the nation's pioneers in venture capital, but he has also demonstrated the effectiveness of prudent investing in philanthropy," says Caltech senior trustee William Davidow, founding partner of Mohr Davidow Ventures, a venture-capital firm based in Menlo Park. "The early experimental research that Bill is supporting today at Caltech will become the innovative entrepreneurial enterprises of tomorrow."

Steve Mayo is a pioneer in protein-design technology, having been the first to design a protein on a computer and then build it in a lab. Working at the interface of theory, computation, and wet-laboratory experimentation, Mayo focuses on developing quantitative approaches to protein engineering, aiming to understand the physical and chemical determinants of protein structure, stability, and function.

His design approach has been incorporated in a suite of software programs called Comprehensive Protein Design Software, and has been applied to a variety of problems ranging from protein fold stabilization to enzyme design. The end goal, he says, is to create protein-based therapies against diseases, new ways of improving agricultural production, and other applications. Mayo has founded or cofounded several companies, including Molecular Simulations, Xencor, and Protabit.

Caltech has a distinguished history of discovery in the biological sciences, recognized by numerous Nobel Prizes. Over its more than 75 years, Caltech's Division of Biology has made many of the research advances that led to the biotechnology and genetic revolutions. In the past, Caltech's biologists made fundamental insights in cellular and molecular biology; today our investigators are both continuing to blaze that path of discovery and applying their knowledge to finding innovative solutions to cancer, AIDS, and other diseases. 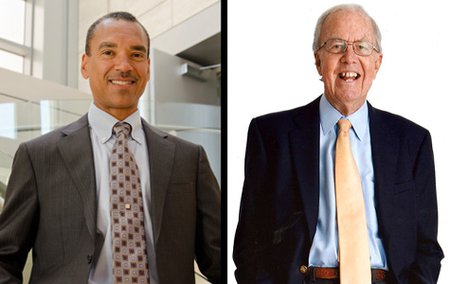 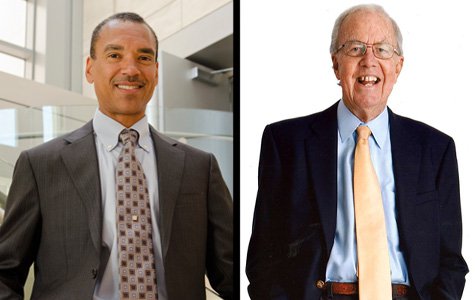