Lee, who is currently the senior vice president for university advancement at Tufts University in Boston, Massachusetts, will assume his new duties at Caltech on April 1, 2012. As a member of the senior leadership team at Tufts, Lee was responsible for all fund-raising, alumni relations, and advancement communications and services across the university's eight schools and colleges. He is a veteran of successful capital campaigns and has orchestrated the implementation of university organizational goals.

"I am delighted that Brian will be joining the Caltech family," said Caltech president Jean-Lou Chameau. "He has an impressive record and a clear vision, and is a proven leader. We anticipate that his talent and experience will greatly enhance our donor and alumni fund-raising, communications, and alumni-relations efforts. He is an unusually skilled team player and relationship builder who will motivate staff and expand our donor base."

Lee says he's looking forward to joining the Caltech family and working collaboratively to implement high-quality, high-impact engagement, communications, and development strategies that support the Institute's core mission. "It is truly an honor for me to be selected as the next vice president of development and institute relations at Caltech. I have long admired the institution and have closely followed its remarkable record of breakthrough scientific discoveries, accomplished graduates, and transformational thinking."

"We looked carefully for someone whose outlook and record of accomplishment would be consistent with the high standards of the Caltech community," says Richard Murray, Thomas E. and Doris Everhart Professor of Control and Dynamical Systems and Bioengineering and chair of the search committee. "Brian brings a wealth of knowledge to the position, and I am confident that he will work well with our faculty and with the Caltech leadership to help us develop the resources we need to meet our ambitious objectives."

Bill Davidow, chair of the Caltech Board of Trustees' development committee and a member of the search committee remarked, "Brian is a sought-after leader in his industry for his visionary approach, innovative thinking, thoughtful advice, and masterful team-building skills, all characteristics that matched very well with our own impressions of him."

Before assuming his position as senior vice president of university advancement at Tufts, Lee began his career there by serving as associate director for development in the School of Veterinary Medicine. He quickly ascended to the role of assistant dean for resources, and was then named director of development for the entire university. Under his leadership, the Tufts Tomorrow campaign concluded in 2002, having raised $609 million and well surpassing its original goal. In 2011, Lee achieved another victory with the completion of the Beyond Boundaries campaign, which exceeded its $1.2 billion goal during the most challenging economic period in decades. Under Lee's leadership, Beyond Boundaries garnered the six largest gifts in Tufts' history.

In 2008, Lee was elected to the board of trustees of the Council for the Advancement and Support of Education (CASE), the professional organization for advancement professionals in alumni relations, communications, fund-raising, marketing, and public relations. He is now serving on the executive committee of the CASE board and as its chairman elect. Lee will receive the Quarter Century Circle Award in 2012 from CASE, recognizing 25 years of service for nonprofit organizations.

In his new position, Lee will be the senior executive leading Caltech's institutional advancement efforts, creating and implementing strategies to elevate the Institute's profile and influence. He will lead Caltech's development, marketing, and Institute-relations efforts, as well as the alumni and Associates programs. 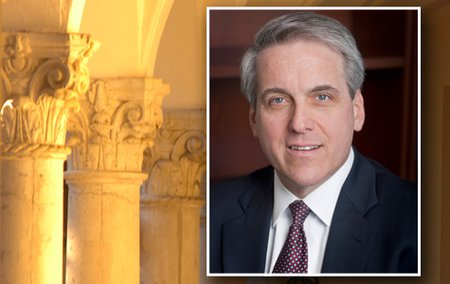 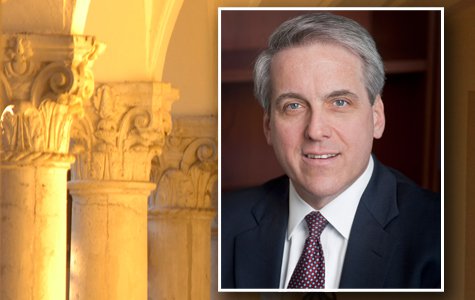