A new study is the first to show that living organisms can be persuaded to make silicon-carbon bonds—something only chemists had done before. Scientists at Caltech "bred" a bacterial protein to have the ability to make the man-made bonds, a finding that has applications in several industries.

Molecules with silicon-carbon, or organosilicon, compounds are found in pharmaceuticals as well as in many other products, including agricultural chemicals, paints, semiconductors, and computer and TV screens. Currently, these products are made synthetically, since the silicon-carbon bonds are not found in nature.

The new research, which recently won Caltech's Dow Sustainability Innovation Student Challenge Award (SISCA) grand prize, demonstrates that biology can instead be used to manufacture these bonds in ways that are more environmentally friendly and potentially much less expensive.

"We decided to get nature to do what only chemists could do—only better," says Frances Arnold, Caltech's Dick and Barbara Dickinson Professor of Chemical Engineering, Bioengineering and Biochemistry, and principal investigator of the new research, published in the Nov. 24 issue of the journal Science.

The study is also the first to show that nature can adapt to incorporate silicon into carbon-based molecules, the building blocks of life. Scientists have long wondered if life on Earth could have evolved to be based on silicon instead of carbon. Science-fiction authors likewise have imagined alien worlds with silicon-based life, like the lumpy Horta creatures portrayed in an episode of the 1960s TV series Star Trek. Carbon and silicon are chemically very similar. They both can form bonds to four atoms simultaneously, making them well suited to form the long chains of molecules found in life, such as proteins and DNA.

"No living organism is known to put silicon-carbon bonds together, even though silicon is so abundant, all around us, in rocks and all over the beach," says Jennifer Kan, a postdoctoral scholar in Arnold's lab and lead author of the new study. Silicon is the second most abundant element in Earth's crust.

The researchers used a method called directed evolution, pioneered by Arnold in the early 1990s, in which new and better enzymes are created in labs by artificial selection, similar to the way that breeders modify corn, cows, or cats. Enzymes are a class of proteins that catalyze, or facilitate, chemical reactions. The directed evolution process begins with an enzyme that scientists want to enhance. The DNA coding for the enzyme is mutated in more-or-less random ways, and the resulting enzymes are tested for a desired trait. The top-performing enzyme is then mutated again, and the process is repeated until an enzyme that performs much better than the original is created.

Directed evolution has been used for years to make enzymes for household products, like detergents; and for "green" sustainable routes to making pharmaceuticals, agricultural chemicals, and fuels.

In the new study, the goal was not just to improve an enzyme's biological function but to actually persuade it to do something that it had not done before. The researchers' first step was to find a suitable candidate, an enzyme showing potential for making the silicon-carbon bonds.

"It's like breeding a racehorse," says Arnold, who is also the director of the Donna and Benjamin M. Rosen Bioengineering Center at Caltech. "A good breeder recognizes the inherent ability of a horse to become a racer and has to bring that out in successive generations. We just do it with proteins."

The ideal candidate turned out to be a protein from a bacterium that grows in hot springs in Iceland. That protein, called cytochrome c, normally shuttles electrons to other proteins, but the researchers found that it also happens to act like an enzyme to create silicon-carbon bonds at low levels. The scientists then mutated the DNA coding for that protein within a region that specifies an iron-containing portion of the protein thought to be responsible for its silicon-carbon bond-forming activity. Next, they tested these mutant enzymes for their ability to make organosilicon compounds better than the original.

After only three rounds, they had created an enzyme that can selectively make silicon-carbon bonds 15 times more efficiently than the best catalyst invented by chemists. Furthermore, the enzyme is highly selective, which means that it makes fewer unwanted byproducts that have to be chemically separated out.

"This iron-based, genetically encoded catalyst is nontoxic, cheaper, and easier to modify compared to other catalysts used in chemical synthesis," says Kan. "The new reaction can also be done at room temperature and in water."

The synthetic process for making silicon-carbon bonds often uses precious metals and toxic solvents, and requires extra processing to remove unwanted byproducts, all of which add to the cost of making these compounds.

As to the question of whether life can evolve to use silicon on its own, Arnold says that is up to nature. "This study shows how quickly nature can adapt to new challenges," she says. "The DNA-encoded catalytic machinery of the cell can rapidly learn to promote new chemical reactions when we provide new reagents and the appropriate incentive in the form of artificial selection. Nature could have done this herself if she cared to."

The Science paper, titled "Directed Evolution of Cytochrome c for Carbon-Silicon Bond Formation: Bringing Silicon to Life," is also authored by Russell Lewis and Kai Chen of Caltech. The research is funded by the National Science Foundation, the Caltech Innovation Initiative program, and the Jacobs Institute for Molecular Engineering for Medicine at Caltech.

Written by
Whitney Clavin
Contact
Whitney Clavin
(626) 395‑1944
[email protected]
Bringing Silicon to Life - Researchers in Frances Arnold's lab at Caltech persuaded living organisms to make chemical bonds not found in nature. The finding may change how medicines and other chemicals are made in the future. Credit: Caltech 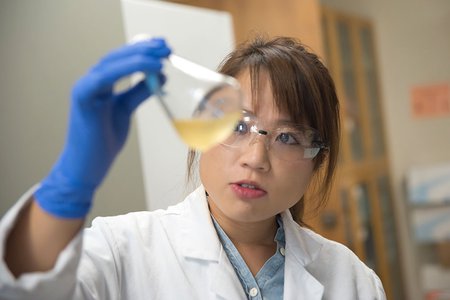 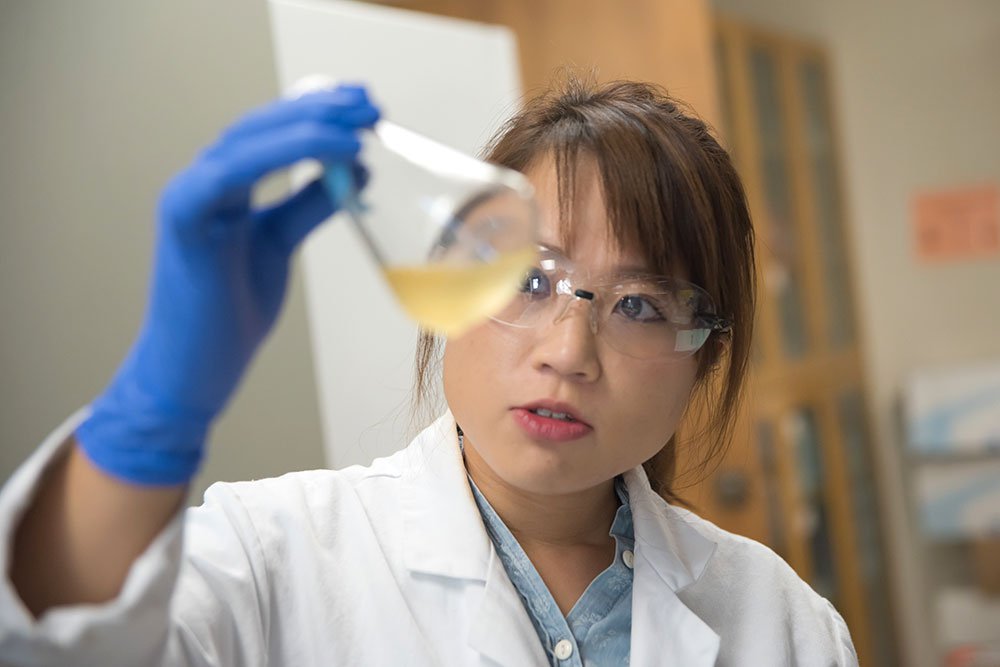