Though astronomers still do not know what kinds of events or objects produce FRBs, the discovery is a stepping stone for astronomers to understand the diffuse, faint web of material that exists between galaxies, called the cosmic web. The findings are described in a paper appearing in Science on November 17.

"Because FRBs like the one we discovered occur billions of light-years away, they help us study the universe between us and them," says Ravi, who is the R A and G B Millikan Postdoctoral Scholar in Astronomy. "Nearly half of all visible matter is thought to be thinly spread throughout intergalactic space. Although this matter is not normally visible to telescopes, it can be studied using FRBs."

When FRBs travel through space, they pass through intergalactic material and are distorted, similar to the apparent twinkling of a star because its light is distorted by Earth's atmosphere. By observing these bursts, astronomers can learn details about the regions of the universe through which the bursts traveled on their way to Earth.

FRB 150807 appears to only be weakly distorted by material within its host galaxy, which shows that the intergalactic medium in this direction is no more turbulent than theorists originally predicted. This is the first direct insight into turbulence in intergalactic medium.

The researchers observed FRB 150807 while monitoring a nearby pulsar—a rotating neutron star that emits a beam of radio waves and other electromagnetic radiation—in our galaxy using the Parkes radio telescope in Australia. "Thanks to a real-time detection system developed by the Swinburne University of Technology, we found that although the FRB is a million times further away than the pulsar, the magnetic fields in their directions appear identical," says Ryan Shannon, research fellow at Commonwealth Scientific and Industrial Research Organisation (CSIRO) Astronomy and Space Science and at Curtin University in Australia, and colead author of the study. This refutes some claims that FRBs are produced in dense environments with strong magnetic fields. The result provides a measure of the magnetism in the space between galaxies, an essential step in determining how cosmic magnetic fields are produced.

Only 18 FRBs have been detected to date. Mysteriously, most give off only a single burst and do not flash repeatedly. Additionally, most FRBs have been detected with telescopes that observe large swaths of the sky but with poor resolution, making it difficult to pinpoint the exact location of a given burst. The unprecedented brightness of FRB 150807 allowed Ravi and his team to localize it much more accurately, making it the best-localized FRB to date.

In February 2017, pinpointing the locations of FRBs will become much easier for astronomers with the commissioning of the Deep Synoptic Array prototype, an array of 10 radio dishes at Caltech's Owens Valley Radio Observatory in California.

"We estimate that there are between 2,000 and 10,000 FRBs occurring in the sky every day," Ravi says. "One in 10 of these are as bright as FRB 150807, and the Deep Synoptic Array prototype will be able to pinpoint their locations to individual galaxies. Measuring the distances to these galaxies enables us to use FRBs to weigh the tenuous intergalactic material."

Ravi is the project scientist for the Deep Synoptic Array prototype, which is being constructed by the Jet Propulsion Laboratory (JPL) and Caltech and funded by the National Aeronautics and Space Administration through the JPL President's and Director's Fund Program.

The paper is titled "The magnetic field and turbulence of the cosmic web measured using a brilliant fast radio burst." The Parkes radio telescope is part of the Australia Telescope National Facility, which is funded by the Commonwealth of Australia for operation as a National Facility managed by CSIRO. 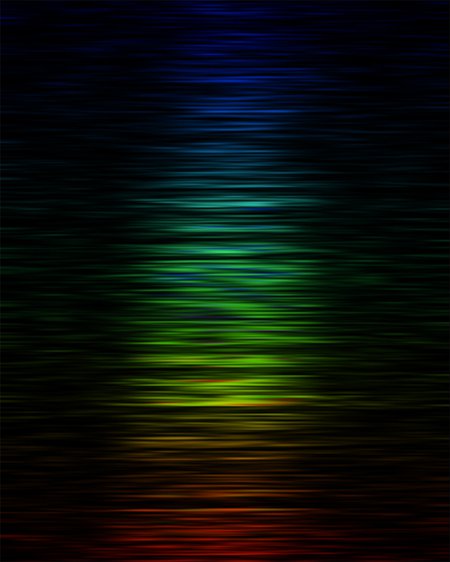 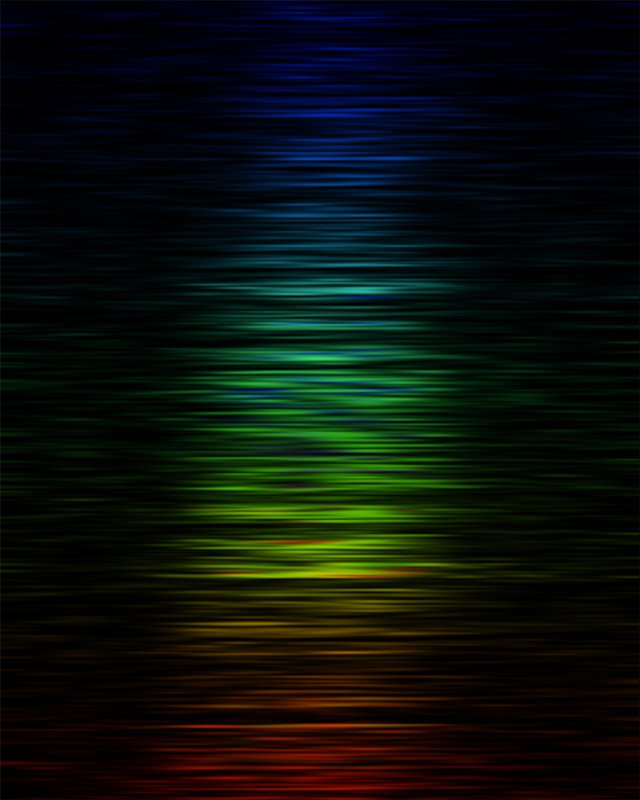 The intensity of FRB 150807 at different radio frequencies or colors—red corresponds to lower frequencies and blue to higher frequencies. The x-axis is time. The fine structure in the burst is the scintillation or twinkling—the rays interfere constructively and destructively differently at different frequencies. This pattern provides insights into the turbulence in plasma towards the burst.
Credit: Courtesy of V. Ravi/Caltech
Download Full Image
Subscribe
The Caltech Weekly