Ten years ago, the bones currently in your body did not actually exist. Like skin, bone is constantly renewing itself, shedding old tissue and growing it anew from stem cells in the bone marrow. Now, a new technique developed at Caltech can render intact bones transparent, allowing researchers to observe these stem cells within their environment. The method is a breakthrough for testing new drugs to combat diseases like osteoporosis.

The research was done in the laboratory of Viviana Gradinaru (BS '05), assistant professor of biology and biological engineering and a Heritage Medical Research Institute Investigator. It appears in a paper in the April 26 issue of Science Translational Medicine.

In healthy bone, a delicate balance exists between the cells that build bone mass and the cells that break down old bone in a continual remodeling cycle. This process is partially controlled by stem cells in bone marrow, called osteoprogenitors, that develop into osteoblasts or osteocytes, which regulate and maintain the skeleton. To better understand diseases like osteoporosis, which occurs when loss of bone mass leads to a high risk of fractures, it is crucial to study the behavior of stem cells in bone marrow. However, this population is rare and not distributed uniformly throughout the bone.

"Because of the sparsity of the stem cell population in the bone, it is challenging to extrapolate their numbers and positions from just a few slices of bone," says Alon Greenbaum, postdoctoral scholar in biology and biological engineering and co-first author on the paper. "Additionally, slicing into bone causes deterioration and loses the complex and three-dimensional environment of the stem cell inside the bone. So there is a need to see inside intact tissue."

To do this, the team built upon a technique called CLARITY, originally developed for clearing brain tissue during Gradinaru's postgraduate work at Stanford University. CLARITY renders soft tissues, such as brain, transparent by removing opaque molecules called lipids from cells while also providing structural support by an infusion of a clear hydrogel mesh. Gradinaru's group at Caltech later expanded the method to make all of the soft tissue in a mouse's body transparent. The team next set out to develop a way to clear hard tissues, like the bone that makes up our skeleton.

In the work described in the new paper, the team began with bones taken from postmortem transgenic mice. These mice were genetically engineered to have their stem cells fluoresce red so that they could be easily imaged. The team examined the femur and tibia, as well as the bones of the vertebral column; each of the samples was about a few centimeters long. First, the researchers removed calcium from the bones: calcium contributes to opacity, and bone tissue has a much higher amount of calcium than soft tissues. Next, because lipids also provide tissues with structure, the team infused the bone with a hydrogel that locked cellular components like proteins and nucleic acids into place and preserved the architecture of the samples. Finally, a gentle detergent was flowed throughout the bone to wash away the lipids, leaving the bone transparent to the eye. For imaging the cleared bones, the team built a custom light- sheet microscope for fast and high-resolution visualization that would not damage the fluorescent signal. The cleared bones revealed a constellation of red fluorescing stem cells inside.

The group collaborated with researchers at the biotechnology company Amgen to use the method, named Bone CLARITY, to test a new drug developed for treating osteoporosis, which affects millions of Americans per year.

"Our collaborators at Amgen sent us a new therapeutic that increases bone mass," says Ken Chan, graduate student and co-first author of the paper. "However, the effect of these therapeutics on the stem cell population was unclear. We reasoned that they might be increasing the proliferation of stem cells." To test this, the researchers gave one group of mice the treatment and, using Bone CLARITY, compared their vertebral columns with bones from a control group of animals that did not get the drug. "We saw that indeed there was an increase in stem cells with this drug," he says. "Monitoring stem cell responses to these kinds of drugs is crucial because early increases in proliferation are expected while new bone is being built, but long-term proliferation can lead to cancer."

The technique has promising applications for understanding how bones interact with the rest of the body.

"Biologists are beginning to discover that bones are not just structural supports," says Gradinaru, who also serves as the director of the Center for Molecular and Cellular Neuroscience at the Tianqiao and Chrissy Chen Institute for Neuroscience at Caltech. "For example, hormones from bone send the brain signals to regulate appetite, and studying the interface between the skull and the brain is a vital part of neuroscience. It is our hope that Bone CLARITY will help break new ground in understanding the inner workings of these important organs." 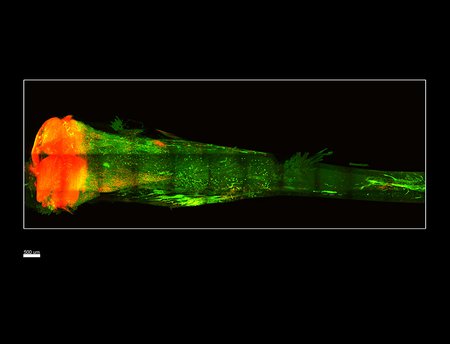 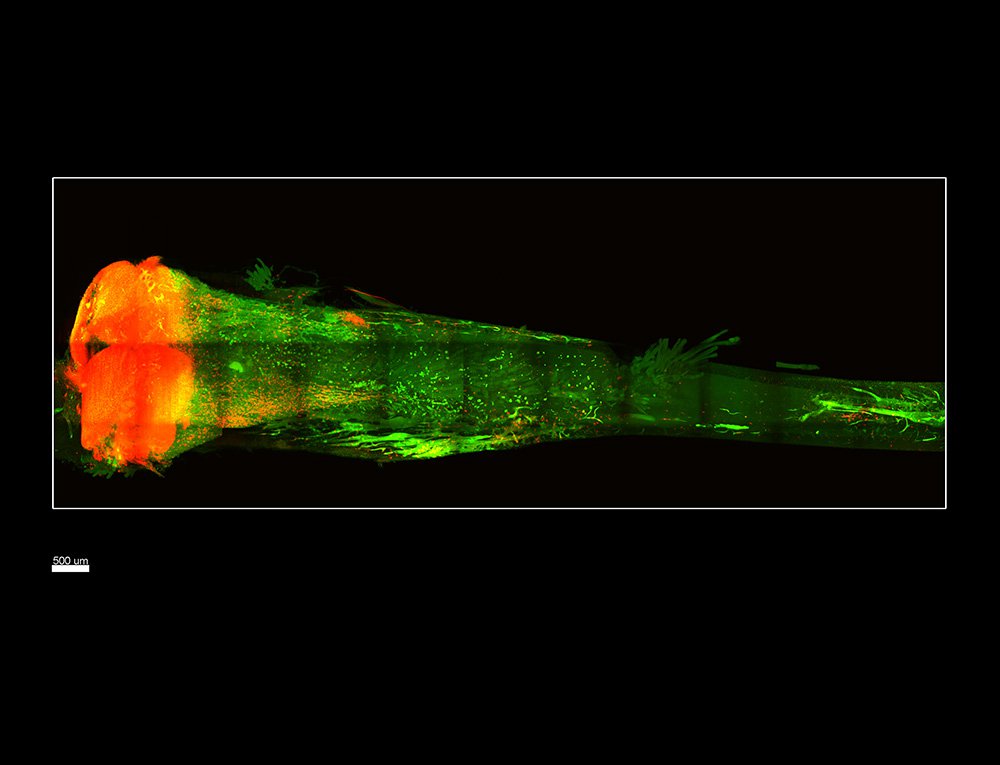