Astronomers have detected what appear to be bands of clouds streaking across the surface of a cool star-like body known as a brown dwarf. The bands, resembling those that stripe the surface of Jupiter, were discovered using polarimetry, a technique that works in the same way that polarized sunglasses block out the glare of sunlight.

"I often think of polarimetric instruments as an astronomer's polarized sunglasses," says Maxwell Millar-Blanchaer, a Robert A. Millikan Postdoctoral Scholar in Astronomy at Caltech. "But instead of trying to block out that glare we're trying to measure it." Millar-Blanchaer is lead author of a new study on the findings, accepted for publication in The Astrophysical Journal. The observations were made using the European Southern Observatory's Very Large Telescope (VLT) in Chile.

While evidence for bands of clouds on brown dwarfs has been seen before, this discovery represents the first time that these features have been inferred using the polarimetry technique.

"Polarimetry is receiving renewed attention in astronomy," says Dimitri Mawet, professor of astronomy at Caltech and a senior research scientist at the Jet Propulsion Laboratory, which is managed by Caltech for NASA. "Polarimetry is a very difficult art, but new techniques and data analysis methods make it more precise and sensitive than ever before, enabling groundbreaking studies on everything from distant supermassive black holes, newborn and dying stars, brown dwarfs, and exoplanets, all the way down to objects in our own solar system."

The brown dwarf in the new study, called Luhman 16A, is part of a pair that together represents the closest known binary brown dwarf system to our solar system, lying at a distance of 6.5 light-years away. Discovered by NASA's Wide-field Infrared Survey Explorer (WISE) in 2013, each orb weighs roughly 30 times the mass of Jupiter. Brown dwarfs form from collapsing clouds of gas in a similar fashion to stars but they lack enough mass to ultimately ignite and shine with starlight.

Previous observations with NASA's Spitzer Space Telescope found that three other brown dwarfs had signs of cloud banding, and previous studies of the partner brown dwarf to Luhman 16A, called Luhman 16B, have inferred the presence of large cloud patches. But all of these previous measurements looked at how the brightness of the objects varied over time and did not measure polarized light. In the new study, the VLT's NaCo instrument was used to study polarized light from both of the Luhman brown dwarfs.

"Polarimetry is the only technique that is currently able to detect bands that don't fluctuate in brightness over time," says Millar-Blanchaer. "This was key to finding the bands of clouds on Luhman 16A, on which the bands do not appear to be varying."

The researchers explain that, although they cannot image the brown dwarf itself, their measurement of the amount of polarized light coming from it allows them to infer the presence of cloud bands through sophisticated atmospheric modeling. Their observations do not allow them to specify exactly how many bands of clouds are rotating around on Luhman 16A, but according to their models, the answer could be two.

Their models also show that the patches of clouds would have stormy weather similar to that on Jupiter.

"We think these storms can rain things like silicates or ammonia. It's pretty awful weather, actually," says co-author Julien Girard of the Space Telescope Science Institute.

In the future, the team hopes to extend this work to measurements of planets around other stars, called exoplanets.

"Polarimetry is very sensitive to cloud properties, both in brown dwarfs and exoplanets," says Millar-Blanchaer. "This is the first time that it's really been exploited to understand cloud properties outside of the solar system."

With next-generation ground-based and space-based telescopes, this same method can also be used to study those exoplanets with the potential to host life. Polarimetry is very sensitive not only to atmospheric properties, says Millar-Blanchaer, but also the type of surface a planet has, so it may be used one day to detect liquid surface water, a sign of habitability.

The study, titled, "Detection of polarization due to cloud bands in the nearby Luhman 16 brown dwarf binary," was funded by the National Science Foundation, NASA, and the European Research Council. 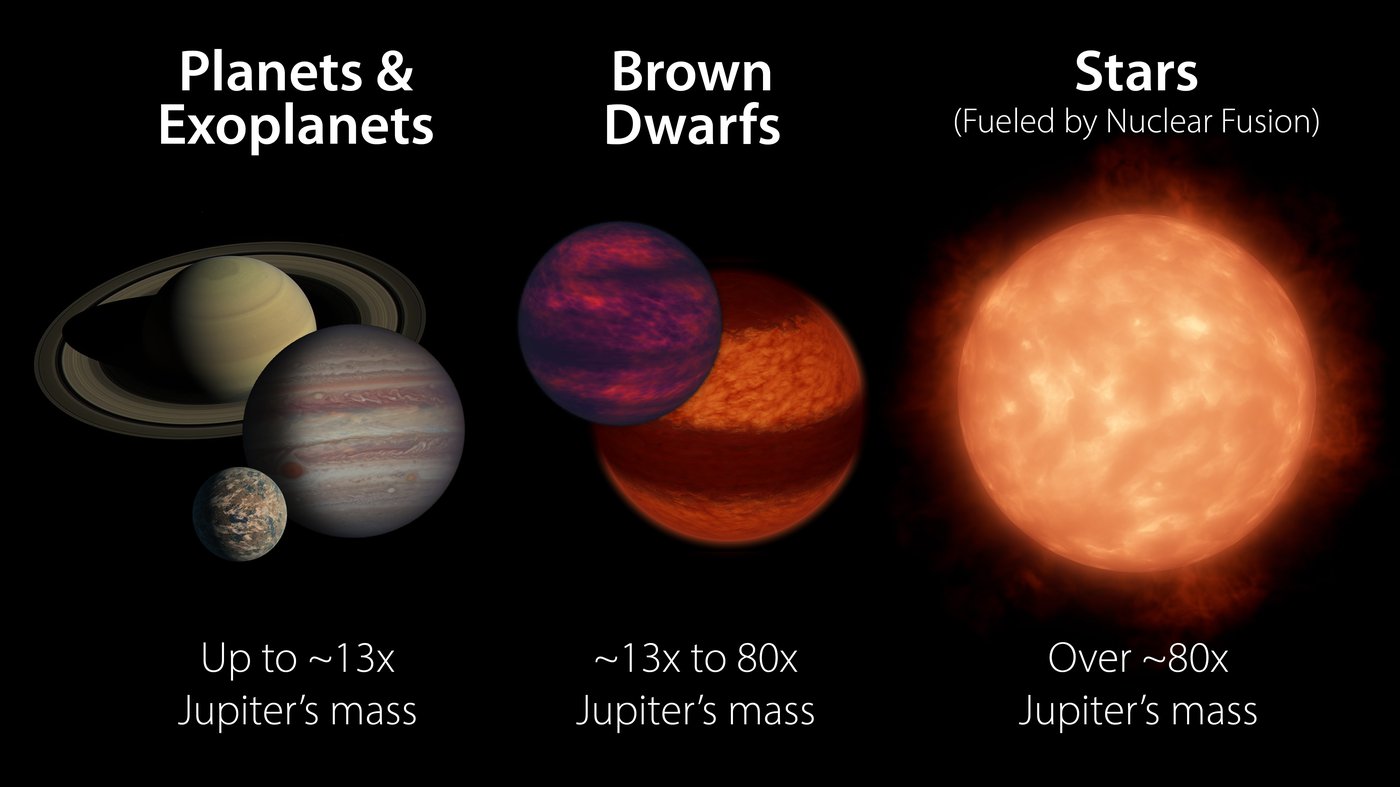 Astronomers have found evidence for a striped pattern of clouds on the brown dwarf called Luhman 16A, as illustrated here in this artist's concept. The bands of clouds were inferred using a technique called polarimetry, in which polarized light is measured from an astrophysical object much like polarized sunglasses are used to block out glare. This is the first time that polarimetry has been used to measure cloud patterns on a brown dwarf. WATCH VIDEO
Credit: Caltech/R. Hurt (IPAC) 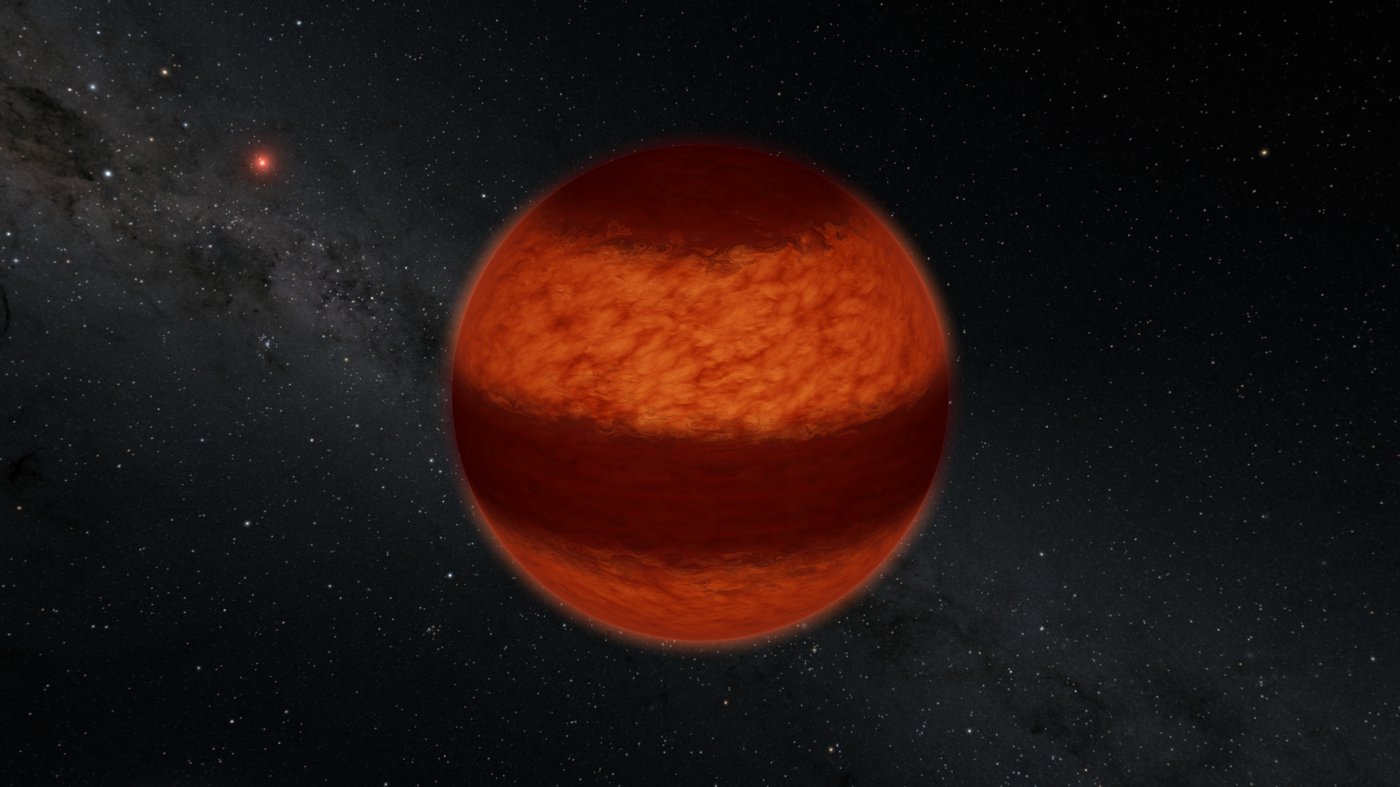 Astronomers have found evidence for a striped pattern of clouds on the brown dwarf called Luhman 16A, as illustrated here in this artist's concept. The bands of clouds were inferred using a technique called polarimetry, in which polarized light is measured from an astrophysical object much like polarized sunglasses are used to block out glare. This is the first time that polarimetry has been used to measure cloud patterns on a brown dwarf.
Credit: Caltech/R. Hurt (IPAC)
Download Full Image
Subscribe
The Caltech Weekly