If you've ever slipped on a slimy wet rock at the beach, you have bacteria to thank. Those bacteria, nestled in a supportive extracellular matrix, form bacterial biofilms—often slimy substances that cling to wet surfaces. For some marine organisms—like corals, sea urchins, and tubeworms—these biofilms serve a vital purpose, flagging suitable homes for such organisms and actually aiding the transformation of larvae to adults.

A new study at the California Institute of Technology (Caltech) is the first to describe a mechanism for this phenomenon, providing one explanation for the relationship between bacterial biofilms and the metamorphosis of marine invertebrates. The results were published online in the January 9 issue of Science Express.

The study focused on a marine invertebrate that has become a nuisance to the shipping industry since its arrival in U.S. waters during the last half century: the tubeworm Hydroides elegans. The larvae of the invasive pest swim free in the ocean until they come into contact with a biofilm-covered surface, such as a rock or a buoy—or the hull of a ship. After the tubeworm larvae come in contact with the biofilm, they develop into adult worms that anchor to the surface, creating hard, mineralized "tubes" around their bodies. These tubes, which often cover the bottoms of ships, create extra drag in the water, dramatically increasing the ship's fuel consumption.

The tubeworms' unwanted and destructive presence on ships, called biofouling, is a "really bad problem," says Dianne Newman, a professor of biology and geobiology and Howard Hughes Medical Institute (HHMI) investigator at Caltech. "For example, biofouling costs the U.S. Navy millions of dollars every year in excess fuel costs," says Newman, who is also a coauthor of the study. And although researchers have known for decades that biofilms are necessary for tubeworm development, says Nicholas Shikuma, one of the two first authors on the study and a postdoctoral scholar in Newman's laboratory, "there was no mechanistic explanation for how bacteria can actually induce that process to happen. We wanted to provide that explanation."

Shikuma began by investigating Pseudoalteromonas luteoviolacea, a bacterial species known to induce metamorphosis in the tubeworm and other marine invertebrates. In earlier work, Michael G. Hadfield of the University of Hawai'i at Mānoa, a coauthor of the Science Express paper, had identified a group of P. luteoviolacea genes that were necessary for tubeworm metamorphosis. Near those genes, Shikuma found a set of genes that produced a structure similar to the tail of bacteriophage viruses.

The tails of these phage viruses contain three main components: a projectile tube, a contractile sheath that deploys the tube, and an anchoring baseplate. Together, the phage uses these tail components as a syringe, injecting their genetic material into host bacteria cells, infecting—and ultimately killing—them. To determine if the phage tail-like structures in P. luteoviolacea played a role in tubeworm metamorphosis, the researchers systematically deleted the genes encoding each of these three components.

Electron microscope images of the bacteria confirmed that syringe-like structures were present in "normal" P. luteoviolacea cells but were absent in cells in which the genes encoding the three structural components had been deleted; these genes are known as metamorphosis-associated contractile structure (mac) genes. The researchers also discovered that the bacterial cells lacking mac genes were unable to induce metamorphosis in tubeworm larvae. Previously, the syringe-like structures had been found in other species of bacteria, but in these species, the tails were deployed to kill other bacteria or insects. The new study provides the first evidence of such structures benefitting another organism, Shikuma says.

In order to view the three-dimensional arrangement of these unique structures within intact bacteria, the researchers collaborated with the laboratory of Grant Jensen, professor of biology and HHMI investigator at Caltech. Utilizing a technique called electron cryotomography, the researchers flash-froze the bacterial cells at very low temperatures. This allowed them to view the cells and their internal structures in their natural, "near-native" states.

Using this visualization technique, Martin Pilhofer, a postdoctoral scholar in Jensen's lab and the paper's other first author, discovered something unique about the phage tail-like structures within P. luteoviolacea; instead of existing as individual appendages, the structures were linked together to create a spiny array. "In these arrays, about 100 tails are stuck together in a hexagonal lattice to form a complex with a porcupine-like appearance," Shikuma says. "They're all facing outward, poised to fire," he adds. "We believe this is the first observation of arrays of phage tail-like structures."

Initially, the array is compacted within each bacterium; however, the cells eventually burst—killing the microbes—and the array unfolds. The researchers hypothesize that, at this point, the individual spines of the array fire outward into the tubeworm larva. Following this assault, the larvae begin their developmental transition to adulthood.

"It was a tremendous surprise that the agent that drives metamorphosis is such an elaborate, well-organized injection machine," says coauthor Jensen. "Who would have guessed that the signal is delivered by an apparatus that is almost as large as the bacterial cell itself? It is simply a marvelous structure, synthesized in a 'loaded' but tightly collapsed state within the cell, which then expands like an umbrella, opening up into a much larger web of syringes that are ready to inject," he says.

Although the study confirms that the phage tail-like structures can cause tubeworm metamorphosis, the nature of the interaction between the tail and the tubeworm is still unknown, Shikuma says. "Our next step is to determine whether metamorphosis is caused by an injection into the tubeworm larva tissue, and, then, if the mechanical action is the trigger, or if the bacterium is injecting a chemical morphogen," he says. He and his colleagues would also like to determine if mac genes and the tail-like structures they encode might influence other marine invertebrates, such as corals and sea urchins, that also rely on P. luteoviolacea biofilms for metamorphosis.

Understanding this process might one day help reduce the financial losses from P. luteoviolacea biofilm fouling on ship hulls, for example. While applications are a long way off, Newman says, it is also interesting to speculate on the possibility of leveraging metamorphosis induction in beneficial marine invertebrates to improve yields in aquaculture and promote coral reef growth.

The study, the researchers emphasize, is an example of the collaborative research that is nurtured at Caltech. For his part, Shikuma was inspired to utilize electron cryotomography after hearing a talk by Martin Pilhofer at the Center for Environmental Microbiology Interactions (CEMI) at Caltech. "Martin gave a presentation on another type of phage tail-like structures in the monthly CEMI seminar. I saw his talk and I thought that the mac genes I was working with might somehow be related," Shikuma says. Their subsequent collaboration, Newman says, made the current study possible.

The paper is titled "Marine tubeworm metamorphosis induced by arrays of bacterial phage tail-like structures." Gregor L. Weiss, a Summer Undergraduate Research Fellowship student in Jensen's laboratory at Caltech, was an additional coauthor on the study. The published work was funded by a Caltech Division of Biology Postdoctoral Fellowship (to N. Shikuma), the Caltech CEMI, the Howard Hughes Medical Institute, the Office of Naval Research, the National Institutes of Health, and the Gordon and Betty Moore Foundation. 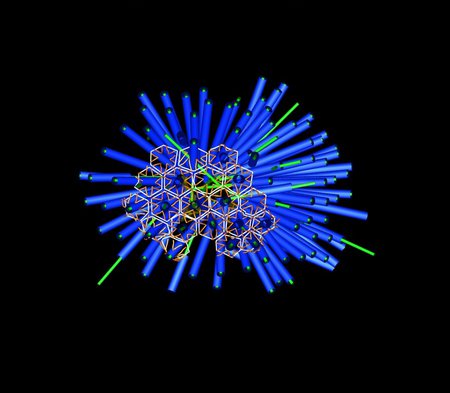 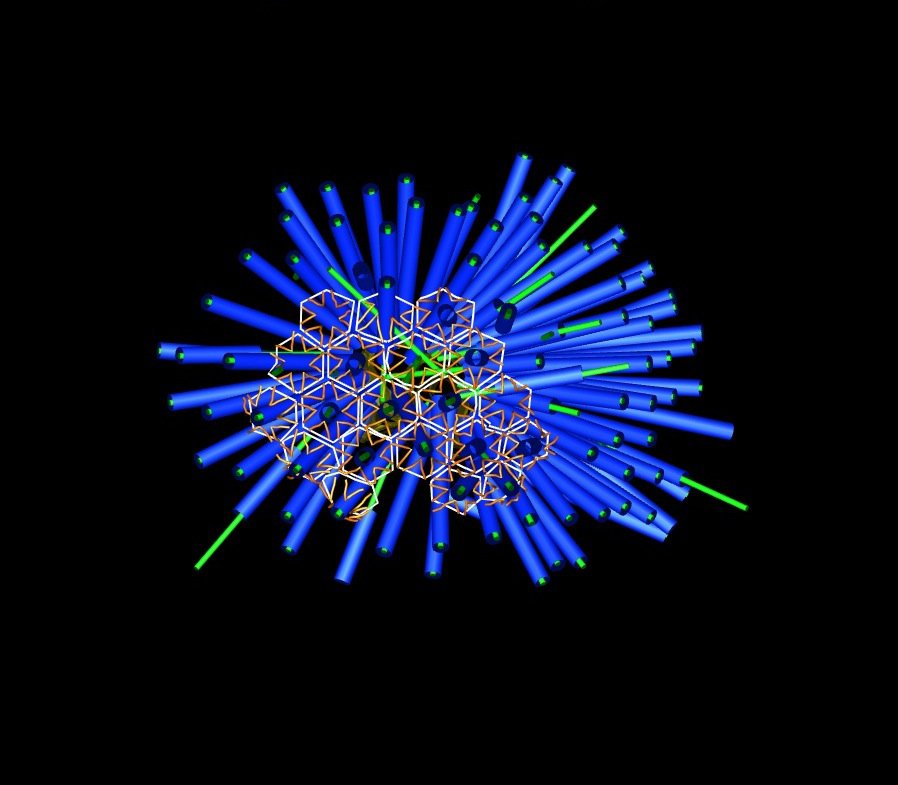