PASADENA–One of the largest-ever gifts in higher education for direct student support has been awarded to the California Institute of Technology by the estate of Rea and Lela Axline.

The $60 million gift from the San Diego philanthropists is also the largest single bequest from an individual donor in Caltech’s 108-year history. The Axline donation is one of three major gifts being announced by the estate, following the December 24 death of Lela Axline.

According to David Baltimore, president of Caltech, the student-aid gift could make Caltech the foremost institution in the world in terms of providing educational support for future scientists and technologists.

"Providing sufficient graduate and undergraduate student aid to attract the very best students to Caltech is one of our greatest challenges," Baltimore said. "The Axlines’ magnificent endowment for student aid will enable us to make great strides toward addressing these critical needs."

The late Rea and Lela Axline have long been known for their many charitable gifts to institutions such as the Museum of Contemporary Art in San Diego, Scripps Memorial Hospital in La Jolla, the Zoological Society of San Diego, as well as to Caltech. Rea Axline, who died in 1992, graduated from Caltech in 1931 and made his fortune with his process for coating metal alloys onto other metal objects.

Axline patented the coating procedure during the Depression, and the process became especially important after the outbreak of World War II, when the U.S. military began coating submarines, tanks, and other war vehicles. After the war, Axline cofounded METCO, which was sold to Perkin-Elmer Corp. in 1971.

Lela Axline, who went by "Jackie," was both a teacher and a supporter of art for many decades. A graduate of UC Berkeley and Columbia University, she was a renowned painter whose abstract paintings received much critical attention in the 1950s. She also taught at the Staten Island Academy, and after moving to California with her husband, she became involved in the San Diego Museum of Art. 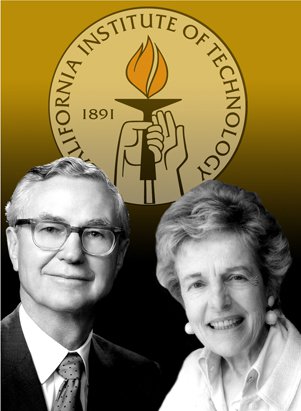