Astronomers Find Most Luminous "Cow" to Shine in X-Rays

Results narrow in on what powers new class of supernovae

Another member of the new "Cow" class of supernova explosions has been discovered—the brightest one seen in X-rays to date. The new event, dubbed AT2020mrf, is only the fifth found so far belonging to the Cow class of supernovae. The group is named after the first supernova found in this class, AT2018cow, whose randomly generated name just happened to spell the word "cow."

What lies behind these unusual stellar explosions? New evidence points to either active black holes or neutron stars.

When a massive star explodes, it leaves behind either a black hole or a dead stellar remnant called a neutron star. Typically, these stellar remnants are relatively inactive and shrouded by material ejected in the explosion. But according to Yuhan Yao (MS '20), a graduate student at Caltech, Cow-like events have at their cores very active, and mostly exposed, compact objects that emit high-energy X-ray emission. Yao presented the new findings virtually at the 239th meeting of the American Astronomical Society.

"We can see down into the heart of these explosions to directly witness the birth of black holes and neutron stars," she says, noting the supernovae are not cloaked by material.

The first Cow event, AT2018cow, shocked astronomers when it was discovered in 2018: the stellar explosion was 10 times brighter in visible light than typical supernovae and faded more quickly. It also gave off a large amount of highly variable X-rays, leading astronomers to believe that they were directly witnessing the birth of a black hole or neutron star for the first time.

Another distinguishing factor of Cows is that they throw off heaps of mass before they explode, and this mass gets illuminated later, after the explosion. When the stars blow up, they generate shock waves that are thought to plow through the pre-existing material, causing them to glow in radio and millimeter-wavelength light.

AT2020mrf is the first to be found initially in X-rays rather than optical light. Yao and her colleagues spotted the event in July 2020 using X-ray data from the Russian--German Spektrum-Roentgen-Gamma (SRG) telescope. They checked observations taken in optical light by the Zwicky Transient Facility (ZTF), which operates from Caltech's Palomar Observatory, and found that ZTF had also spotted the event.

The SRG data revealed that this explosion initially shined with 20 times more X-ray light than the original Cow event. Data captured one year later by NASA's Chandra X-Ray Observatory showed that the explosion was not only still sizzling but shining with 200 times more X-ray light than that detected from the original Cow event over a similar timeframe.

"When I saw the Chandra data, I didn't believe the analysis at first," Yao says. "I reran the analysis several times. This is the brightest Cow supernova seen to date in X-rays."

Astronomers say that a "central engine" within the supernova debris must be powering the intense, ongoing X-ray radiation.

"The large amount of energy release and the fast X-ray variability seen in AT2020mrf provide strong evidence that the nature of the central engine is either a very active black hole or a rapidly spinning neutron star called a magnetar," Yao says. "In Cow-like events, we still don't know why the central engine is so active, but it probably has something to do with the type of the progenitor star being different from normal explosions."

Because this event did not look exactly like the other four Cow-like events, Yao says this new class of supernovae is more diverse than originally thought. "Finding more members of this class will help us narrow in on the source of their power," she says.

The study, titled "The X-ray and Radio Loud Fast Blue Optical Transient AT2020mrf: Implications for an Emerging Class of Engine-Driven Massive Star Explosions," has been submitted to The Astrophysical Journal. Other authors include Yao's advisor Shri Kulkarni, the George Ellery Hale Professor of Astronomy and Planetary Science at Caltech; Anna Ho (MS '17, PhD '20) and David Khatami of UC Berkeley; Pavel Medvedev, Sergey Sazonov, Marat Gilfanov, Georgii Khorunzhev, and Rashid Sunyaev of Space Research Institute at the Russian Academy of Sciences; Nayana A.J. of the Indian Institute of Astrophysics; Daniel Perley of Liverpool John Moores University in England; and Poonam Chandra of the National Centre for Radio Astrophysics in India. Sazonov is also affiliated with the Moscow Institute of Physics and Technology, and Gilfanov and Sunyaev are affiliated with the Max Planck Institute for Astrophysics. 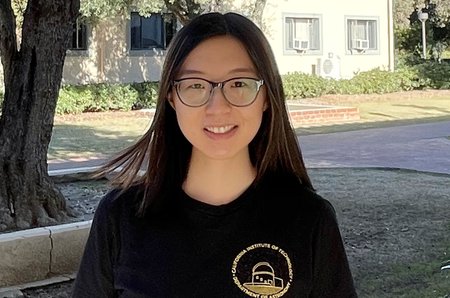 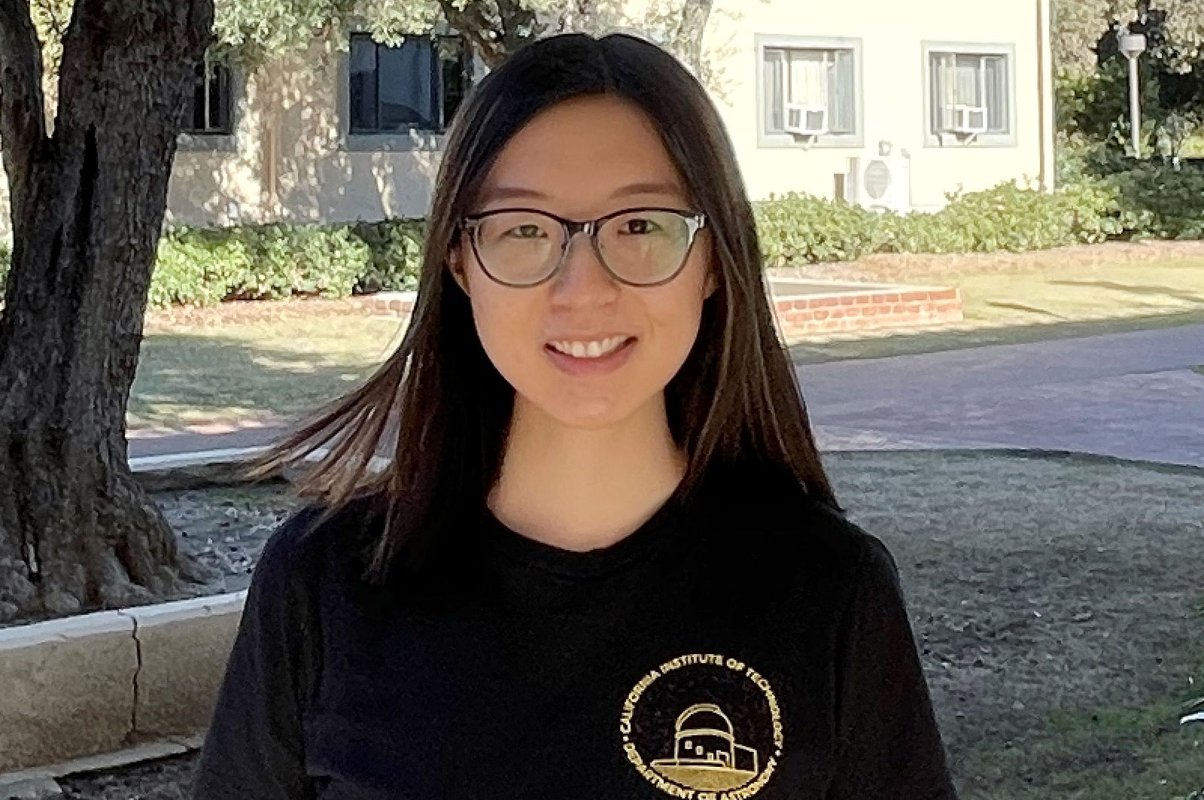 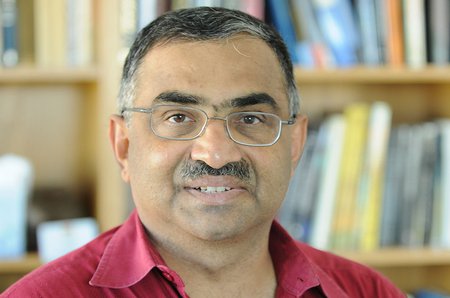 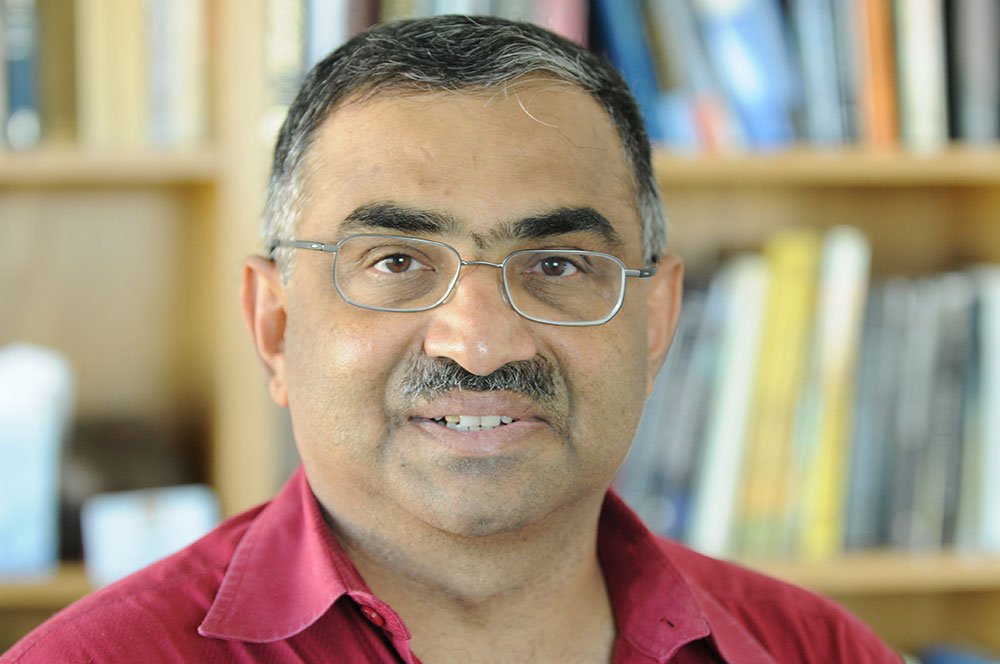 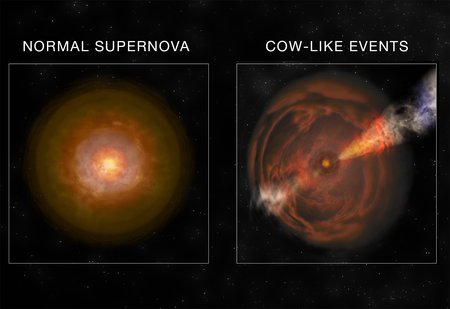 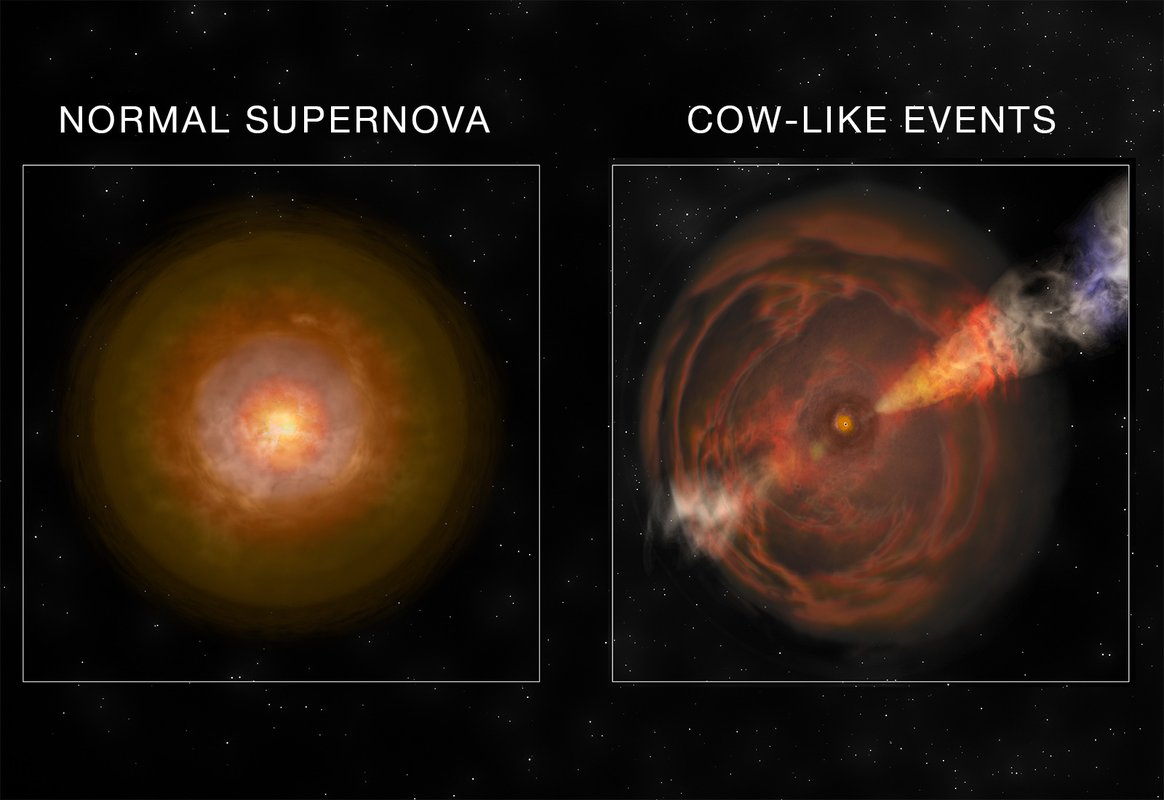 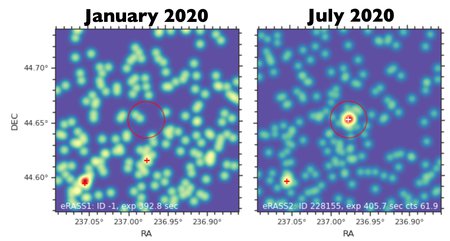 The location of AT2020mrf is seen here in images from the eROSITA X-ray telescope. The right panel shows the detection of a new source between July 21 and July 24, 2020. The left panel shows that the source was not there six months earlier. Credit: Pavel Medvedev, SRG/eROSITA
Image Lightbox 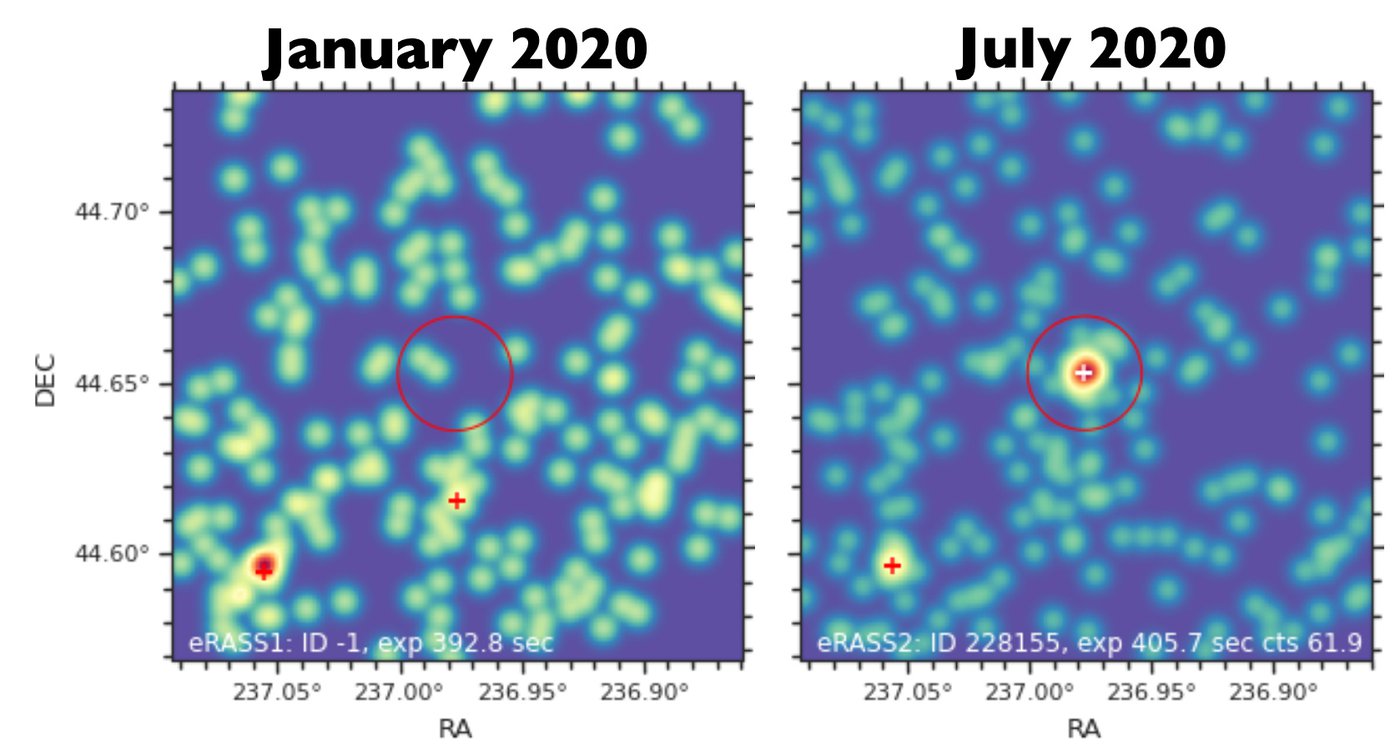 The location of AT2020mrf is seen here in images from the eROSITA X-ray telescope. The right panel shows the detection of a new source between July 21 and July 24, 2020. The left panel shows that the source was not there six months earlier.
Credit: Pavel Medvedev, SRG/eROSITA
Download Full Image
Subscribe
The Caltech Weekly