Aron Kuppermann, professor of chemical physics, emeritus, at the California Institute of Technology (Caltech), passed away October 15 at his home in Altadena, California. He was 85 years old.

A leader in the field of computational chemistry, Kuppermann was best known for his theoretical studies of the dynamics of chemical reactions. In the early 1970s, he completed the world's first complete three-dimensional quantum-mechanical calculation of a chemical reaction using an IBM 370. Later, he pioneered the use of supercomputers for predicting the cross sections and rates of chemical reactions.

"Aron will be known for the challenging work he did on fundamental quantum-mechanical treatments of the dynamics of chemical reactions," says Rudy Marcus, the Noyes Professor of Chemistry and a longtime colleague of Kuppermann. "He always went on, in a pioneering way, to increasingly challenging problems. The system of coordinates he developed and the equations that result from them provide a framework that others can follow."

Kuppermann developed the methodology for treating the complex relationships between electrons and nuclei in reactions, accounting for all possible relative positions and rotations in higher dimensional spaces. He started by treating a three-atom system involving just a single atom colliding with a diatomic molecule, and then moved on to systems with four or five atoms. Earlier in his career, he applied chemical physics to radiation chemistry and helped develop electron-impact spectroscopy.

In 2001, in a special issue of The Journal of Physical Chemistry A, several of Kuppermann's former students who have gone on to successful careers in chemistry wrote about their former mentor. In a tribute, they summed up his ability to span experiment and theory: "In doing his work, Aron combined a chemist's intuition for the way that reactions take place, with a physicist's knowledge of quantum mechanics, an engineer's insight into how to construct and maintain complex instrumentation, and an applied mathematician's interest in efficient and accurate numerical approaches for computational work—both for the theoretical work and the analysis needed to interpret experimental observations."

Born May 6, 1926, in São Paulo, Brazil, Kuppermann received his BS in chemical engineering in 1948 and another in civil engineering in 1952 from the University of São Paulo. He served as an assistant professor of chemistry at the Instituto Tecnológico de Aeronáutica in São José dos Campos from 1950 to 1951. In 1953, he traveled to the University of Edinburgh in Scotland where he studied for a year as a British Council Scholar before coming to the United States and the University of Notre Dame. Although he initially came to the U.S. as a fellow of the Institute of International Education, an advisor convinced him to stay at Notre Dame to earn his PhD, which he did in 1955.

Between 1955 and 1963, Kuppermann worked his way up the faculty ranks at the University of Illinois. He joined the Caltech faculty as professor of chemical physics in 1963 and became emeritus in 2010.

"Aron was an important part of the Caltech family for almost 50 years," says Jackie Barton, chair of the Division of Chemistry and Chemical Engineering.  "He was concerned about his students and helped always to mentor his young colleagues.  He will be missed by all of us."

Kuppermann was a member of the advisory board of the International Journal for Radiation Physics and Chemistry (1968–76) and a member of the editorial board of the Journal of Physical Chemistry (1965–70). He also worked to improve the state of chemical education and research in other countries, especially his native Brazil—he was a member of the Joint U.S.–Brazil Science Cooperation Program on Graduate Teaching and Research in Chemistry sponsored by the National Academy of Sciences between 1969 and 1973 and served as its chairman from 1973 until 1976.

Throughout his career, Kuppermann received recognition for his work—he was made a fellow of the American Physical Society and the American Institute of Chemists and he was an honored lecturer and visiting professor at many universities and institutions. At Caltech, Kuppermann was selected for recognition by both undergraduate and graduate students as a leading teacher and mentor on campus. In an autobiography included in the special issue of The Journal of Physical Chemistry A, Kuppermann wrote that he had "derived enormous pleasure from the interaction with (his) students. . . . I could not have made whatever contributions to science I was involved in without their collaboration."

"I couldn't have asked for a better mentor," says Ravinder Abrol, a former student of Kuppermann. "Aron took personal interest in every student and ensured he was available for both professional and personal issues. He gave us freedom of thought by allowing us to grow and learn naturally but ensured that we didn't deviate too much from the intended path."

Kuppermann worked as a consultant for organizations such as the Argonne National Laboratory, the Armour Research Foundation of the Illinois Institute of Technology, the Central Institute of Chemistry of the University of Brasília, the Instituto de Energia Atômica in São Paulo, the Jet Propulsion Laboratory, TRW Systems, Inc., Varian Associates, and the World Bank. He was also Councilor for Chemistry to the International Association for Radiation Research and to the Radiation Research Society, as well as a member of the Advisory Panel on Atomic and Molecular Properties for the National Standard Reference Data Program.

Kuppermann is survived by his wife, Roza, and four children—Baruch, Miriam, Nathan, and Sharon. 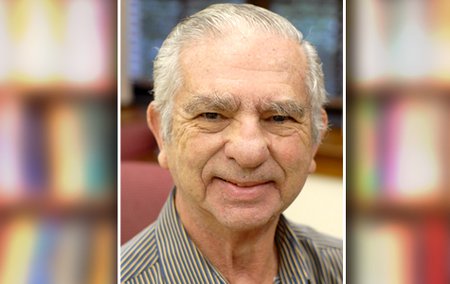 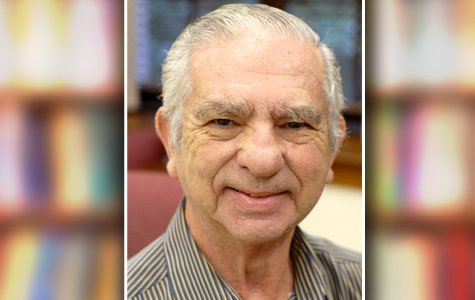