Established in 1957 and given annually, the award recognizes distinguished contributions in the field of applied mechanics. Rosakis receives the honor for his "pioneering contributions to the understanding of the mechanics behind earthquakes," according to his award citation.

Since arriving at Caltech in 1982, Rosakis has explored the mechanics of materials failure at various scales of time and space. Over the years, he connected with geoscience-minded colleagues such as Hiroo Kanamori, John E. and Hazel S. Smits Professor of Geophysics, Emeritus and director of the Seismological Laboratory from 1990 to 1998, and developed an interest in how basic mechanics principles govern the nucleation and growth of earthquake ruptures.

"I was exposed to, and gradually became fascinated by, the phenomenon of dynamic fracture in large-scale mechanical systems in the earth's crust, such as in fault systems. This fast fracturing is responsible for generating earthquakes of various types and magnitudes around the globe," Rosakis says."I am also fascinated by the problem of how tsunamis are generated by rupturing thrust faults at the sea floor and by underwater landslides."

The Timoshenko Medal is named for Stephen Timoshenko, a founding member of the Ukrainian Academy of Sciences and an international authority in the field of mechanical engineering, who moved to the United States in 1922. Timoshenko was the medal's first recipient.

Past recipients of the Timoshenko Medal include Theodore von Kármán (in 1958); Rosakis's PhD advisor at Brown University, Lambert Freund (in 2003); and also Freund's advisor, Jan Achenbach of Northwestern University (in 1992).

"Many of my mentors and scientific Idols have received this award, so I really feel especially honored and humbled to be recognized with them," Rosakis says.

The award will be presented at a dinner, after which, according to tradition, the recipient gives a lengthy speech that reflects his or her philosophical thoughts on the field of mechanics and life experiences as a scientist or engineer. Rosakis was in the audience in 1985 when Eli Sternberg, the late Caltech engineering professor, received the award.

"He gave a brilliantly humorous lecture that influenced and inspired me throughout my career.  I was then a young faculty member at Caltech and I thought that I would never be able to ever fill such shoes even if I was ever lucky enough to get the award," Rosakis says. "The thought of delivering such a speech was simply terrifying. I have to admit that 33 years later it still is."

Rosakis will travel to Pittsburgh to receive the award on November 13. 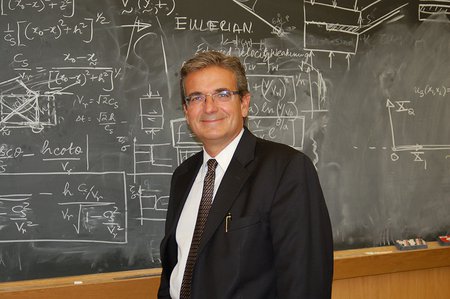 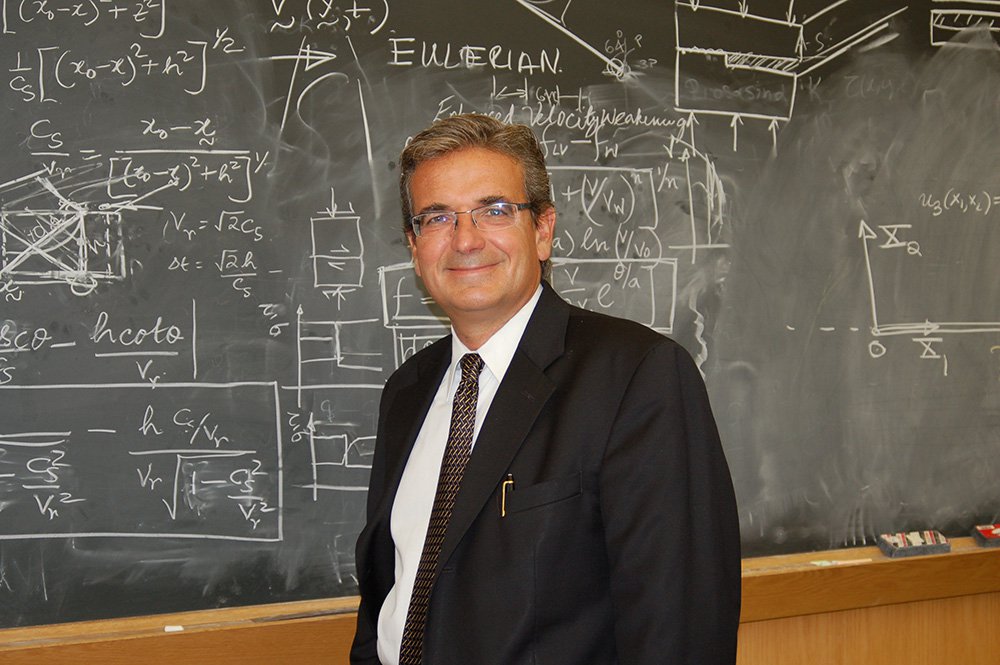