The Arc of Abolition

Assistant Professor of History Sarah Gronningsater, who grew up in New York City, played on the same playground nearly every day of her childhood. She did not know it as a child, but from the 1820s to the 1850s, a group of free African American households lived on the very site of that playground. Gronningsater sees this as a striking coincidence, as she is now a historian studying 18th and 19th century American history, with a particular focus on African Americans in New York State. We sat down with her to discuss her passion for the intertwined political, social, and legal history of African Americans in the United States.

Your work is centered on the 18th and 19th century. What in particular do you focus on within that time period?

My focus is on slavery and emancipation in the American North. I examine the states where slavery was abolished before the Civil War through political and legal processes that took decades. I'm very interested in how these processes unfolded, especially in New York State. In particular, I focus on the children of slaves. Between 1780 and 1804, five northern states, including New York, passed laws freeing children who were born to slaves after a certain date. Although these children were technically born free, they had to work as servants for their mother's masters until adulthood. Because they were born into this "in-between" status, they were particularly attuned to the workings of law and politics. They, and their parents, wanted to be sure that masters did not cheat the system. They also tried to find ways to gain their freedom earlier than the state's laws originally promised. As these children grew up, not only did they stay legally and politically focused, but they used their wisdom and experience to start protesting against slavery more broadly in the United States. There was this entire generation of children who entered adulthood very politically and legally active.

I ultimately argue that these children helped topple slavery throughout the United States. They became adults in the decades before the Civil War and actively pushed northern politicians to become more anti-slavery. They did everything possible to help southern slaves achieve freedom, through the Underground Railroad and also by instigating court cases and convincing lawmakers to pass stronger anti-slavery laws. They knew from their experiences as children how to use law and politics to get what they wanted. I'm currently working on a book describing these findings titled The Arc of Abolition: The Children of Gradual Emancipation and the Origins of National Freedom.

I've always loved African American literature and history—I've read a lot about extraordinary people doing extraordinary things. I majored in history and literature at Harvard and wrote my undergraduate thesis about the Massachusetts 54th regiment, one of the first northern regiments of black soldiers. I wondered, "Why were these free black men in Massachusetts? Why did they want to do this?" That's where my interest in northern black politics started, so the passion has been longstanding. After college, I got a master's in American history at Oxford and my doctorate at the University of Chicago, where I studied American history with Tom Holt and Amy Stanley, two outstanding scholars of slavery, emancipation, law, and politics.

Even though we now have so much digitized material, the work of a historian still requires the ability to access archives in person. You can find important material on law and politics in newspapers, but many of the newspapers in, say, tiny towns in rural New York, have not been digitized. Those local sources hold some of the best evidence supporting my arguments, such as details about small legal cases involving slaves or locally important political controversies. My work requires me to drive around and visit county clerks' offices and very small historical societies, which may only be open one day a week. You have to be willing to pound the pavement a little.

Will you be teaching any courses this year?

I will be teaching three courses. One is on early American rebellions and revolutions, beginning in the 1600s with conflicts like Bacon's Rebellion and continuing through the American Revolution. Another is on the general history of the 19th-century United States. And finally a course on the history of U.S. baseball from the 1840s to the present. The history of baseball is fun and fascinating, and it's a way to uncover all sorts of important developments in American history, whether it be urbanization, or issues of immigration, gender, or desegregation in sports.

Why does your work focus on New York?

When I started graduate school, I did not plan on working on New York history specifically. But I soon learned that New York State was the site of largest emancipation of American slaves before the Civil War, and there were archives full of fascinating information about the children of gradual emancipation. I do particularly appreciate working on the history of a state where my family has deep roots. My family has lived throughout the state for many generations. It has been fun as I'm writing my book to think about the events that my great-great-great-grandfather might have attended when he lived in the "Burned Over District" in western New York, for example. And, in an amazing connection that I only discovered after the fact, the playground that I used to play in as a child was actually a site where a group of free African American households had settled before Central Park was established.

What excites you about being in Pasadena?

I love hiking, and this is one of the only places I've ever lived where you can be outside every day of the year. You can be in the mountains in a hop, skip, and a jump.

Is there anything you are particularly excited for at Caltech?

One of the reasons I was incredibly excited to take this position is that Caltech is a place that values and supports research, so it's a wonderful place to get intellectual support. But at the same time, it's also home to a small undergraduate population of bright, hardworking students. I love teaching and being in the classroom, and I've actually particularly enjoyed teaching students who are interested in math and science. I like working with students who are very intellectually capable, but might not love history. Yet. 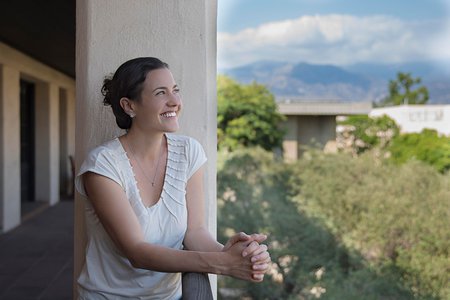 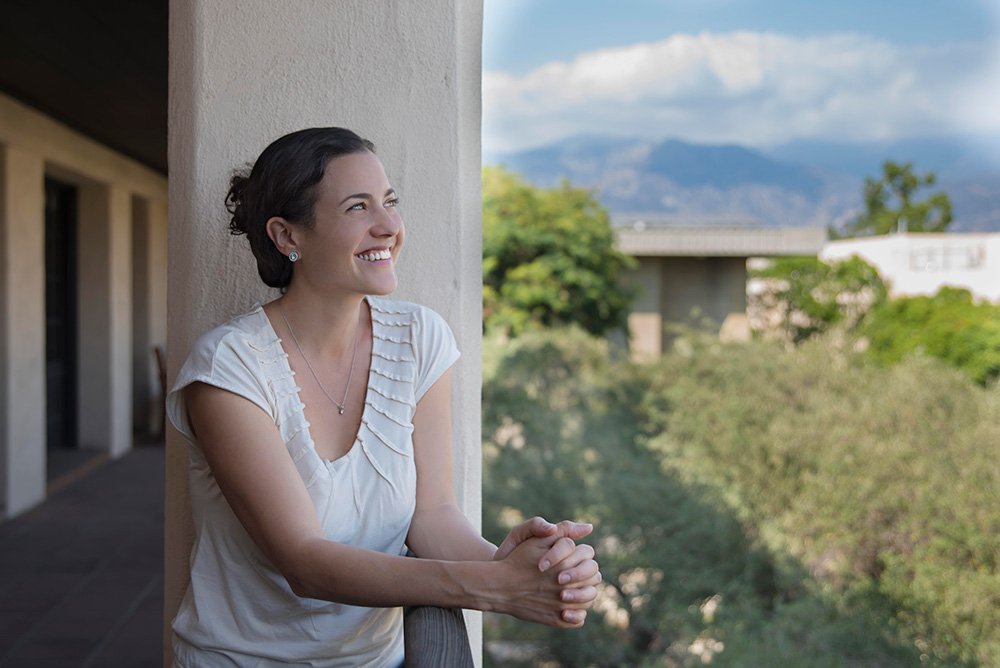