Caltech alumnus David E. Chavez grew up in Taos, New Mexico, in a rural community that didn't offer advanced-placement courses and provided few science and engineering research opportunities. He'll tell you that he barely got accepted to Caltech. But after participating in a special on-campus preparatory program for incoming freshmen, he thrived and graduated with honor in 1996.

Now an organic chemist at Los Alamos National Laboratory, Chavez has been named one of nine winners of the 2011 Ernest Orlando Lawrence Award by U.S. Secretary of Energy Steven Chu. Established in 1959 to honor the memory of Ernest Orlando Lawrence, the inventor of the cyclotron, the award honors midcareer scientists and engineers for exceptional contributions in research and development that support the Department of Energy and its mission to advance the national, economic, and energy security of the United States. Chavez was the sole awardee this year in the category of Atomic, Molecular, and Chemical Sciences.

Chavez joins a distinguished list of past Caltech winners of the E.O. Lawrence Award—a list that includes Richard Feynman (1962), Mark S. Wrighton (1983), Steven Koonin (1998), and Marc Kamionkowski (2007), among others. Chavez says he's overwhelmed to be included among such scientific giants. "To come from such a rural environment, to get accepted to Caltech, and to make it to this position. . . . I still don't believe it when I think about it," he says.

Chavez uses organic chemistry to develop novel high-energy materials that have applications as propellants, explosives, and pyrotechnics. His goal is to develop products that, even when scaled up for mass production, are environmentally friendly. For example, he developed a method to produce an explosive material, called diaminoazoxy furazan (DAAF), in a way that doesn't create highly acidic hazardous waste, as the old method did. The byproduct of Chavez's new method is basically salty water. Chavez's DAAF is also safer to transport than previous versions. "It can perform like an explosive, but it has the capability to be extremely safe as well," he says.

He's currently working to develop new oxidizer materials that could replace environmentally hazardous oxidizing agents such as ammonium perchlorate. On the civilian side, these alternatives could be useful for fireworks displays, and the military could use them in propellants.

At Caltech, beginning his freshman year, Chavez had the opportunity to participate in lab research. He says those experiences and the mentorship of Sunney Chan, Erick Carreira, and Andrew Myers—all at Caltech at the time—were instrumental in his development as a scientist. Chavez went on to earn his PhD at Harvard University and is an adjunct professor of chemistry at the University of New Mexico, Taos, as well as an invited professor at the École Normale Supérieure, in Cachan, France. He has been at Los Alamos since 2003.

Chavez and the eight other E.O. Lawrence Award winners will receive gold medals and a $20,000 honorarium at a ceremony in Washington, D.C., early next year. 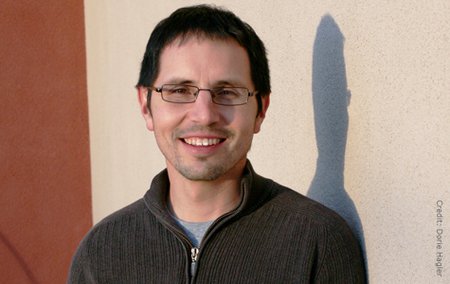 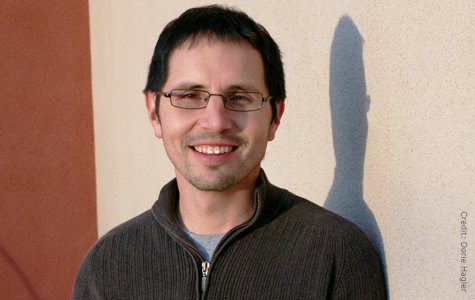