Eric Betzig (BS '83), a group leader at the Howard Hughes Medical Institute's Janelia Farm Research Campus in Ashburn, Virginia, has been awarded the 2014 Nobel Prize in Chemistry along with Stefan W. Hell of the Max Planck Institute for Biophysical Chemistry and William E. Moerner of Stanford University. The three were honored "for the development of super-resolved fluorescence microscopy," a method that allows for the creation of "super-images" with a resolution on the order of nanometers, or billionths of a meter. In essence, the work turns microscopy into "nanoscopy."

The technique developed by the trio overcomes the so-called Abbe diffraction limit, which describes a physical restriction on the sizes of the structures that can be resolved using optical microscopy, showing that, essentially, nothing smaller than one-half the wavelength of light, or about 0.2 microns, can be discerned by these scopes. The result of the Abbe limit is that only the larger structures within cells—organelles like mitochondria, for example—can be resolved and studied with regular microscopes but not individual proteins or even viruses. The restriction is akin to being able to observe the buildings that make up a city but not the city's inhabitants and their activities.

Betzig, building on earlier work by Hell and Moerner, found that it was possible to work around the Abbe limit to create very-high-resolution images of a sample, such as a developing embryo, by using fluorescent proteins that glow when illuminated with a weak pulse of light. Each time the sample is illuminated, a different, sparsely distributed subpopulation of fluorescent proteins will light up and, because the glowing molecules are spaced farther apart than the Abbe diffraction limit, a standard microscope would be able to capture them. Still, each of the images produced in this way has relatively low resolution—that is, they are blurry. Betzig, however realized that by superimposing many such images, he would be able to obtain a sharp super-image, in which nanoscale structures are clearly visible. The new technique was first described in a 2006 paper published in the journal Science.

After Caltech, Betzig, a physics major from Ruddock House, earned an MS (1985) and a PhD (1988) from Cornell University. He worked at AT&T Bell Laboratories until 1994, when he stepped away from academia and science to work for his father's machine tool company. Betzig returned to research in 2002 and joined Janelia in 2005. 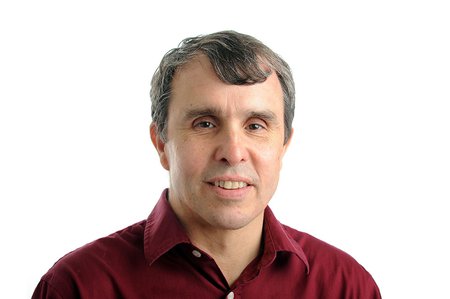 The center image shows lysosome membranes and is one of the first ones taken by Betzig using single-molecule microscopy. To the left, the same image taken using conventional microscopy. To the right, the image of the membranes has been enlarged. Note the scale division of 0.2 micrometers, equivalent to Abbe's diffraction limit. The resolution is many times improved. Credit: Science 313:1642-1645 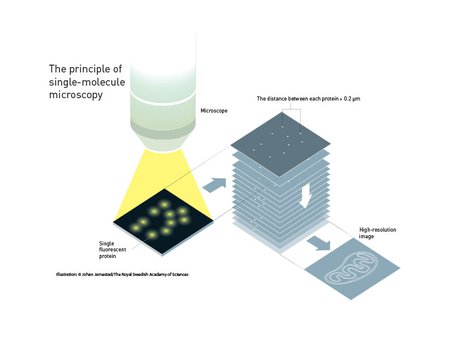 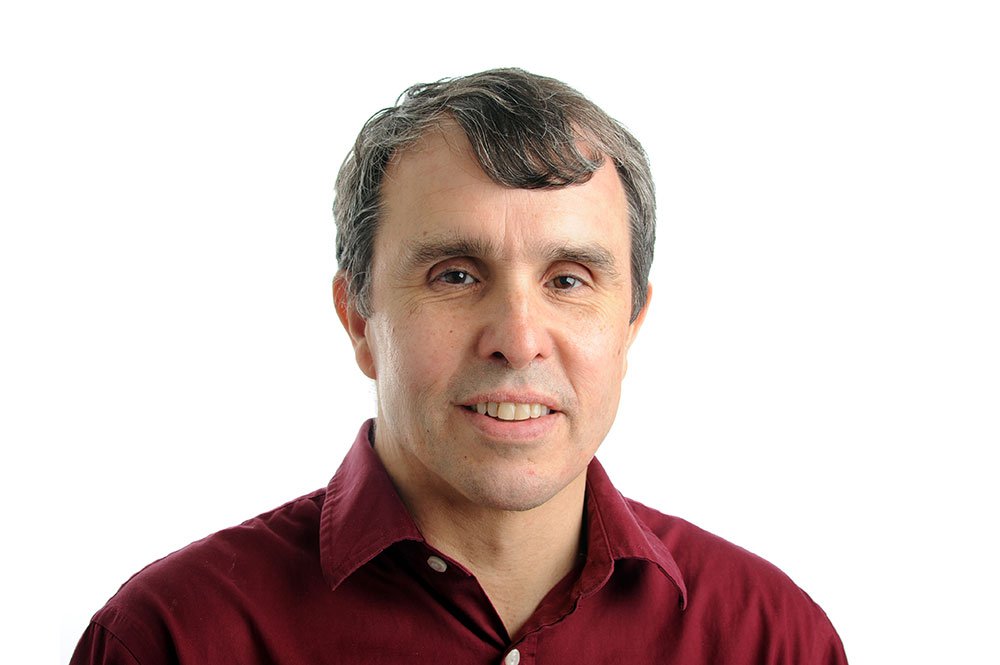 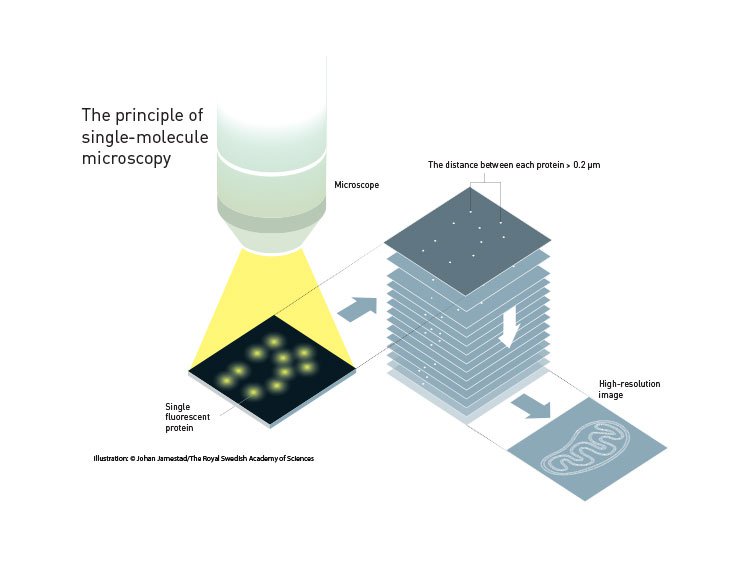