Arthur B. McDonald (PhD '70), director of the Sudbury Neutrino Observatory (SNO) in Ontario, Canada, and Takaaki Kajita, at the University of Tokyo, Kashiwa, Japan, have shared the 2015 Nobel Prize in Physics for the discovery that neutrinos can change their identities as they travel through space.

McDonald and Kajita lead two large research teams whose work has upended the standard model of particle physics and settled a debate that has raged since 1930, when the neutrino's existence was first proposed by physicist Wolfgang Pauli. Pauli initially devised the neutrino as a bookkeeping device—one to carry away surplus energy from nuclear reactions in stars and from radioactive decay processes on Earth. In order to make the math work, he gave it no charge, almost no mass, and only the weakest of interactions with ordinary matter. Billions of them are coursing through our bodies every second, and we are entirely unaware of them.

There are three types of neutrinos—electron, muon, and tau—and they were, for many years, assumed to be massless and immutable. The technology to detect electron neutrinos emerged in the 1950s, and it slowly became apparent that as few as one-third of the neutrinos the theorists said the sun should be emitting were actually being observed. Various theories were proposed to explain the deficit, including the possibility that the detectable electron neutrinos were somehow transmuting into their undetectable kin en route to Earth.

Solving the mystery of the missing neutrinos would require extremely large detectors in order to catch enough of the elusive particles to get accurate statistics. Such sensitive detectors also require enormous amounts of shielding to avoid false readings.

The University of Tokyo's Super-Kamiokande neutrino detector, which came online in 1996, was built 1,000 meters underground in a zinc mine. Its detector, which counts muon neutrinos and records their direction of travel, found fewer cosmic-ray neutrinos coming up through the Earth than from any other direction. Since they should not be affected in any way by traveling through the 12,742-kilometer diameter of our planet, Kajita and his colleagues concluded that the extra distance had given them a little extra time to change their identities.

McDonald's SNO, built 2,100 meters deep in a nickel mine, began taking data in 1999. It has two counting systems. One is exclusively sensitive to electron neutrinos, which are the type emitted by the sun; the other records all neutrinos but does not identify their types. The SNO also recorded only about one-third of the predicted number of solar electron-type neutrinos—but the aggregate of all three types measured by the other counting systems matched the theory.

The conclusion, for which McDonald and Kajita were awarded the Nobel Prize, was that neutrinos must have a nonzero mass. Quantum mechanics treats particles as waves, and the potentially differing masses associated with muons and taus gives them different wavelengths. The probability waves of the three particle types are aligned when the particle is formed, but as they propagate they get out of synch. Therefore, there is a one-third chance of seeing any particular neutrino in its electron form. Because these particles have this nonzero mass, their gravitational effects on the large-scale behavior of the universe must be taken into account—a profound implication for cosmology.

McDonald came to Caltech in 1965 to pursue a PhD in physics in the Kellogg Radiation Laboratory under the mentorship of the late Charles A. Barnes, professor of physics, emeritus, who passed away in August 2015. "Charlie Barnes was a great mentor who was very proud of his students," says Bradley W. Filippone, professor of physics and a postdoctoral researcher under Barnes. "It is a shame that Charlie didn't get to see Art receive this tremendous honor."

A native of Sydney, Canada, McDonald received his bachelor of science and master's degrees, both in physics, from Dalhousie University in Halifax, Nova Scotia, in 1964 and 1965, respectively. After receiving his doctorate, he worked for the Chalk River Laboratories in Ontario until 1982, when he became a professor of physics at Princeton University. He left Princeton in 1989 and became a professor at Queen's University in Kingston, Canada; the same year, he became the director of the SNO. In 2006, he became the holder of the Gordon and Patricia Gray Chair in Particle Astrophysics, a position he held until his retirement in 2013. 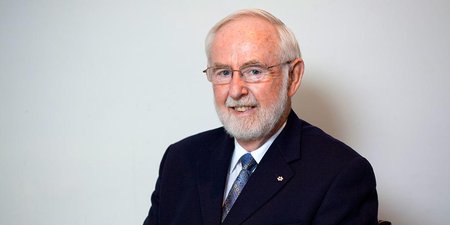 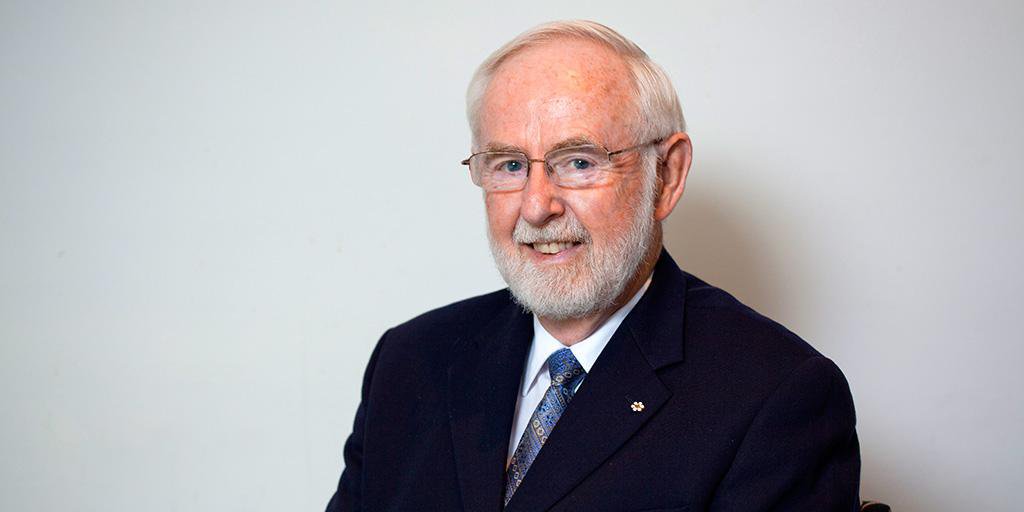