Eric Schmidt, executive chairman of Alphabet and the former CEO of Google, foresees a time very soon when artificial intelligence will become dramatically more capable and useful, impacting how we live our lives and how we understand the world around us.

"The biggest shift of all will be moving up the scale of information understanding," he said, noting that such a shift will provide the ability not just to deliver search results, but useful personalized suggestions. For example, a speaker coming to campus might receive suggestions about what to say, or what topics to avoid—"the kind of things that a good adviser would give. And we're on the cusp of being able to do that."

Schmidt provided this glimpse into the future during a Q&A with Caltech president Thomas F. Rosenbaum on February 17 at Ramo Auditorium. About 150 students, faculty, and staff members attended the event to hear Schmidt field questions from Rosenbaum and members of the audience about the future of technology, the value and importance of the internet as a forum for a free exchange of ideas—and how to get hired by Google. Their session was the capstone of a visit to campus in which Schmidt learned firsthand about some of the research conducted at the Institute.

During the public event, Schmidt said the areas where he sees advances happening most quickly are biology—specifically personalized medicine, treatments for cancer, and our ability to understand the brain—information science, and, of course, artificial intelligence.

Of particular note to the Caltech community, though, was Schmidt's suggestion that artificial intelligence could transform the way science is done by allowing researchers to conduct "hypothesis-free" investigations of massive amounts of data.

Traditionally, he said, scientists "have a hypothesis, and they build algorithms and test it and so forth and they eventually get the Nobel Prize. So, good job. [But] there's a new model for how to do science that we are trying to propose . . . which has a different starting point. It's get as much data as possible, and then without too much of a theory, begin to analyze the data."

Schmidt then added: "There are many very difficult problems in science that might be solvable through our kind of machine learning approach that have not been solvable in a hundred years by your traditional approach."

He said he envisioned a scenario in which a chemist or physicist with a hunch submits his idea to an artificial intelligence system with a deep understanding of the related field: "He types, 'My hunch is A-B-C-D' and then the computer, with its vast knowledge of physics, can begin to do reinforcement learning and other approaches, [and respond], 'Your hunch is probably not true,'" while suggesting a related alternative to investigate.

"This symbiosis between this incredibly disciplined thinker and the ability to look through vast amounts of knowledge and data is the future," he said.

Schmidt speculated that artificial intelligence is likely to be socially and economically disruptive, replacing repetitive, low-value-added jobs now performed by people in the same way that robotics displaced manufacturing jobs in the last few decades. But, he posited, as a result, "people will spend more time doing things that are uniquely human."

He added that technological change would elevate the importance of education and globalization and increase job growth and global income, but acknowledged that the question of who benefits from the increase in wealth remains a thorny issue.

In discussing the future of artificial intelligence, Schmidt did take a moment to address concerns that machines might become super intelligent and subsequently "self-modify to become evil." 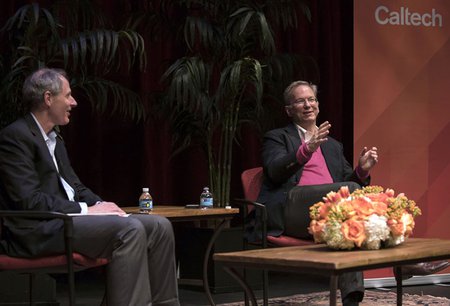 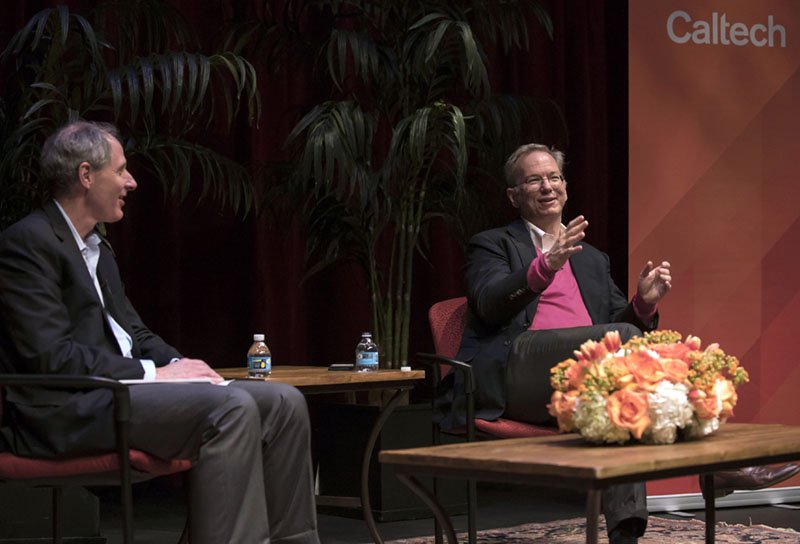