A Caltech imaging innovation will ease your trip to the dentist and may soon energize home entertainment systems too.

Although dentistry has come a long way since the time when decayed teeth were extracted by brute force, most dentists are still using the clumsy, time-consuming, and imperfect impression method when making crowns or bridges. But that process could soon go the way of general anesthesia in family dentistry thanks to a 3-D imaging device developed by Mory Gharib, Caltech vice provost and Hans W. Liepmann Professor of Aeronautics and professor of bioinspired engineering.

By the mid-2000s, complex dental imaging machines—also called dental scanners—began appearing on the market. The devices take pictures of teeth that can be used to create crowns and bridges via computer-aided design/computer-aided manufacturing (CAD/CAM) techniques, giving the patient a new tooth the same day. But efficiency doesn't come without cost—and at more than $100,000 for an entire system, few dentists can afford to invest in the equipment. Within that challenge, Gharib saw an opportunity.

An expert in biomedical engineering, Gharib had built a 3-D microscope in 2006 to help him design better artificial heart valves and other devices for medical applications. Since it's not very practical to view someone's mouth through a microscope, he thought that he could design and build an affordable and portable 3-D camera that would do the same job as the expensive dental scanners.

The system he came up with is surprisingly simple. The camera, which fits into a handheld device, has three apertures that take a picture of the tooth at the same time but from different angles. The three images are then blended together using a computer algorithm to construct a 3-D image. In 2009, Gharib formed a company called Arges Imaging to commercialize the product; last year, Arges was acquired by a multinational dental-technology manufacturer that has been testing the camera with dentists.

"Professor Gharib is as brilliant a scientist as he is an engineer and inventor," says Ares Rosakis, chair of Caltech's division of engineering and applied science. "I think that's what we have to do to look at humanity's big problems: we have to be ready to act as pure scientists when we observe and discover as well as act as practical engineers when we invent and apply. This continuous interplay happens at Caltech better than at other institutions."

Indeed, Gharib did not stop with dental applications for his 3-D scanner, but quickly realized that the technology had promise in other industries. For example, there are many potential applications in consumer electronics and other products, he says. While motion-sensing devices with facial and voice-recognition capabilities, like Microsoft's Kinect for the Xbox 360, allow players to feel like they are in the game— running, jumping, and flying over obstacles—"the gestures required are extreme," says Gharib. A more sophisticated imager could make players really feel like they are part of the action.

In robotic and reconstructive surgery, a 3-D imager could provide surgeons with a tool to help them achieve better accuracy and precision. "What if I could take a 3-D picture of your head and have a machine sculpt it into a bust?" says Gharib. "With CAD/CAM, you can take a computer design and turn that into a sculpture, but you need someone who is expert at programming. What if a camera could take a photo and give you 3-D perspective? We have expensive 3-D motion-picture cameras now and 3-D displays, but we don't have much media for them," says Gharib, who earlier this year formed a new company called Apertura Imaging to try to improve the 3-D imaging technology for these nondental applications. "Once we build this new camera, people will come up with all sorts of applications," he says. 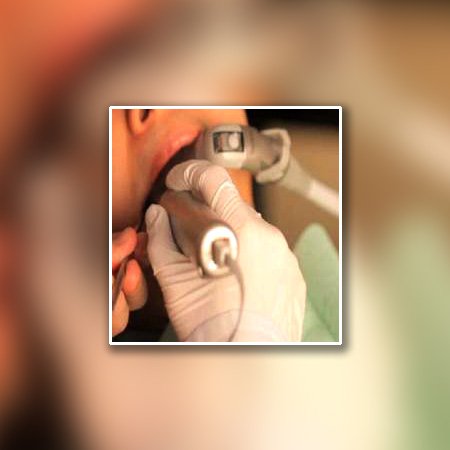