1+1= 3, or How I Learned to Stop Worrying and Love Holistic Circuits

In a matter of a few decades, silicon chips have transformed the way we live, taking us from typewriters, landlines, and turntables to computers, cell phones, and MP3 players (which by now, are in your cell phone anyway). Today, with the continued development of complementary metal oxide semiconductor (CMOS) technology, literally billions of transistors can be placed on a tiny, inexpensive chip and customized to perform all sorts of marvels. Developing these technologies and exploring potential applications keeps Ali Hajimiri, Thomas G. Myers Professor of Electrical Engineering at Caltech, and everyone in his lab busy. Hajimiri will lecture on integrated circuits and their applications in our daily lives as part of the Earnest C. Watson Lecture Series on Wednesday, January 29, 2014, at 8 p.m. in Caltech's Beckman Auditorium. Admission is free.

What kind of research do you do?

I'm interested in crafting hardware devices for a range of applications, from communications, radars, and sensors to projection, imaging, and medical technologies. My focus is really on coming up with new solutions to interesting problems, using the underlying circuit and device technology we are now capable of developing.

What do you find most exciting about what you do?

What is special about today's circuit technology?

CMOS is basically a low-cost technology that's used for making microprocessors. You can have a tiny chip, smaller than your fingernail, and there's a whole city on there. Our chips are manufactured through a lithography process, which basically means that they are made layer by layer. It's like photography, but in the other direction: instead of taking a negative and enlarging it, we take a stencil and make it very tiny.

What can you use these circuits for?

On the commercial side, our lab developed a technology for power amplifiers that go into cellular phones. These chips are smaller, cheaper, and better than those that came before, and now they are in hundreds of millions of cell phones worldwide. We've also developed the world's first radar-on-a-chip. It's an entire self-operating radar system with the antennas and everything on a chip smaller than a dime. It's intended for automotive applications. Eventually it should be able to prevent automobile collisions because your car will automatically detect when, for example, another car is cutting you off, and it will brake or steer your car away.

One of the greatest things about CMOS technology is that these circuits can be made in volume at a very low cost, maybe a dollar or two. This is especially important for medical devices. You can make an amazing diagnostic device, but if they cost $100,000, there won't be very many people who will end up using them. With CMOS, a variety of medical devices can be made available very widely.

When you're coming up with these ideas, are you thinking in terms of a problem you would like to solve, or are you looking at a chip and imagining what you could do with it?

Both. The way I describe it to my students is that you want to expand in both directions. You want to start with the relevant problems, but you also want to say, "These are the technologies that I have at my disposal. What can I do with them?"  They are like two trees, one that goes down and the other that goes up. The multiple branches at some point start meeting each other. When they connect, you've got a way to link an application to a device.

My background is in electrical engineering. But even as a boy, I really liked making stuff. When I was in kindergarten, I used to pound rocks and pebbles and stir up different combinations of them. I made cement, essentially. A couple of years later, I invented a device for avoiding afternoon naps. I really didn't like taking afternoon naps, so I made an alarm that I put under the carpet, and when my mom stepped on it, I would hear it buzz, and I could immediately pretend to be asleep.

How long did it take her to catch on?

For some reason she always avoided stepping on that spot.  I think she must have been on to me. 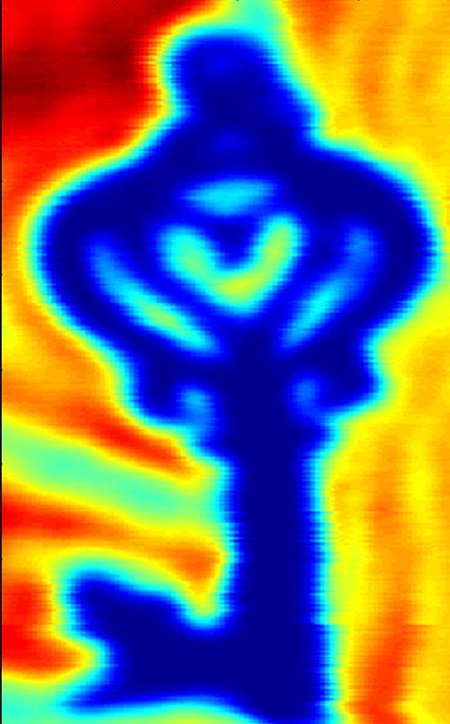 How a terahertz (THz) chip, currently under development in Hajimiri's lab, would visualize a metal key hidden within a package. Credit: Kaushik Sengupta/Caltech
Image Lightbox 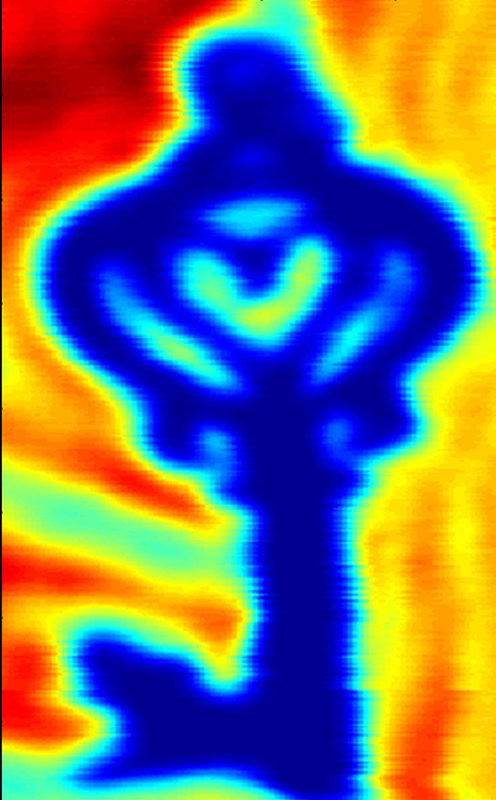 How a terahertz (THz) chip, currently under development in Hajimiri's lab, would visualize a metal key hidden within a package.
Credit: Kaushik Sengupta/Caltech
Download Full Image
Subscribe
The Caltech Weekly