Trustees Gordon (PhD '54) and Betty Moore have pledged $100 million to Caltech, the second-largest single contribution in the Institute's history. With this gift, they have created a permanent endowment and entrusted the choice of how to direct the funds to the Institute's leadership—providing lasting resources coupled with uncommon freedom.

"Those within the Institute have a much better view of what the highest priorities are than we could have," Intel Corporation cofounder Gordon Moore explains. "We'd rather turn the job of deciding where to use resources over to Caltech than try to dictate it from outside."

Applying the Moores' donation in a way that will strengthen the Institute for generations to come, Caltech's president and provost have decided to dedicate the funds to fellowships for graduate students.

"Gordon and Betty Moore's incredibly generous gift will have a transformative effect on Caltech," says President Thomas F. Rosenbaum, holder of the Institute's Sonja and William Davidow Presidential Chair and professor of physics. "Our ultimate goal is to provide fellowships for every graduate student at Caltech, to free these remarkable young scholars to pursue their interests wherever they may lead, independent of the vicissitudes of federal funding. The fellowships created by the Moores' gift will help make the Institute the destination of choice for the most original and creative scholars, students and faculty members alike."

Further multiplying the impact of the Moores' contribution, the Institute has established a program that will inspire others to contribute as well. The Gordon and Betty Moore Graduate Fellowship Match will provide one additional dollar for every two dollars pledged to endow Institute-wide fellowships. In this way, the Moores' $100 million commitment will increase fellowship support for Caltech by a total of $300 million.

Says Provost Edward M. Stolper, the Carl and Shirley Larson Provostial Chair and William E. Leonhard Professor of Geology: "Investigators across campus work with outstanding graduate students to advance discovery and to train the next generation of teachers and researchers. By supporting these students, the Moore Match will stimulate creativity and excellence in perpetuity all across Caltech. We are grateful to Gordon and Betty for allowing us the flexibility to devote their gift to this crucial priority."

The Moores describe Caltech as a one-of-a-kind institution in its ability to train budding scientists and engineers and conduct high-risk research with world-changing results—and they are committed to helping the Institute maintain that ability far into the future.

"We appreciate being able to support the best science," Gordon Moore says, "and that's something that supporting Caltech lets us do."

The couple's extraordinary philanthropy already has motivated other benefactors to follow their example, notes David L. Lee, chair of the Caltech Board of Trustees.

"The decision that Gordon and Betty made—to give such a remarkable gift, to make it perpetual through an endowment, and to remove any restrictions as to how it can be used—creates a tremendous ripple effect," Lee says. "Others have seen the Moores' confidence in Caltech and have made commitments of their own. We thank the Moores for their leadership."

The Moores consider their gift a high-leverage way of fostering scientific research at a place that is close to their hearts. Before he went on to cofound Intel, Gordon Moore earned a PhD in chemistry from Caltech.

"It's been a long-term association that has served me well," he says.

Joining him in Pasadena just a day after the two were married, Betty Moore became active in the campus community as well. A graduate of San Jose State College's journalism program, she secured a job at the Ford Foundation's new Pasadena headquarters and also made time to come to campus to participate in community activities, including the Chem Wives social club.

"We started out at Caltech," she recalls. "I had a feeling that it was home away from home. It gives you a down-home feeling when you're young and just taking off from family. You need that connection somehow."

After earning his PhD from Caltech in 1954, Gordon Moore took a position conducting basic research at the Applied Physics Laboratory at Johns Hopkins University. Fourteen years and two jobs later, he and his colleague Robert Noyce cofounded Intel Corp. Moore served as executive vice president of the company until 1975, when he took the helm. Under his leadership—as chief executive officer (1975 to 1987) and chairman of the board (1987 to 1997)—Intel grew from a Mountain View-based startup to a giant of Silicon Valley, worth more than $140 billion today.

Moore is widely known for "Moore's Law," his 1965 prediction that the number of transistors that can fit on a chip would double every year. Still relevant 50 years later, this principle pushed Moore and his company—and the tech industry as a whole—to produce continually more powerful and cheaper semiconductor chips.

Gordon Moore joined the Caltech Board of Trustees in 1983 and served as chair from 1993 to 2000. That same year, he and his wife established the Gordon and Betty Moore Foundation, an organization dedicated to creating positive outcomes for future generations in the San Francisco Bay Area and around the world.

Among numerous other honors, Gordon Moore is a member of the National Academy of Engineering, a fellow of the Institute of Electrical and Electronics Engineers, and a recipient of the National Medal of Technology and the Presidential Medal of Freedom.

The Gordon and Betty Moore Graduate Fellowship Match is available for new gifts and pledges to endow graduate fellowships. For more information about the match and how to support graduate education at Caltech, please email [email protected].edu or call (626) 395-4863. 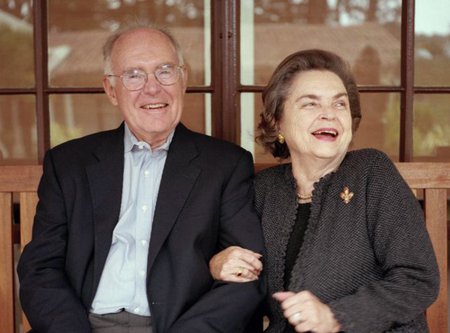 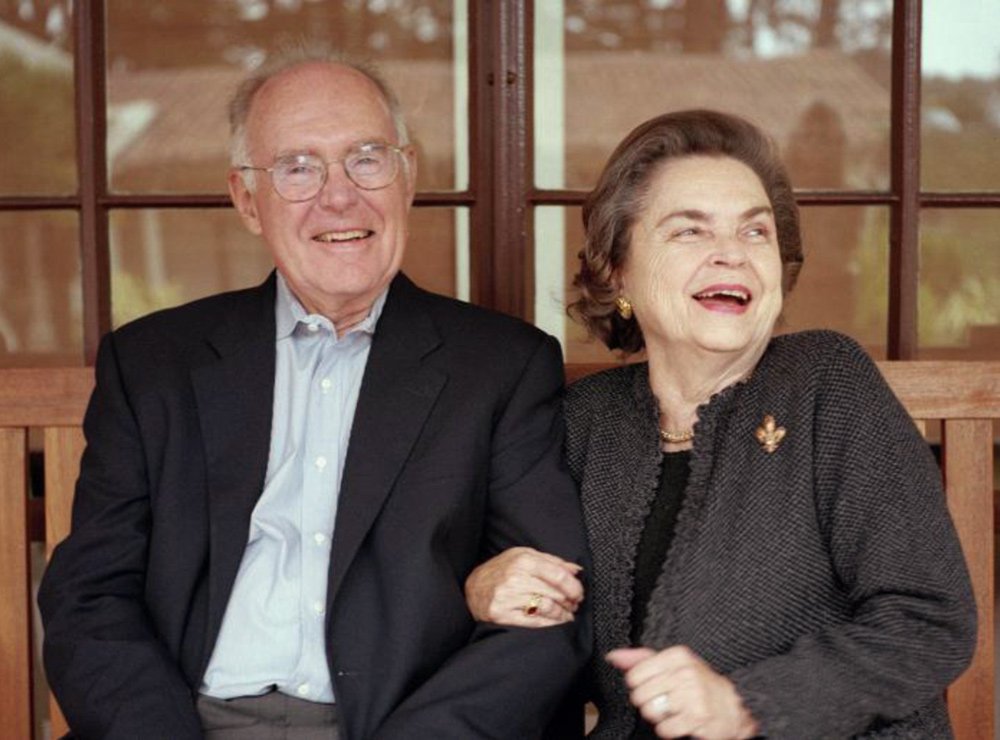