New Materials Could Turn Water into the Fuel of the Future

Researchers at Caltech and Lawrence Berkeley National Laboratory (Berkeley Lab) have—in just two years—nearly doubled the number of materials known to have potential for use in solar fuels.

They did so by developing a process that promises to speed the discovery of commercially viable solar fuels that could replace coal, oil, and other fossil fuels.

Solar fuels, a dream of clean-energy research, are created using only sunlight, water, and carbon dioxide (CO2). Researchers are exploring a range of target fuels, from hydrogen gas to liquid hydrocarbons, but producing any of these fuels involves splitting water.

Each water molecule comprises an oxygen atom and two hydrogen atoms. The hydrogen atoms are extracted and then can be reunited to create highly flammable hydrogen gas or combined with CO2 to create hydrocarbon fuels, creating a plentiful and renewable energy source. The problem, however, is that water molecules do not simply break down when sunlight shines on them—if they did, the oceans would not cover most of the planet. They need a little help from a solar-powered catalyst.

To create practical solar fuels, scientists have been trying to develop low-cost and efficient materials, known as photoanodes, that are capable of splitting water using visible light as an energy source. Over the past four decades, researchers identified only 16 of these photoanode materials. Now, using a new high-throughput method of identifying new materials, a team of researchers led by Caltech's John Gregoire and Berkeley Lab's Jeffrey Neaton and Qimin Yan have found 12 promising new photoanodes.

A paper about the method and the new photoanodes appears the week of March 6 in the online edition of the Proceedings of the National Academy of Sciences. The new method was developed through a partnership between the Joint Center for Artificial Photosynthesis (JCAP) at Caltech and Berkeley Lab's Materials Project, using resources at the Molecular Foundry and the National Energy Research Scientific Computing Center (NERSC).

"This integration of theory and experiment is a blueprint for conducting research in an increasingly interdisciplinary world," says Gregoire, JCAP thrust coordinator for photoelectrocatalysis and leader of the High Throughput Experimentation Project. "It's exciting to find 12 new potential photoanodes for making solar fuels, but even more so to have a new materials discovery pipeline going forward."

"What is particularly significant about this study, which combines experiment and theory, is that in addition to identifying several new compounds for solar fuel applications, we were also able to learn something new about the underlying electronic structure of the materials themselves," says Neaton, director of the Molecular Foundry.

Previous materials discovery processes relied on cumbersome testing of individual compounds to assess their potential for use in specific applications. In the new process, Gregoire and his colleagues combined computational and experimental approaches by first mining a materials database for potentially useful compounds, screening it based on the properties of the materials, and then rapidly testing the most promising candidates using high-throughput experimentation.

In the work described in the PNAS paper, the researchers explored 174 metal vanadates—compounds containing the elements vanadium and oxygen along with one other element from the periodic table.

The research, Gregoire says, reveals how different choices for this third element can produce materials with different properties and how to "tune" those properties to make a better photoanode.

"The key advance made by the team was to combine the best capabilities enabled by theory and supercomputers with novel high-throughput experiments to generate scientific knowledge at an unprecedented rate," Gregoire says.

The study is titled "Solar fuels photoanode materials discovery by integrating high-throughput theory and experiment." Other authors from Caltech include JCAP research engineers Santosh Suram, Lan Zhou, Aniketa Shinde, and Paul Newhouse. This research was funded by the DOE. JCAP is a DOE Energy Innovation Hub focused on developing a cost-effective method of turning sunlight, water, and CO2 into fuel. It is led by Caltech with Berkeley Lab as a major partner. The Materials Project is a DOE program based at Berkeley Lab that aims to remove the guesswork from materials design in a variety of applications. The Molecular Foundry and NERSC are both DOE Office of Science User Facilities located at Berkeley Lab.

Written by
Robert Perkins
Contact
Robert Perkins
(626) 395‑1862
rperkins@caltech.edu
A look inside the labs at the Joint Center for Artificial Photosynthesis reveals the inventions and processes that yield groundbreaking discoveries in solar fuel production. Credit: Caltech 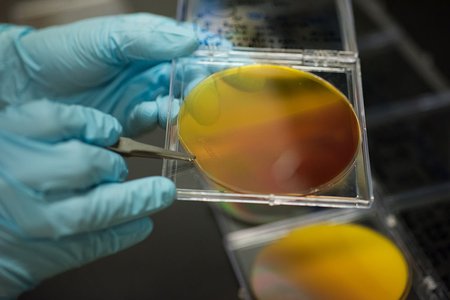 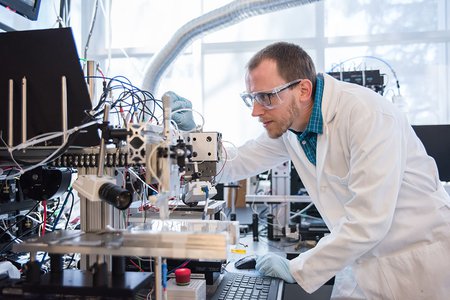 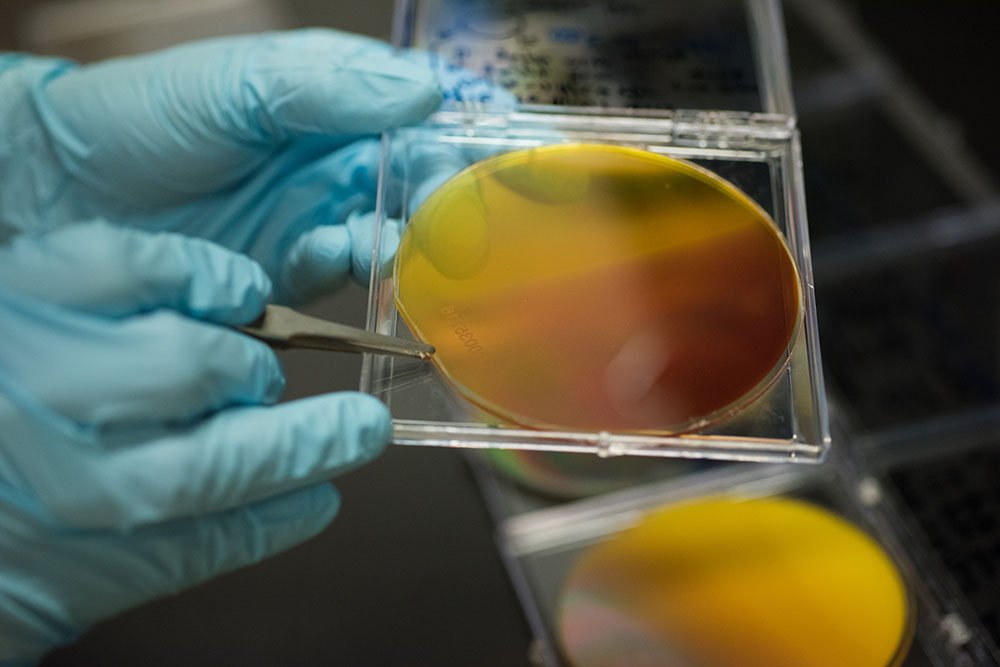 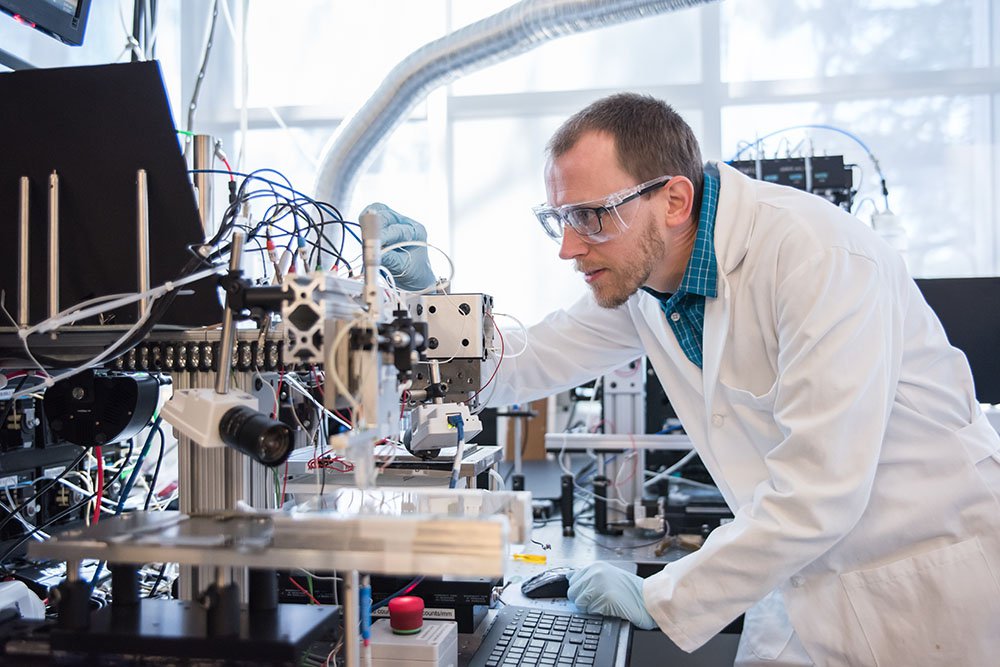