Caltech postdoctoral scholar Estefanía Sánchez-Vásquez has been named as a member of the 2020 class of Pew Latin American Fellows in the Biomedical Sciences by the Pew Charitable Trusts.

Sánchez-Vásquez will receive two years of funding to conduct research in the laboratory of Magdalena Zernicka-Goetz, Bren Professor of Biology and Biological Engineering, where she will study the fate of embryonic cells that have chromosomal abnormalities, and how these cells interact with normal cells during early mammalian development.

"I became interested in this line of research when I found out that the majority of the mammalian embryos have several cells with chromosomal abnormalities—however, these abnormal cells are eliminated during development and the normal cells modify their behavior to be able to generate a viable embryo. I became fascinated with the fact that somehow the embryo can 'sense' chromosomal abnormalities and activate programs that will allow it to give rise to a normal organism," says Sánchez-Vásquez.

Sánchez-Vásquez is from Cajamarca, Peru. Prior to coming to Caltech, she attended the National University of San Martín, Buenos Aires-Argentina for her PhD, where she studied the epigenetic control of microRNAs expression during migration of neural crest cells in developing organisms.

"I am so delighted to have Estefania joining us. Understanding the mechanisms behind how the embryos can eliminate unhealthy cells will have a great impact on reproductive and developmental biology. Estefania has wonderful enthusiasm and energy that will make solving this difficult problem possible," says Zernicka-Goetz.

As part of the program, Sánchez-Vásquez will have the option of additional funding from Pew, should she choose to return to Latin America to launch her own research laboratory after completing her postdoctoral fellowship. 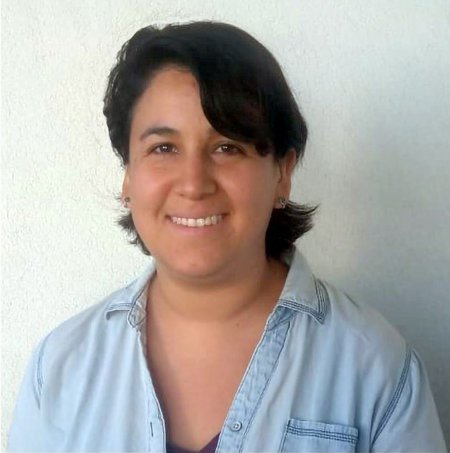