The Kent and Joyce Kresa Leadership Chair for Caltech's Division of Physics, Mathematics and Astronomy (PMA) will generate funds to give the division chair agility to respond immediately when singular opportunities arise. The unrestricted $10 million endowment for PMA, one of Caltech's six academic divisions, is named for senior trustee and board chair emeritus Kent Kresa and his late wife, Joyce, who established the fund.

"Kent and Joyce Kresa have given to Caltech as institutional leaders and now as major benefactors," says President Thomas F. Rosenbaum, holder of Caltech's Sonja and William Davidow Presidential Chair and professor of physics. "Deeply understanding the special nature of Caltech, their gift will empower generations of faculty and students to push the boundaries of discovery and change the world."

According to Kresa, the gift's potential impact hinges on a quality that he and his wife found to be unique to Caltech: the fact that such a small place with such a small faculty and student body can do such big science—and make such a big difference in the world.

"Caltech is a nurturer of good ideas and new things," Kresa says. "Of anywhere in the world, the ideas per student and ideas per faculty member are probably the highest at Caltech.

"We wanted to give a gift that would allow the faculty to decide where they should spend the money, and have that available in perpetuity."

B. Thomas Soifer, the inaugural holder of the Kent and Joyce Kresa Leadership Chair, says that this kind of support will have a dramatic impact. "For years, I've kept a wish list—literally a black notebook on my desk—where I capture the most exciting ideas I hear from faculty and students. This gift will transform notes like those into tangible realities by providing unrestricted funds to support groundbreaking projects. The division's greatest contributions to science all started as ventures that Caltech had the foresight to encourage, and the Kresas' gift helps ensure that this will always be true."

Kent Kresa, who is an alumnus of MIT, believes that both universities make an enormous difference in the world. Initially attracted to Caltech by the proximity of a great research institution to his West Coast home, he soon came to appreciate both the distinctive mental stimulation afforded by Caltech's highly collaborative academic environment and his friendships with faculty and staff. During his 21 years as a trustee, he has involved himself deeply, chairing the board from 2005 to 2012 and cofounding the Institute's new Space Innovation Council.

"Over the years, Kent and Joyce have supported Caltech in many diverse and important ways," says Caltech Provost Edward M. Stolper, holder of the Carl and Shirley Larson Provostial Chair and William E. Leonhard Professor of Geology. "In addition to contributing his leadership, expertise, guidance, and wisdom, Kent is one of the Institute's most thoughtful and enthusiastic supporters. It is no surprise to all of us who have known them that Kent and Joyce once again stepped forward to support one of Caltech's most important priorities."

Although the Kresas' most recent gift focuses on PMA, their philanthropy spans divisions at Caltech. In 2009, the couple endowed the Joyce and Kent Kresa Professorship in Engineering and Applied Science. Kent Kresa is intrigued by the work of the current chairholder, Sergio Pellegrino, who is developing small satellites and devices that organize themselves in space.

"There is a lot still to do in aeronautics and astronautics," Kresa says. "I'm thrilled that there are people pushing the envelope."

A member of the National Academy of Engineering and past president of the American Institute of Aeronautics and Astronautics, Kresa worked for Northrop Grumman Corporation for 28 years, ultimately serving as its president, chairman, and CEO. Kresa has served on the boards of many organizations, including the TCW Group, the W. M. Keck Foundation, General Motors—where he was interim chairman—and Avery Dennison—where he was chairman. He also spent years with the MIT Lincoln Laboratory and the Defense Advanced Research Projects Agency.

Joyce Kresa, trained as a vocalist, became a well-known champion of the arts, education, medicine, and science. She served on the board of the Los Angeles Philharmonic and was president of the Blue Ribbon, a support organization for the Music Center.

After decades of success in aerospace, Kent Kresa sees his latest gift to Caltech as a way to express his thankfulness for a rewarding career in engineering and science and to provide similar opportunities for future generations.

"I can't think of a better place to give back to than a place that will create new things," he says. "For those who have the ability to be philanthropic during their lives or to leave something after their lives are finished, there couldn't be a nicer thing to do than to honor Caltech with some of those resources."

The Kresas join a growing list of donors who have given generously to create leadership chairs that provide funding for the president, provost, and division chairs to use at their discretion. Caltech's other leadership chairs are the Sonja and William Davidow Presidential Chair; the Carl and Shirley Larson Provostial Chair; the Otis Booth Leadership Chair in the Division of Engineering and Applied Science; and the William K. Bowes Jr. Leadership Chair in the Division of Biology and Biological Engineering. 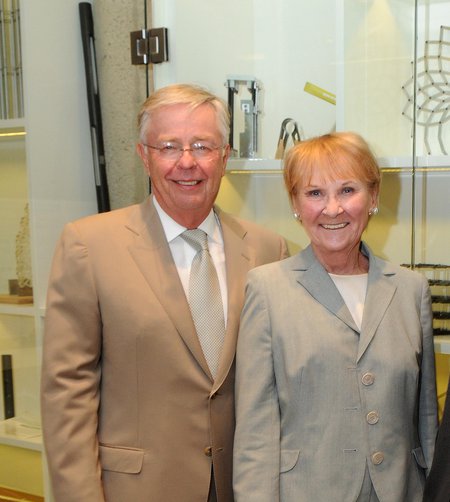 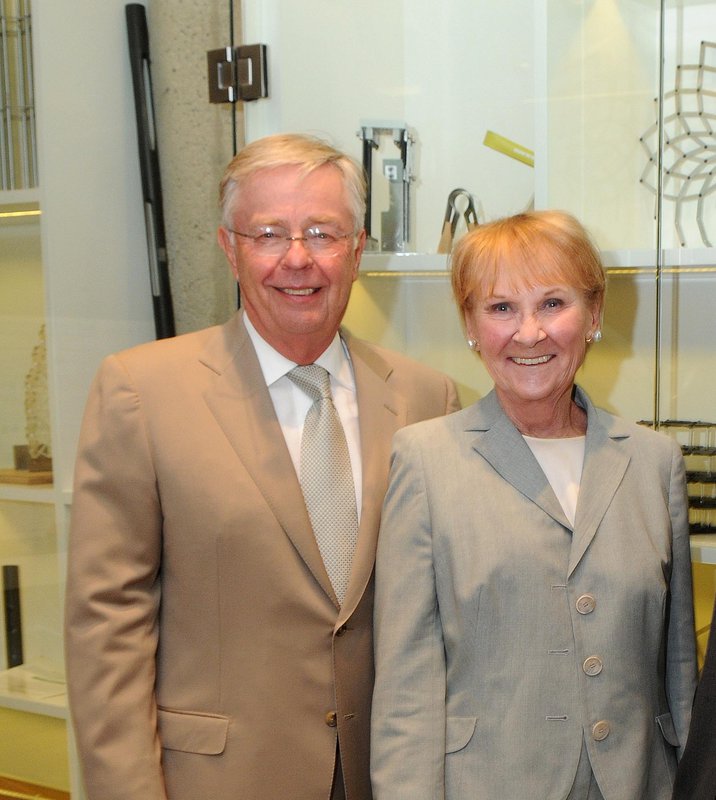