PASADENA, Calif.—When a group of gamblers gather around a roulette table, individual players are likely to have different reasons for betting on certain numbers. Some may play a "lucky" number that has given them positive results in the past—a strategy called reinforcement learning. Others may check out the recent history of winning colors or numbers to try and decipher a pattern. Betting on the belief that a certain outcome is "due" based on past events is called the gambler's fallacy.

Recently, researchers at the California Institute of Technology (Caltech) and Ireland's Trinity College Dublin hedged their bets—and came out winners—when they proposed that a certain region of the brain drives these different types of decision-making behaviors.

"Through our study, we found a difference in activity in a region of the brain called the dorsal striatum depending on whether people were choosing according to reinforcement learning or the gambler's fallacy," says John O'Doherty, professor of psychology at Caltech and adjunct professor of psychology at Trinity College Dublin. "This finding suggests that the dorsal striatum is particularly involved in driving reinforcement-learning behaviors."

In addition, the work, described in the April 27 issue of The Journal of Neuroscience, suggests that people who choose based on the gambler's fallacy may be doing so because at the time of the choice they are not taking into account what they had previously learned or observed.

The focus of O'Doherty's research is to understand the brain mechanisms that underlie the decisions people make in the real world. To study this kind of decision making in the lab, his team gets study participants to play simple games in which they make choices that result in winning or losing small amounts of money. To make these games interesting, the researchers often present simple "gambling" scenarios, such as playing slot machines or roulette.

"For this particular study, we were interested in what part of the brain might play a role in controlling these strategies that drive behavior," says O'Doherty, who conducted the study along with postdoctoral scholar Ryan Jessup.

The team asked 31 participants to complete four roulette-wheel tasks while lying in an MRI scanner. For each round, the volunteers were asked to choose a color on a tricolored spinning wheel. If the wheel stopped on their color, they won two euros. (The study was done at Trinity College Dublin.) For each round, participants were charged a half euro, regardless of the outcome. All the while, the researchers studied the brain activity of participants, with a focus on how they appeared to choose colors.

"The dorsal striatum was more active in people who, at the time of choice, chose in accordance with reinforcement-learning principles compared to when they chose according to the gambler's fallacy," says Jessup. "This suggests that the same region involved in learning is also used at the time of choice."

"The task was novel because making decisions based on either reinforcement learning or the gambler's fallacy is not rational in this particular task, and yet most of the subjects acted irrationally," explains Jessup. "Only 8 out of 31 subjects were generally rational, meaning they simply chose the color that covered the largest area in that round."

"It is very important to try to understand how interactions between different brain areas result in different types of decision-making behavior," says O'Doherty. "Once we understand the basic mechanisms in healthy people, we can start to look at how these systems go wrong in patients who suffer from different diseases, such as psychiatric disorders or addiction, that impact their decision-making capabilities." 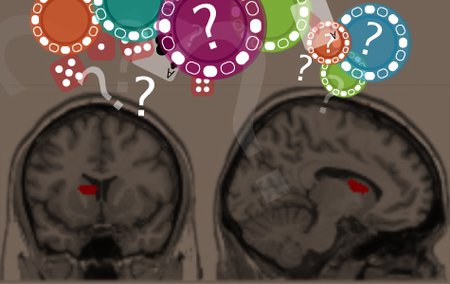 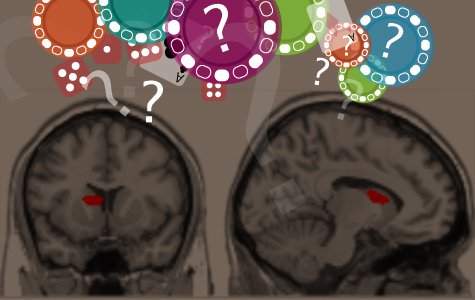